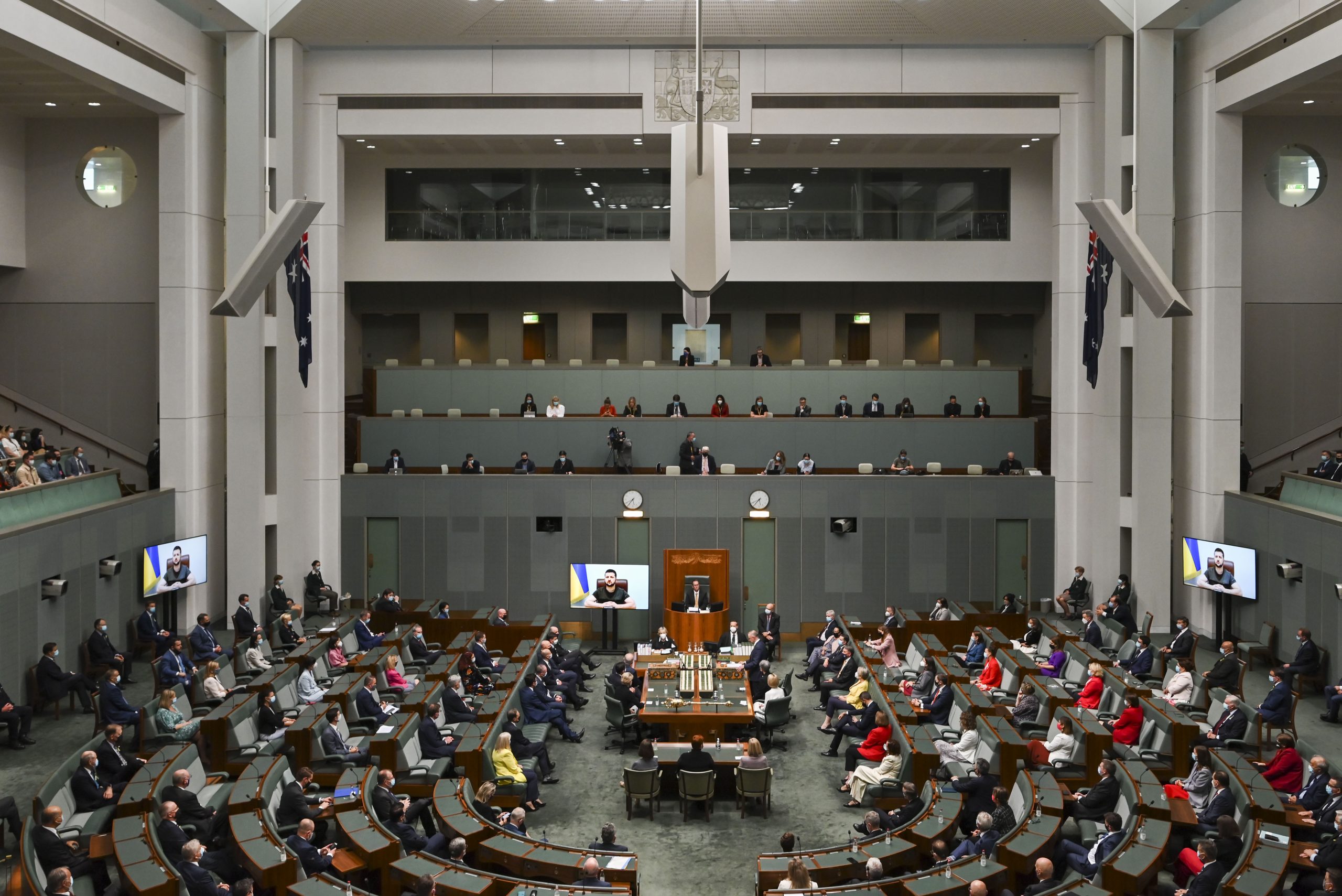 Ukrainian President Volodymyr Zelensky called for further sanctions on Russia during a virtual address to the Australian parliament on Thursday.

“The distance between our country is big,” said Zelensky, “but there is no such thing as distance to Russians’ brutality to our Ukrainian land.”

Zelensky warned of great implications to global security if Russia isn’t stopped and also spoke about what will come after the war, calling on nations and companies to invest in the restoration of Ukraine. Zelensky specifically spoke about the development of ports and cities on the Black Sea and rebuilding the naval sector.

Australia then pledged to provide “an additional $25 million AUD of defensive military assistance for the Ukrainian Armed Forces.”

The new package will include tactical decoys, unmanned aerial and unmanned ground systems, rations and medical supplies, according to a government statement.

In an earlier statement, Australian Prime Minister Scott Morrison replied to Zelensky — who he referred to as a “lion of democracy” — to express his country’s solidarity.

Australia has imposed sanctions on more than 500 Russian individuals and entities, including oligarchs with close connections to President Vladimir Putin as well as Russia’s finance ministry.

Australia has provided military and humanitarian aid to Ukraine and also announced a ban on exports of alumina and aluminum ore to Russia. Russia relies on Australia for nearly 20% of its alumina needs, according to the Australian government.