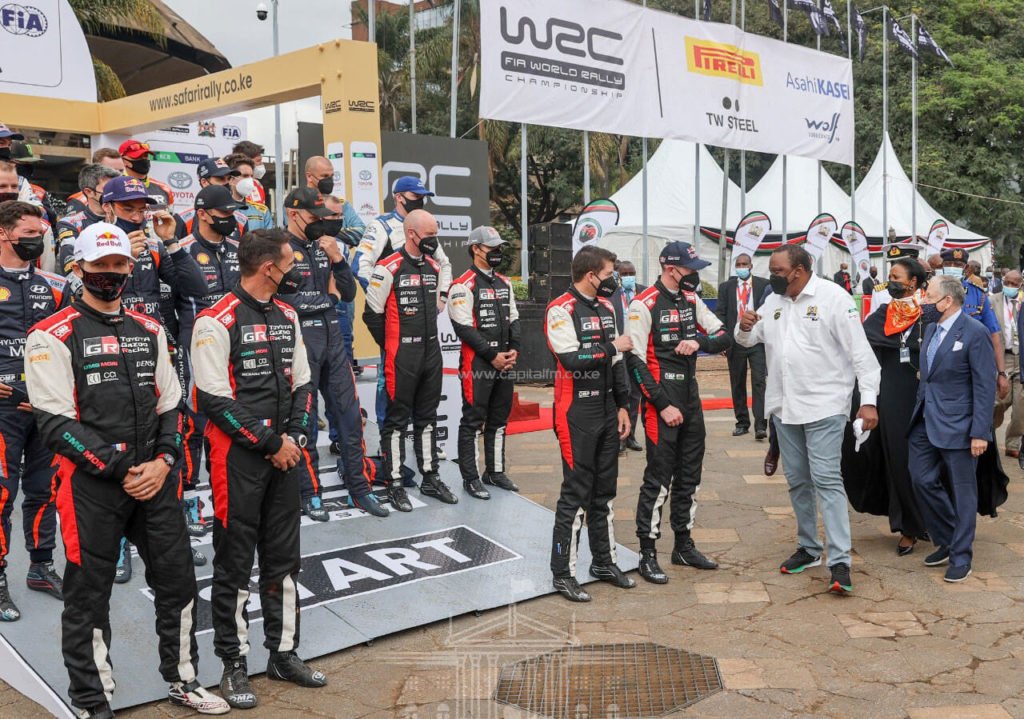 World Champion and current log leader Sebastian Ogier was among those flagged off by the Head of State before other drivers vroomed off the ramp as well.

Speaking at the flag off, President Kenyatta has said he is proud to see the Safari Rally return to the WRC calendar for the first time in 19 years, saying it is a journey that started all the way back in 2013.

“In 2013 I made a pledge to my fellow citizens that we will bring the Safari Rally back home and I also promised that I will return the Safari Rally to the top as one of the FIA and WRC toughest rallies. This call has materialised nine years later in the event we are witnessing today,” President Kenyatta stated.

After the flag off at KICC, the drivers performed stunts for spectators at the Moi Sports Centre Kasarani – a 4.8km Twin Track Super Special Stage before driving to Naivasha.