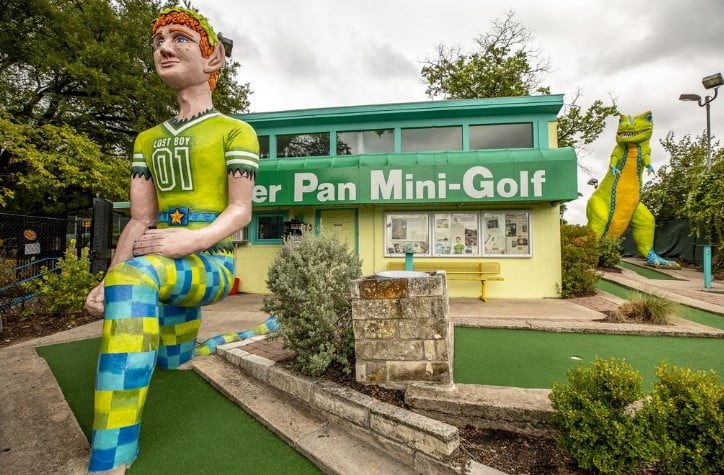 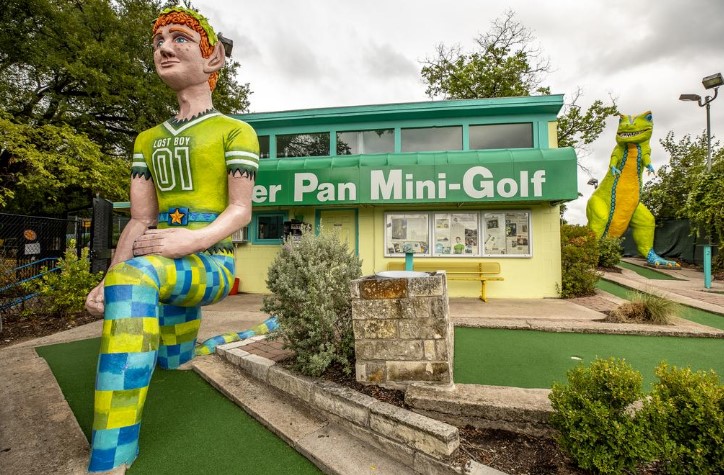 AUSTIN (Austin Business Journal) — From awkward first dates to trips with the grandkids, Peter Pan Mini-Golf has given Austinites affordable entertainment from its perch on a small hill across the river from downtown for nearly 75 years — and its owners said they are in it for the long haul.

A lot of people hope so. It’s one of those iconic Austin businesses that would yield a public outcry if it closed. It’s rare to have a quirky, bring-your-own-bottle miniature golf course that puts giant T-Rex and Peter Pan statues next to a world-class skyline. It’s just the kind of thing a city needs if it’s to be known as weird.

But the fate of Peter Pan will be tested soon. The property is caught up in a Neverland of sorts, somewhere between the public and the private sector, and sometime in the next year or so, the future of the business will be in the hands of the stewards of an unlikely government agency. And so far, there’s no telling whether Peter Pan will fly in Austin after 2024 — but the owners have high hopes as a clock ticks in the background.