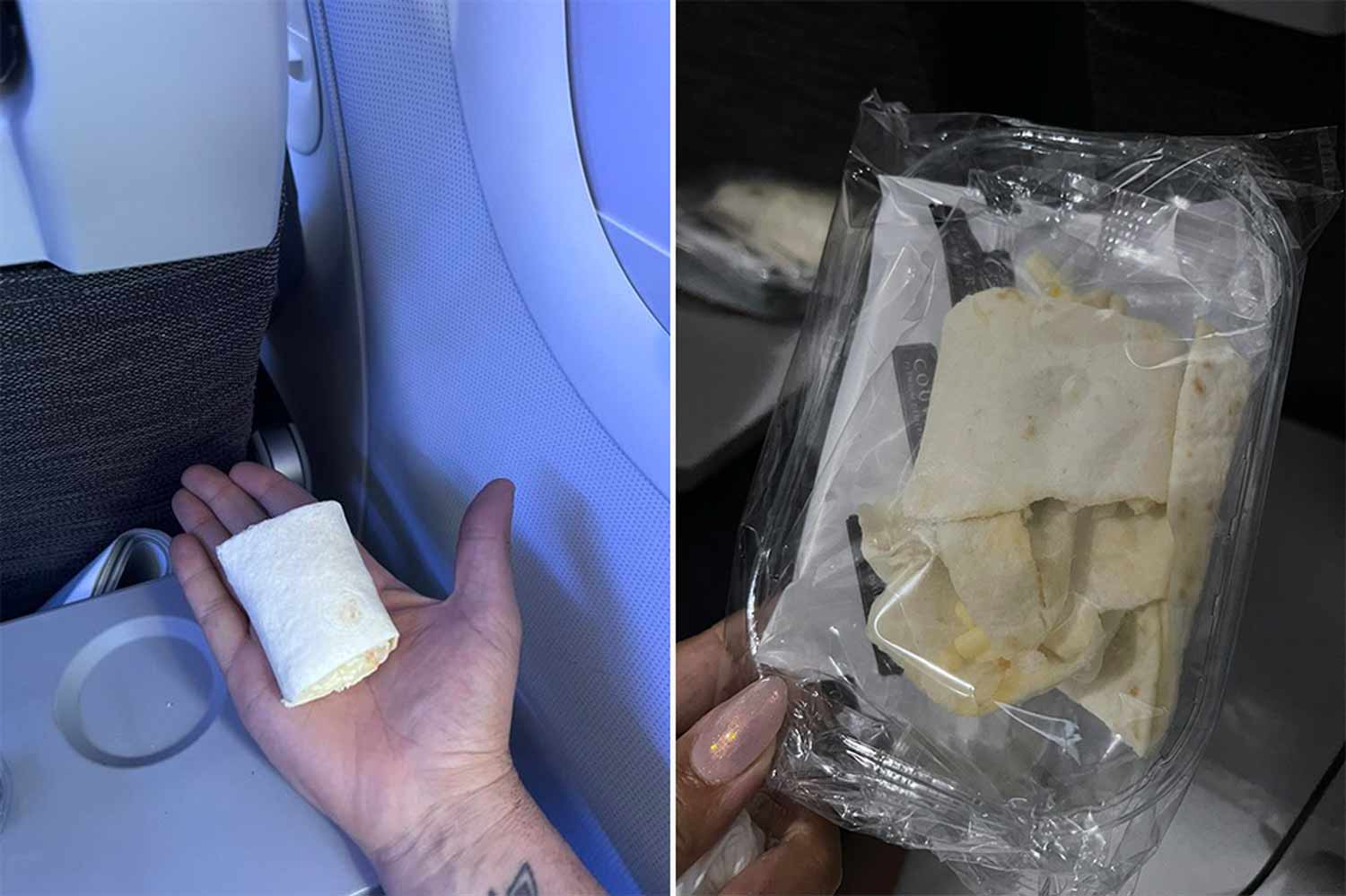 Aer Lingus passengers have taken to Twitter to vent their frustrations with the tiny wraps they were served on a recent flight. One Twitter user even went as far as to say that she spent more than €900 euros on flights, and was then served this ridiculously-sized wrap.

If you thought Virgin Australia’s Noodlegate saga or Qantas’ lack of vegetarian options on a recent flight were bad, wait until you see this: Aer Lingus are in the hot seat after serving passengers really small wraps. One passenger, Pat Phelan, posted an image of his rather grim lunch service, with the caption: “Meal 2 on a 7hr flight and yes I have normal size hands. Ridiculous @AerLingus.”

In response to his post, a cavalcade of comments ensued. Twitter user Aoife Cheung wrote: “Agreed. Not what I expected after paying €900+ for flights! @AerLingus.” She then included the following image.

This led to a broader discussion around the “race to the bottom.” While some believe this phenomenon (the trend where airlines outcompete to make themselves cheaper and cheaper) is simply a natural consequence of the market, others think the trend has worsened since the pandemic, with airlines now doing some much-needed budget repairing.

One Twitter user wrote: “The[y] charge premium prices but provide less than budget airline service. Avoid them.” Not everyone was convinced by this, however, with another pointing out that it’s the same everywhere: “And you’ll probably be saying [sic] tge same about Ryanair. So never fly again.”

Other aggrieved comments included: “What’s happening with the stinginess! God help passengers” and “That is brutal.”

Another Twitter user said: “That’s ridiculous!! It’s like a wrap was devided into four portions! @AerLingus you are gone to the dogs.”

So much for the luck of the Irish…