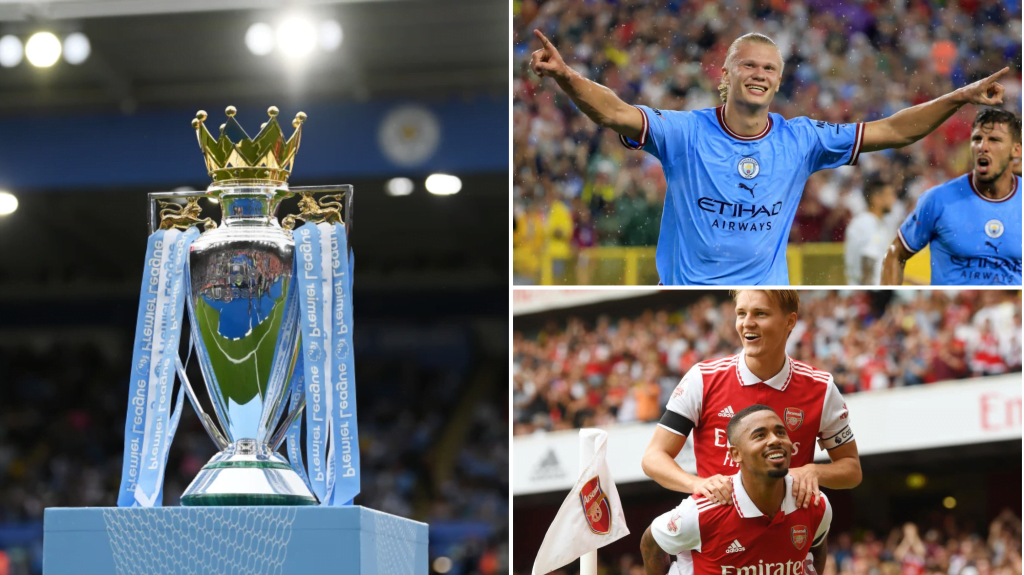 Get out your football shirts and make sure your fantasy team is ready: the Premier League is back.

The 2022/23 season kicks off on August 5 and footy fans are eager for the new season to begin and how new signings might fare at their favourite club.

Many eyes will be on Erling Haaland as he makes his PL debut for Man City, and the same is true for Liverpool’s new striker Darwin Nunez.

Fans will also be curious to see if Cristiano Ronaldo makes a start for Man United, as his future remains uncertain under new manager Erik ten Hag.

Ticket holders will also be looking forward to getting back into the stadium to cheer on their side, but which games will be on TV for the opening weekend of the Premier League season?

Here are this weekend’s features…

What Premier League fixtures are on TV this weekend and how to watch them?

Five Premier League games are available to watch on TV in the UK this weekend, including the opening game tonight – August 5.

The games on TV are:

All games on Sky Sports will be available to those of you that have a Sky Sports subscription on the following channels: Sky Sports Main Event, Sky Sports Premier League, Sky Sports Ultra HD and Sky Sports Showcase.

Sky Sports subscriptions start from £18 a month depending on which package you prefer.

Alternatively, fans can get a NOW Sports Membership for £25 a month – or a day pass for £11.99 – in order to access sky Sports channels without being a Sky TV subscriber.

Fixtures on BT Sports are available to those that have a BT broadband and BT TV package.

Subscribers to Sky TV deals can also add all four BT Sport channels with prices starting from £29.99 a month.

You can also get an online-only BT Sport Monthly Pass that lets fans access all BT Sports channels without having to be a broadband customer for £25 a month.

You may have noticed that there are no games on TV out of all the 3pm Saturday kick-offs – and there’s a reason for that.

It is in an effort to ensure that fans still buy tickets and attend games in person at stadiums across the country.

This has been the case for decades, having first been introduced by Burnley football chairman Bob Lord back in the 1960s.

Lord convinced his fellow football league chairmen that showing games on TV during Saturday afternoons would have a negative impact on attendance and club income – and it is a rule that the powers that be have stuck to ever since.

The only time that the rule has been broken was during the Covid-19 lockdowns – in fact, the 2020/21 season was the first time in the Premier League’s history that all 380 matches were broadcast live in the UK.


MORE : Mikel Arteta warns Arsenal they must be more ruthless in front of goal after Crystal Palace win