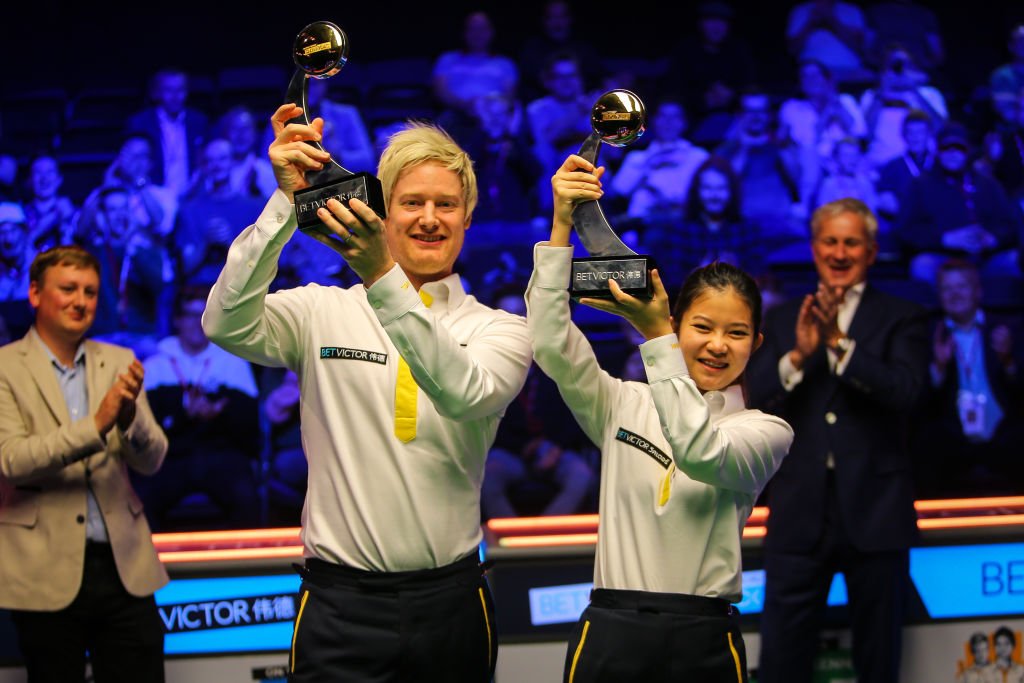 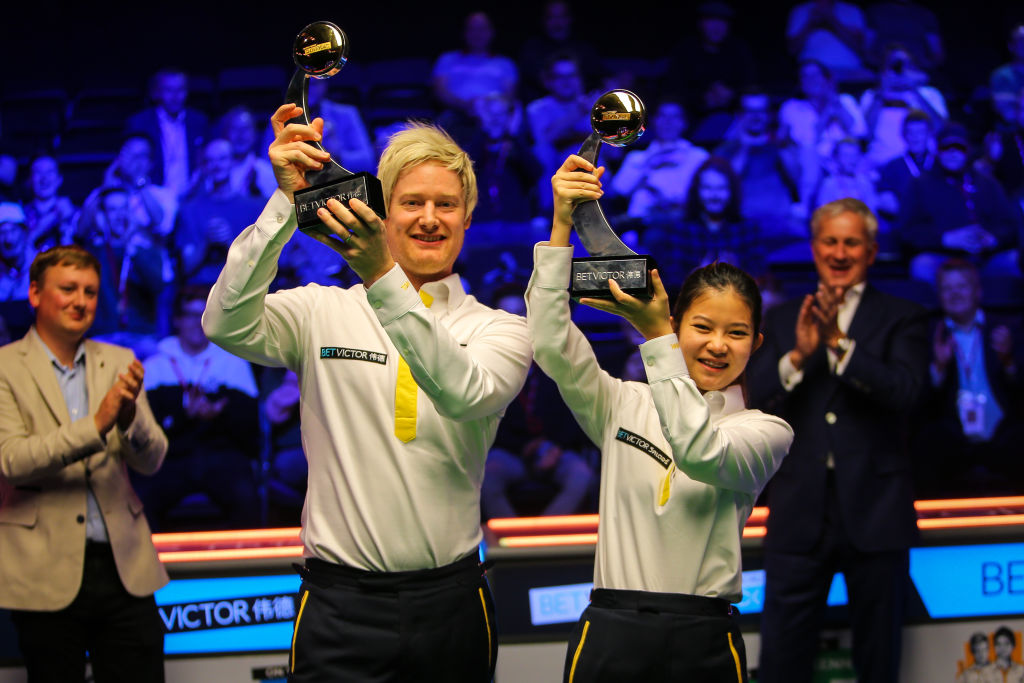 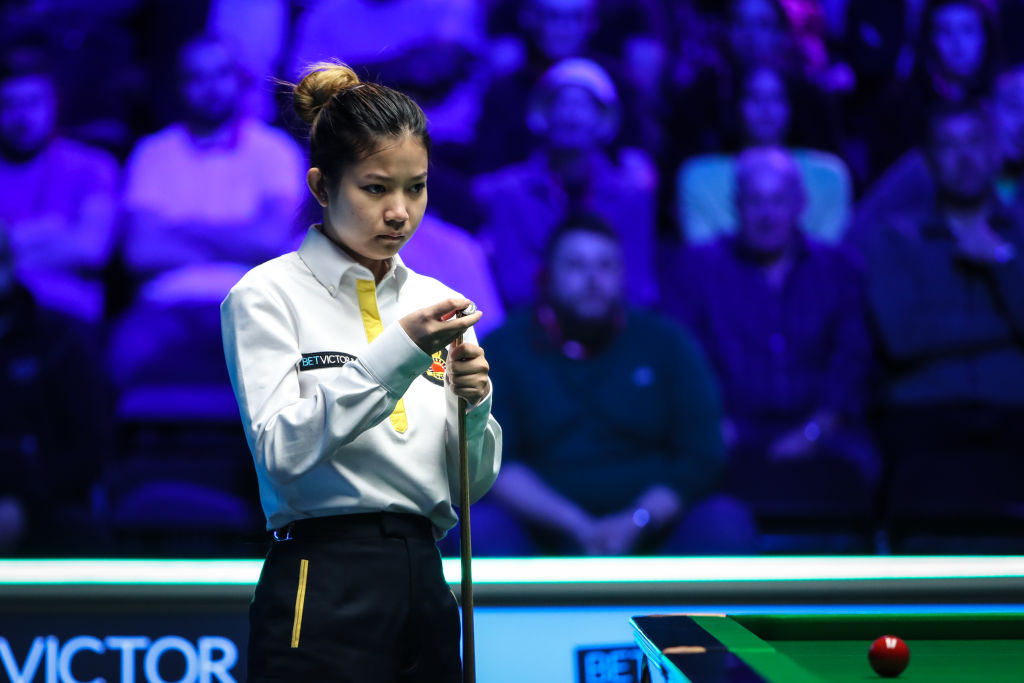 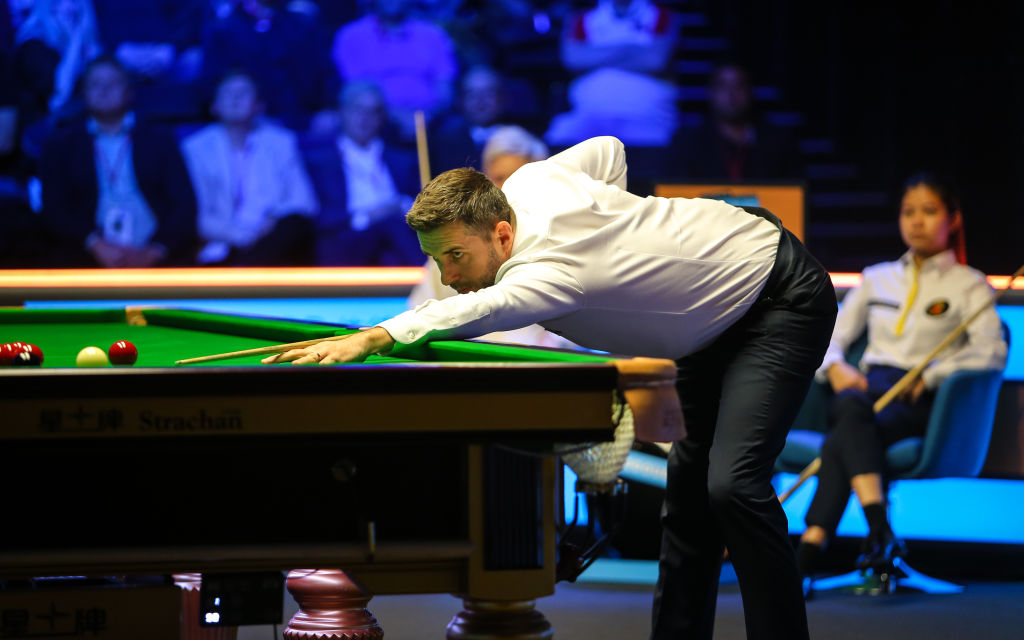 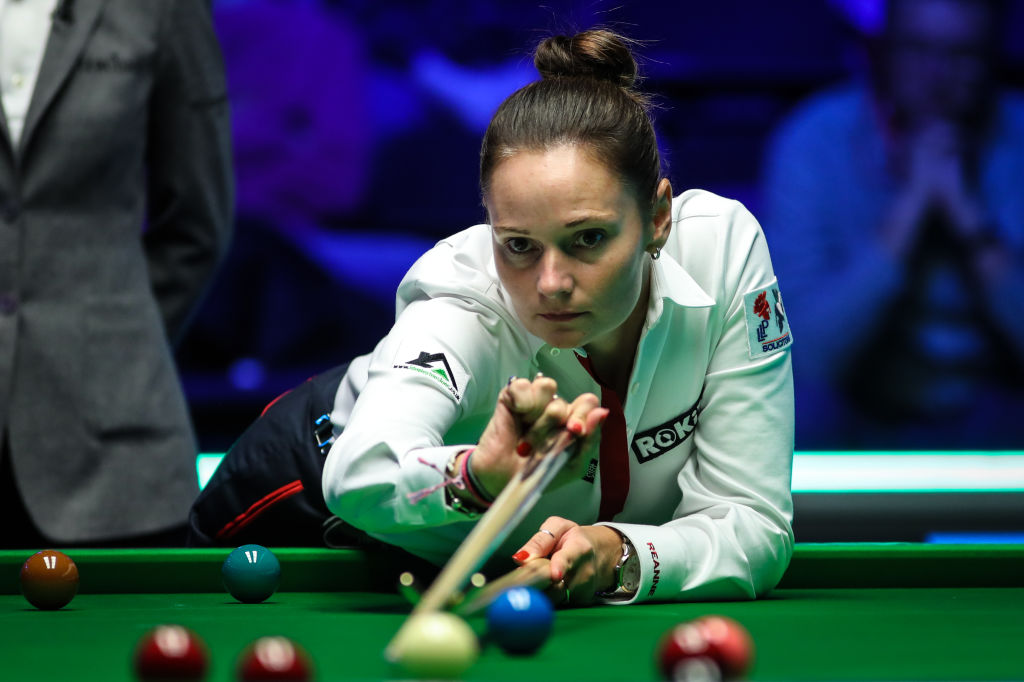 The World Mixed Doubles burst onto the snooker calendar over the weekend as Neil Robertson and Mink Nutcharut lifted the trophies on Sunday night and all involved hope it will prove to be a significant event for women’s snooker.

World Snooker Tour brought the top four male players on the planet and partnered them with the top four female stars, to play the first mixed doubles event on TV since 1991.

It also saw snooker return to ITV1 for the first time since 2001, so this was great exposure for the women who are not often given the chance to shine in front of such a big audience.

By in large they took that chance, with some memorable moments of quality from the female players, most notably from Mink who produced a superb clearance of 74 in her team’s win over Judd Trump and Ng On Yee on Sunday afternoon.

Any four players ranked outside the world’s top 64 – as the four women are – could struggle to look at home alongside Trump, Robertson, Mark Selby and Ronnie O’Sullivan, but Mink, On Yee, Reanne Evans and Rebecca Kenna did not look out of place and hopefully inspired girls watching to pick up a cue, which was a key objective of the new event.

Robertson was certainly impressed by his partner, who he only met for the first time on Saturday, as she helped their team recover from losing their first two matches to scrape through to the final and then oust Selby and Kenna on Sunday evening.

‘In some ways, Mink carried us through to the final because of her performance in our last group match,’ said Robertson. ‘Then that filled me full of confidence tonight because I knew if I made a mistake then she could take her opportunities. I’m really proud of her and it’s an amazing feeling to win.

‘I’m sure there are dads and mums out there now thinking of getting their daughters involved in cue sports. It needed something like this to give it that exposure. If you become one of the best women, this is the occasion you could play in. When I was a kid, all I wanted to do was play a match on TV against one of my heroes. Hopefully this can help give girls the same kind of dreams.’

After claiming the title, Robertson added on ITV: ‘We gave it a go. I played better than yesterday. She obviously produced that fantastic clearance of 74 which was the highest break that either of us made. She made a higher break than me over the whole competition, which goes to show how good a player she is.

‘The way she did it under pressure and the way she’s handled it there was really good. Even the last safety shot she’s played there was awesome.

‘What an occasion, 30 years since the last time [mixed doubles was on television]. Even my daughter will see little clips of this and she’s only three. I can’t imagine what it’s doing for girls a little bit older who can pick up a cue. It’s fantastic and that’s what it’s all about, it’s about showcasing the women this week, I think they’ve done it justice and it’s been wonderful to be a part of.’

Mink, the 22-year-old current women’s world champion will have won a lot of new fans thanks to her performances and likeable demeanour around the table, and she was thrilled to win, especially in such unlikely circumstances after a tough Saturday.

‘This is more exciting for me than winning the World Championship,’ she said. ‘It’s my first time playing with one of the top guys and my first time at a big tournament. It’s important for women’s snooker because so many people watched it in the venue and on television. It’s great experience for me and I want to keep improving.

‘This tournament is good experience for me and for women everywhere. I was very excited to play with Neil and with Mark, all the top four players.’

Selby and Kenna had been the team of the round-robin stage, winning all three of their matches, but came up short in the final.

‘It was good experience in these kind of conditions because I’m just not used to it at all,’ said Kenna. ‘It’s great exposure for us four to get in this kind of arena, to get this match practice and, hopefully, it’s inspired some girls to give it a go.’

Selby was the best player over the tournament, making two of the three centuries in the event, and showed great signs that he has recovered from a recent neck injury and is getting back to his best after last season was mainly focused on getting mental health problems under control.

The four-time world champion was not so focused on himself, though, and was pleased to help elevate the women’s game.

‘I’ve enjoyed it, the last two days have been great,’ he told ITV. ‘It’s not really been about the men, I don’t think, it’s been about the girls and they’ve obviously done fantastic.

‘It’s fantastic to see them play live in front of TV and get the exposure they’ve been craving for many years.’

12-time women’s world champion Reanne Evans was in a headline-grabbing partnership with current world champ O’Sullivan, and although neither could hit top form in Milton Keynes, she loved the event.

‘That was great experience being partnered with Ronnie, the way he goes about things his thought process,’ she tweeted. ‘Who better to say well played or great shot and worlds of encouragement to you. All experience, gutted I didn’t perform better but that’s snooker and was a great experience.

‘The world mixed doubles was a fantastic event staged @ITVSport great to be part of this platform for women and fantastic encouragement from the top four guys class acts. Gutted me and the rocket didn’t get our hands on the trophy but well done to @nr147 @MINK__147,’

The winning pair took home £30,000 each, which dwarves the prize money available on the women’s tour. Evans explained that the biggest cheque she has ever received for a women’s event is just £6,000, so it is a huge result for Mink, while runners-up got £20,000 each and the other pairs £10,000.

The Marshall Arena was not full to capacity for the event and much will depend on the viewing figures on ITV1 for the afternoon sessions and ITV4 for the evenings as to whether the event will return next season.

There is much hope that it will, though, after an enjoyable weekend that offered something entirely different to anything else on the WST calendar and can potentially bring in a new crowd and encourage a wave of new players into the game.