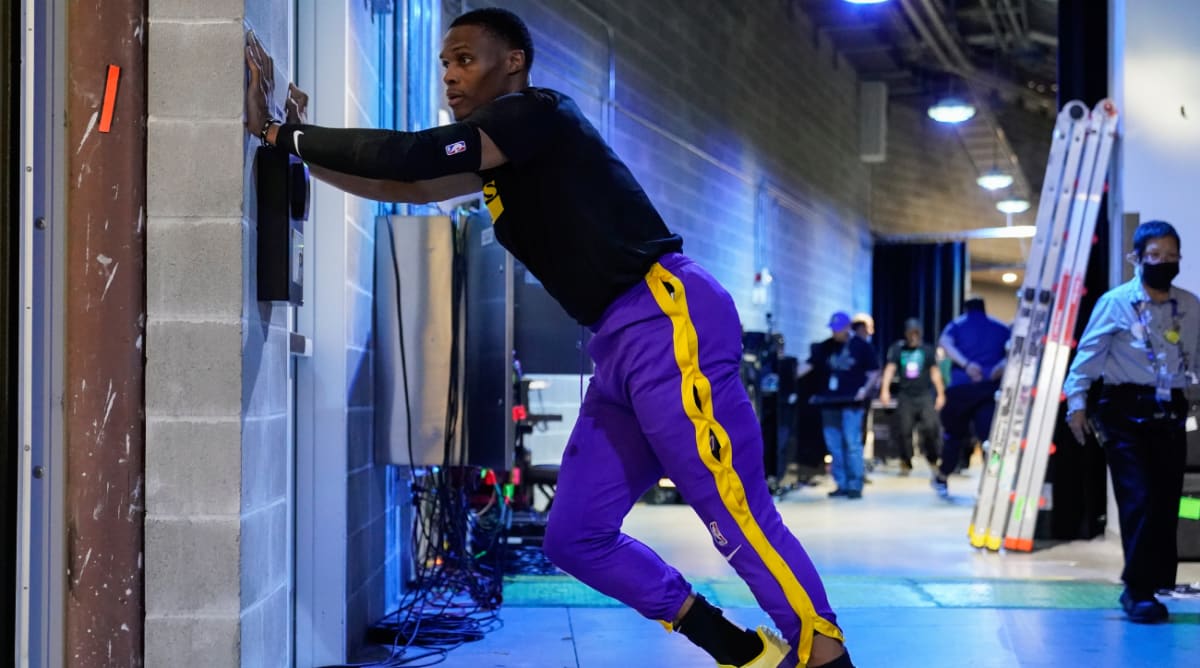 He was back in the starting lineup after a brief preseason experiment in which he came off the bench.

Russell Westbrook started the Lakers’ season opener on Tuesday, a 123–109 loss to the Warriors. It was a return to the starting lineup for the former MVP, after the team experimented with bringing him off the bench for the team’s preseason finale, as a way for him to lead the second unit.

That experiment helped lead to a hamstring injury, the 33-year-old said he “absolutely” believes. He says he struggled to get adequately warmed up to play because of the role change, and that it directly contributed to the issue.

“I’ve been doing the same thing for 14 years straight,” Westbrook said after Tuesday’s game. “Honestly, I didn’t even know what to do pregame. Being honest, I was trying to figure out how to stay warm and loose. … When I subbed in, I felt something… didn’t know what it was, but I wasn’t going to risk it in a preseason game.”

Westbrook scored 19 points and grabbed 11 rebounds in Tuesday’s game, making 7-of-12 shots from the floor. New coach Darwin Ham, who elected to bring Westbrook off the bench in that final preseason game, was complimentary of his star guard after the outing.

For more Los Angeles Lakers coverage, go to All Lakers.