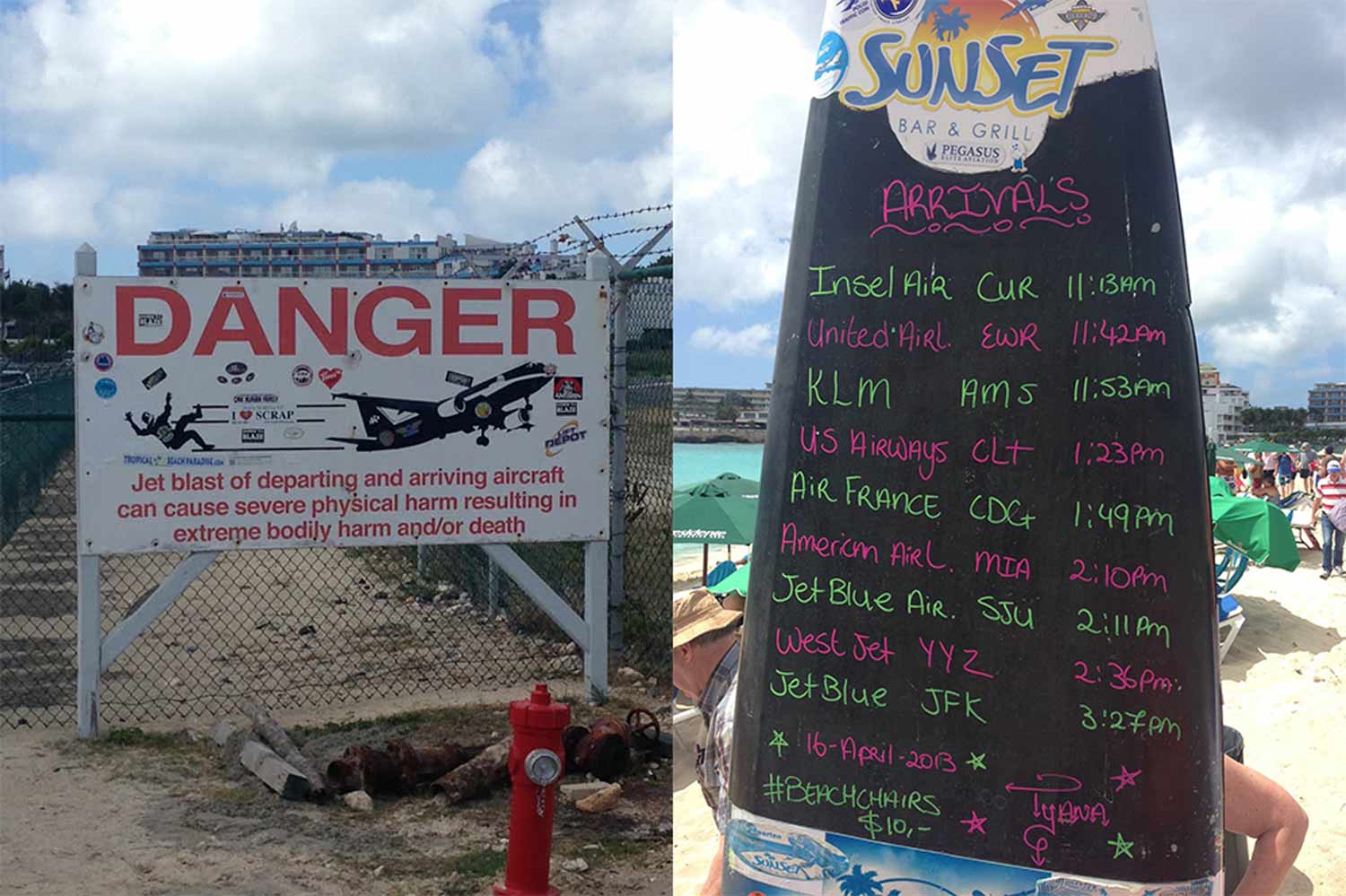 A video showing a 747 blasting onlookers at St Maarten into the water as it takes off shows the power of a 747’s jets.

A video of a 747 taking off from the Caribbean island St Maarten, resurfaced by @ilove_aviation on Twitter, has shown what can happen if you are behind a jet engine during take off. In the clip, the plane can be seen taxiing around ominously, with the palm trees of Maho beach shaking in the breeze (a bit of unintentional foreshadowing for what was next).

Next, the jet turns its backside around, pivoting until the people standing next to it are nicely ensconced behind its wing (though, at least they are behind a fence). Finally, the jet takes off (some allege the pilots hold the brakes on for longer than usual on purpose, either to help them lift over the mountain ahead or to deliberately please the crowd), whipping up a Tatooine-like wind, sending many beachgoers and plane spotters running for cover into the water. Others try to fight the blast, holding onto the fence.

This iconic plane-spotting destination for 747s is no more, with the video being posted to Youtube in 2014. The location is still a favourite with aviation geeks, however (though the Boeing 747 no longer flies to the island, with the last 747 flight from this spot taking place in October of 2016).

As for the dangerous glory days, one Youtube commenter claims: “I’m a retired flight attendant. I flew there many times. The pilots saw this as a perk of the job. Plus…you have to take off hard and fast. Mountain in front of you.”

Another Youtube user wrote: “If it can take that massive thing into the air at 500+ mph, what could it do to your body? LETS STAND RIGHT BEHIND IT AND FIND OUT!!!”

Other bamboozled netizens wrote things like: “What has fascinated me is that after all those countless takeoffs that happened there, there’s still sand on that beach” and “I did this a few years ago, as the MD-80 was lining up to take off, the Co-pilot opened his window and cheered the crowed lined up on the fence!”

“The captain spooled the engines to full power and stood on the brakes for about 45 seconds, it lifted some of us off our feet like kites holding onto the fence…. what a ride!! Thank you thanks guys!!, btw, i’m a flight student!!”

Over on Twitter similar levels of shock and awe were recorded. One commenter wrote: “Why did they even think its okay to be that close to the jumbo?” while another responded: “You must not understand. The main reason why they booked at GetBlownAwayByA747 Holidays was to get blown away by a 747.”

Another said: “There are clear warning signs before you enter this beach. Its popular with both locals and tourists. There are even places to buy food and drink right next to it. It’s kind of like some people think the risk of mountain climbing is worth it, others not.”

A 57-year-old woman from New Zealand was killed by a jet engine blast at this location in 2017. She was standing behind a fence near the runway when a Boeing 737 took off. The blast reportedly pushed her backwards, and she hit her head on the concrete.

No one had died as a result of jet blasts at the airport before 2017. Various injuries had occurred though, such as an incident in 2012, when two tourists suffered a broken leg and a head injury in 2012.

According to The Guardian, the police at the time of the New Zealand woman’s tragic death in 2017 said: “The landing and taking-off of all types and size of aircraft at the international airport of St Maarten is well known worldwide as major tourist attraction.”

“Many tourists come to the island to experience the thrills of the landing of approaching aircraft flying low above their heads and the holding on to the airport fence and standing in the jet blast of large aircraft taking off.”

“Doing this is, however, extremely dangerous.”

The post Watch As KLM 747 Blows Crowd Into Ocean At ‘World Most Dangerous Airport’ appeared first on DMARGE.