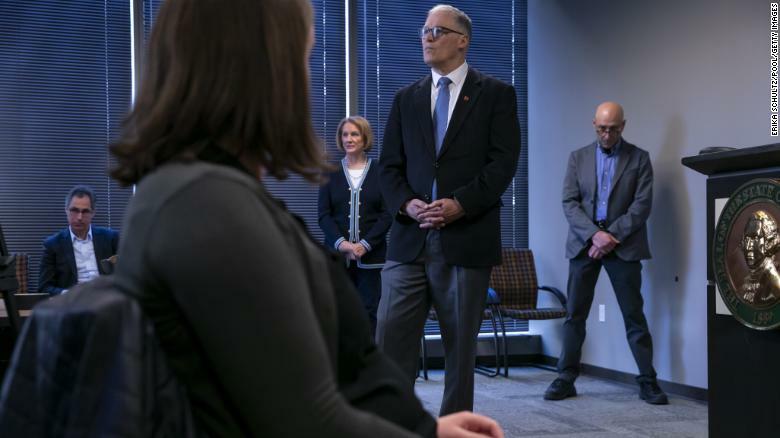 Democratic Gov. Jay Inslee of Washington state on Wednesday signed a bill that will ban the sale, manufacturing, importing and distributing of firearm magazines that hold more than 10 rounds of ammunition.

“We are not willing to accept gun violence as a normal part of life in the state of Washington. And we will not allow this scourge of gun violence to wash across our state without taking action,” Inslee said ahead of the bill signing.

The Democratic-backed measure, which goes into effect July 1, makes Washington the 10th state to enact a ban or restrictions on high-capacity magazines, defined as holding more than 10 or 15 rounds.

Under the bill, violations of the magazine restrictions would be a gross misdemeanor, punishable by up to 364 days in county jail and a possible fine of up to $5,000.

Proponents say the bill will reduce gun deaths and injuries, arguing that a shooter with limited magazine capacity would have to reload, which would give victims time to escape or intervene to disarm the shooter. Opponents say that what the bill defines as a large-capacity magazine is standard equipment on most firearms and putting such restrictions on magazines inhibits self-defense. They also say the bill would not prevent a criminal from obtaining magazines that hold more than 10 rounds.

The Democratic-led Legislature earlier this month gave final passage to the bill, which was requested by Washington state Attorney General Bob Ferguson and supported by Inslee. Ferguson, a Democrat, has been pushing for the legislation since 2016, when a 19-year-old gunman opened fire at a house party and killed three people.

A high-capacity magazine was used in both that shooting and a shooting in September 2016 at the Cascade Mall in Burlington, Washington, that claimed the lives of five people, according to Ferguson.

The bill passed the state House on March 4 in a 55-42 vote, after passing the state Senate in February by a 28-20 vote. Democratic state House lawmakers Tim Sheldon, Kirsten Harris-Talley and Steve Kirby joined Republicans in voting against the bill.

Nearly all the bill amendments proposed by Republicans, including defining high-capacity magazines as more than 30 rounds or allowing exceptions for magazines that are packaged with a specific firearm, were voted down or withdrawn.

“I’d hate to see law-abiding citizens get wrapped up into going afoul of this proposed legislation simply because they bought a standard firearm that’s been legal for decades only to realize that the standard-issued magazine didn’t fit the definition of it,” GOP state Rep. Jesse Young said during floor debate earlier this month.

Several people of color spoke against the bill during committee hearings, warning that it would weaken the ability of minority communities to defend themselves against targeted racist attacks.

Berry was working for former US Rep. Gabby Giffords of Arizona in 2011 when a gunman opened fire at a constituent event in Tucson, critically wounding Giffords, killing her aide Gabe Zimmerman and five others, and injuring a dozen more.

Senn’s friend Pam Waechter was killed in the 2006 shooting at the Seattle Jewish Federation. Senn argued that had the gunman been armed with higher-capacity magazines, “many more would likely be dead today.”

Speaking against the bill, Republican state Rep. Kelly Chambers said the legislation did not take into account the possibility of multiple attackers and mentioned her brother, who “is alive today because he had his weapon to defend himself and his family” when he was attacked by three men.

Inslee on Wednesday also signed two other pieces of gun legislation — HB 1705, a bill that would restrict so-called ghost guns, and HB 1630, a bill that would prohibit openly carrying guns at school board meetings, local government meetings and election-related facilities, including where ballots are counted.