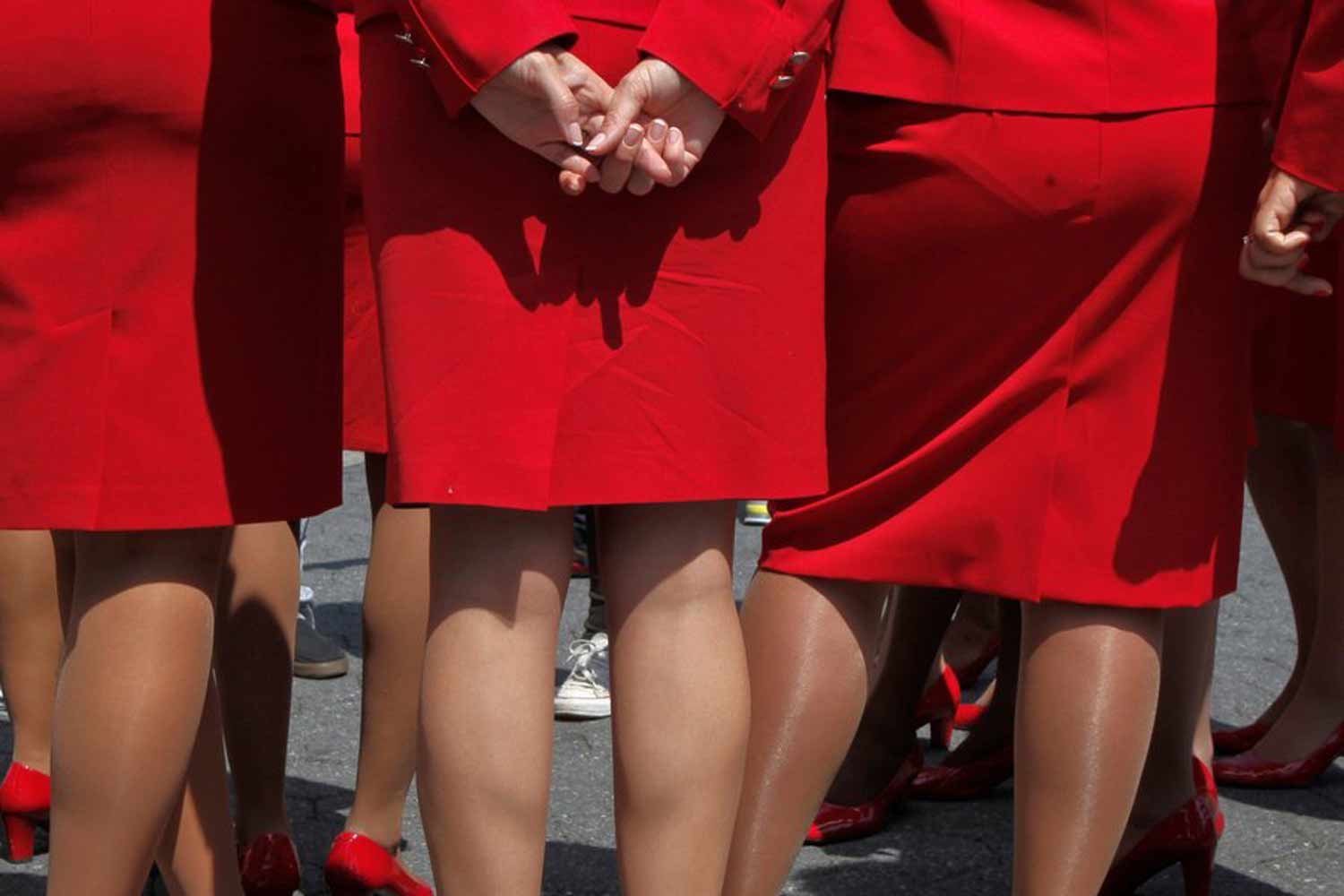 Virgin Atlantic has once again thrown the rule book for flight attendants out the window, and will now allow its male pilots and cabin crew to wear skirts.

Virgin Atlantic is a forward-thinking company. Not only did it this year become the first major airline to allow its cabin crew to rock visible tattoos, but now it is allowing its male pilots and cabin crew to wear skirts.

Male flight attendants will be able to wear Virgin’s famous figure-hugging red skirt and heels, while women can opt for a suit with a grey waistcoat, red tie and black shoes, if they so desire.

Staff and passengers will also now have the option of wearing gender pronoun badges, and the airline’s booking system has been updated so passengers can select for themselves a gender-neutral title. All staff will now undergo mandatory inclusion training, too.

The gender-neutral uniforms have been crafted by fashion designer Dame Vivienne Westwood. They are a first for the UK aviation industry, with Virgin hoping their open-minded approach in this (air) space will “cement its position as the most inclusive airline in the skies” and “give individuals the freedom to wear a uniform that best represents them.”

She said: “People feel empowered when they are wearing what best represents them, and this gender identity policy allows people to embrace who they are and bring their full selves to work”.

She also wrote: “The world is our runway.”