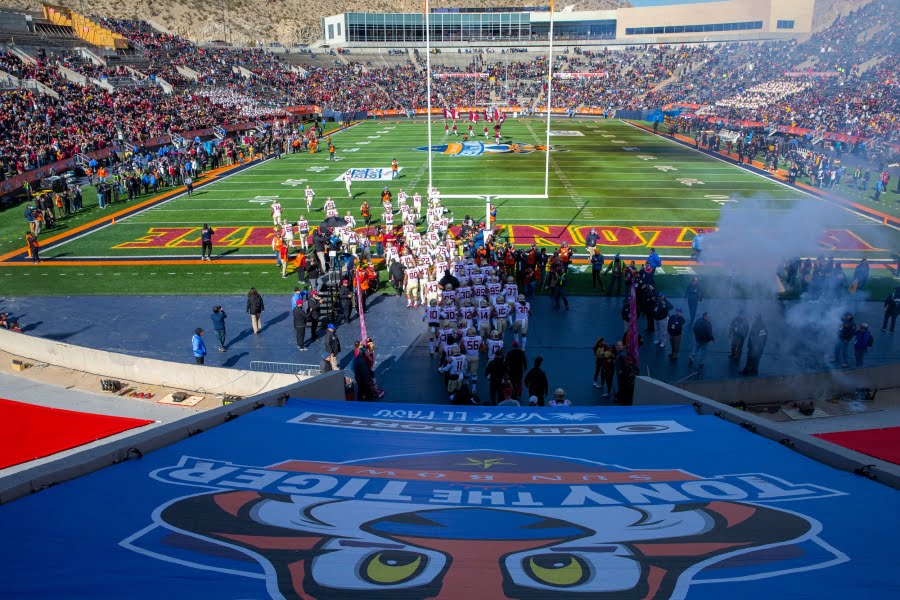 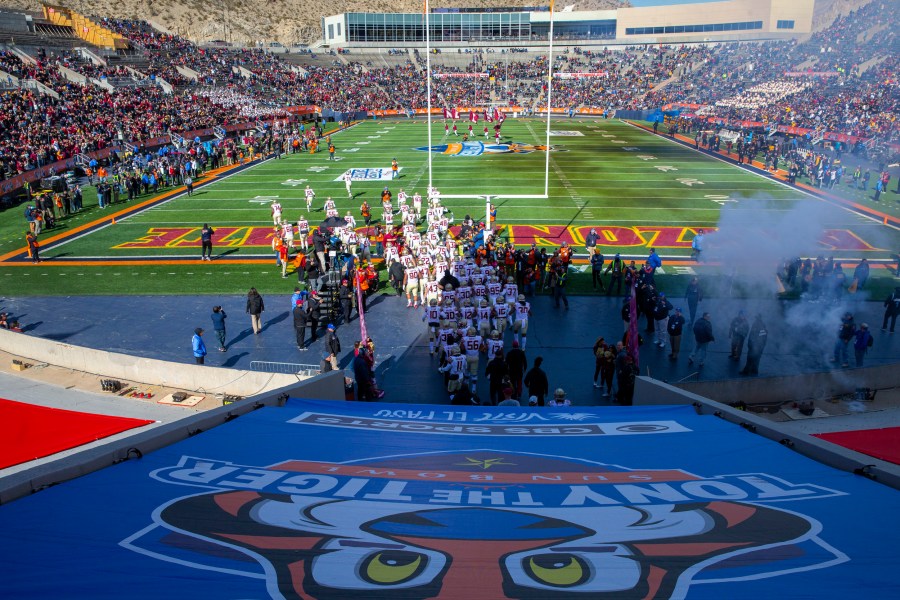 EL PASO, Texas (KTSM) — Throughout the holiday season, we hear a lot of talk about tradition. Traditional holiday meals, Christmas trees, gingerbread houses, ugly sweaters and gift giving. We all have our own traditions, and most people take these very seriously. After a tumultuous two years for the Sun Bowl football game — including a cancellation in 2020 and a near cancellation in 2021 — it too has proven to be a timeless El Paso tradition.

This year’s Tony the Tiger Sun Bowl will feature Pittsburgh (8-4) out of the ACC and No. 18 UCLA (9-3) representing the Pac-12. It’s the first time since 2016 a Top 25 team will play in the Sun Bowl, with the Bruins favored by eight points. The game will showcase El Paso on national television with the Sun Bowl airing on CBS at noon MT on Friday.

The history of the Sun Bowl is a story of its own. The first matchup was played in 1935 at what is now known as R.R. Jones Stadium on the campus of El Paso High School. Along with the Sugar Bowl and the Orange Bowl, it is the second-oldest bowl game in the country behind the Rose Bowl. This game has seen a little bit of everything, including a scoreless tie in 1940, a four-touchdown performance by Priest Holmes in Texas’ win over North Carolina in 1994, an 88-point shootout in 2005 when UCLA defeated Northwestern, and even a handful of freak snowstorms (I’m not sure what it is, but the Sun Bowl always seems to attract bad weather.)

The fact that the Sun Bowl features two Power Five conference programs playing in El Paso every year is outstanding. Nothing against UTEP or New Mexico State, but seeing major college football in our own backyard during bowl season makes this a can’t miss event. Also, the job the Sun Bowl Association does in the events put on for student-athletes at participating schools in the days leading up to kickoff in second to none. Sun Bowl Association Executive Director Bernie Olivas rolls out the red carpet for these programs, “El Paso style.” From the mariachi bands greeting the players when they first arrive in the Borderland, to Fort Bliss and El Paso Children’s Hospital visits, Battle of the Bands and even team dinners at Cattleman’s Steakhouse, it’s a first class operation.

However, as the saying goes, “we don’t truly appreciate what we have until it’s gone.” Let me say this, there’s nothing quite like losing a year (almost two) that will make you appreciate something even more. The 2020 Sun Bowl game was canceled due to the COVID-19 pandemic (along with the majority of bowl games) and in 2021, Miami pulled out of the game due to COVID-19 issues within the program. Luckily, the following day, Central Michigan was named as the replacement team which saved the 2021 Sun Bowl, as the Chippewas went on to defeat Washington State in a game that truly summed up the pandemic for me: expect the unexpected.

For my family and friends, last year’s Sun Bowl was their first, but most certainly won’t be their last (as long as the weather holds out.) Being the sports fan I am, my wife and I planned our entire wedding around last year’s game (welcome party on the 30th, Sun Bowl at noon on the 31st, New Year’s Eve party on the night of the 31st, and we traded, “I do’s” on New Year’s Day.) Talk about going all out, we braved the cold, rainy weather (it literally didn’t stop raining until after the final whistle) with a tailgate for the ages that included tamales, breakfast burritos and a couple hot adult beverages. To be honest, after all the drama we saw play out in the days leading up to the Sun Bowl with Miami threatening the game, we were all just excited to watch some college football, especially considering we almost lost out on this game for a second consecutive year. Let’s just say the wedding party wouldn’t have been happy about that.

One year later, everything is set for what is expected to be a “normal” Sun Bowl game. The ‘Sun City’ is expected to deliver another 60-degree day at kickoff, and even with the game out of its conventional New Year’s Eve slot (thanks a lot College Football Playoff,) I can’t think of a better way to end 2022. Simply put, the Sun Bowl has become a timeless El Paso tradition for my family and others alike.

Enjoy the game and don’t forget to share your photos with us at news@ktsm.com!

If you have a topic you want us to discuss on “Views from the Anchor Desk”, send your ideas to amorgan@ktsm.com.