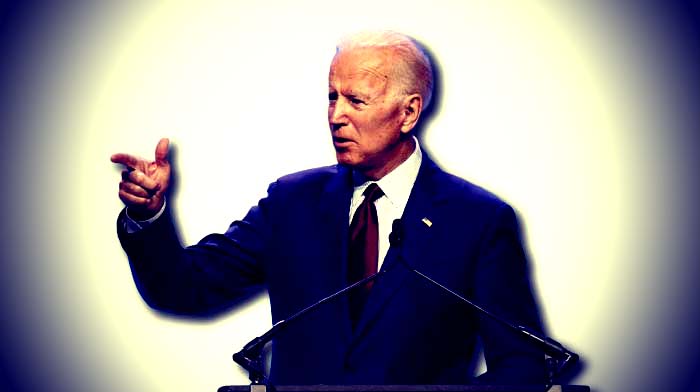 If you read Wayne Dupree, you know we love to showcase our MAGA meme artists.

We’ve got so many talented folks out there, and we love to show you their work.

Some of it’s funny, clever, or educational… and sometimes it’s all the above.

Whether it’s video memes or graphics, we really have some of the most talented people around… and the one I am going to share with you today might be familiar to you.

His name is Maze, and we’ve shared his work often.

And this latest video I just saw really hit me.

I was looking online, and I saw something Joe’s Handlers wrote about the horrific inflation numbers. Of course, they’re trying to downplay it, because it’s so much worse than anyone thought it would be.

Today’s report is a reminder that inflation is too high – fighting inflation is my top economic priority. And while the numbers today are not acceptable, they are also outdated. In the past 30 days, the average price of gas has dropped by 40 cents a gallon.

That’s breathing room for American families, but oil prices have come down $20/barrel while gas at the pump has only come down 40 cents. Oil and gas companies must pass these lower costs on to consumers.

Pay attention to that phrase “breathing room” because you’re about to see how much Joe uses it, and why he uses it.

As Maze points out in this video, it’s one of Joe’s favorite sentences, but it’s not because you’re actually getting “breathing room,” and a reprieve from Joe’s radical climate change agenda…

It’s because they’re reprogramming you so you understand that the “new” American Dream means you just barely scrape by.

That way you’ll be so thankful for all the “breathing room” your dear leaders gift you as you suffocate through the great reset.

They are again tweeting about "just a little bit of breathing room."

The new American dream is to barely get by. pic.twitter.com/vhoDGM3lFR

He’s the guy who’s squeezing the air out of the room.

Joe’s behaving like a typical old-school 90s politician, who’s using words and phrases as propaganda and manipulation tools, to “trick” the public into submission.

He’s programmed to destroy anything that doesn’t serve him or his donors and masters.