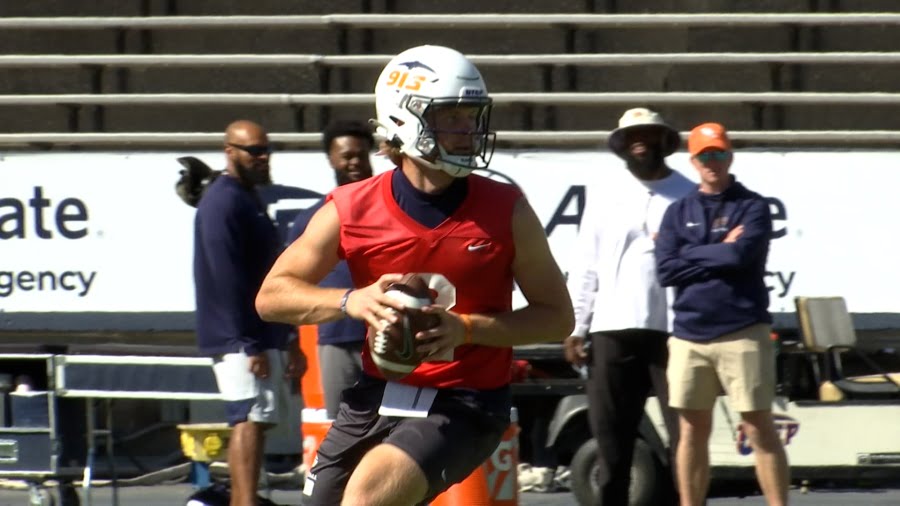 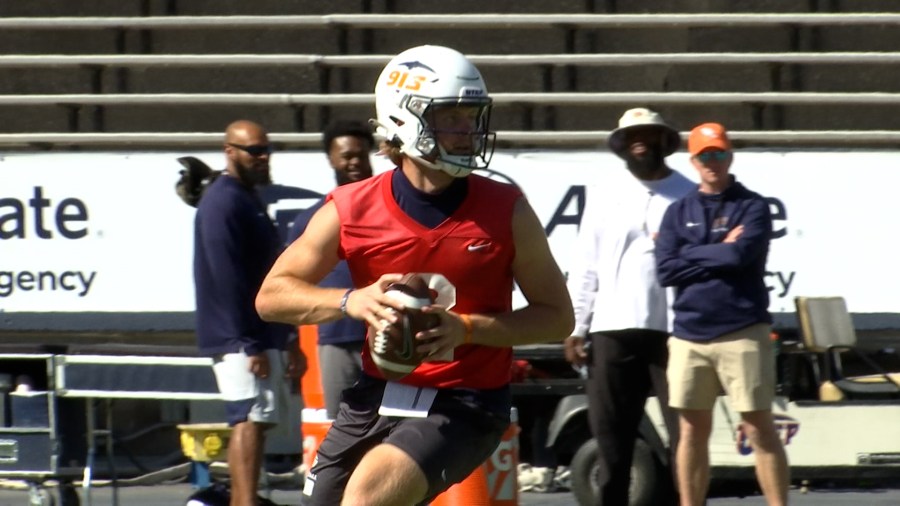 Hurricane Ian will pass through North Carolina over the weekend, likely as a tropical depression by the time it reaches Charlotte on Saturday for the 6 p.m. ET kickoff. The Miners are preparing for torrential rain when they face the 49ers.

To get ready, UTEP (2-3, 1-1 Conference USA) was dunking its footballs in buckets of water at practice on Wednesday and Thursday to allow quarterback Gavin Hardison and the Miners’ running backs and wide receivers to used to it.

“From our standpoint, it doesn’t change a whole lot. I have pretty big hands, so I don’t think it’ll affect us too much,” said Hardison.

In last week’s upset win over Boise State, UTEP ran for almost 200 yards on over 50 carries. In the rainy conditions, the run game could see a similar workload, but the Miners will adjust their play calling in accordance with how the team is handling the weather.

UTEP would seemingly like to establish the run against Charlotte (1-4, 0-1 C-USA) the way it did against the Broncos, though. Since 2020, the Miners are 5-1 when the rush for over 175 yards and the 49ers are currently second-to-last in Conference USA in run defense (204 yards/game).

“We’ll start off calling what we’re going to call and then we’ll see how that execution,” said UTEP head coach Dana Dimel. “If the weather starts affecting the execution, then we’ll temper it, not necessarily to run or pass. Sometimes it’s easier to throw the ball in the rain depending on footing. If you’re not getting footing, it make it hard to run the ball.”

After turning the ball over seven times in a loss to New Mexico two weeks ago, the Miners didn’t have a turnover vs. Boise State.

They’ll need a similar effort in terms of ball security on Saturday in Charlotte, especially with the weather conditions expected to be bad.

“Ball security this whole week of practice, I’ve been taking off my gloves to try to hold the ball and see how it feels and they’ve been wetting the ball so we can have a feel for it for the game,” said UTEP running back Deion Hankins.

A pair of UTEP players were practicing with home on their minds all week due to Hurricane Ian. Linebacker Tyrice Knight (Lakeland) and tight end Zach Fryar (Venice) are both from the Tampa Bay, Fla., area where the hurricane initially made landfall.

Fortunately for both players, their families were affected by Hurricane Ian too badly. The storm missed Knight’s family almost entirely; Fryar’s mother lost power for a few hours on Wednesday, but had it restored as of Thursday morning. Both players spent much of the week checking up on their families in the Sunshine State.

“It was a little stressful because I knew it would be rough. Last time we got hit like this (in 2004 in Hurricane Charley), we lost our house,” said Fryar. “My mom is at home alone, so I was always checking up on her.”

UTEP and Charlotte will play what could be a very soggy football game on Saturday night in North Carolina. Kickoff is set for 6 p.m.