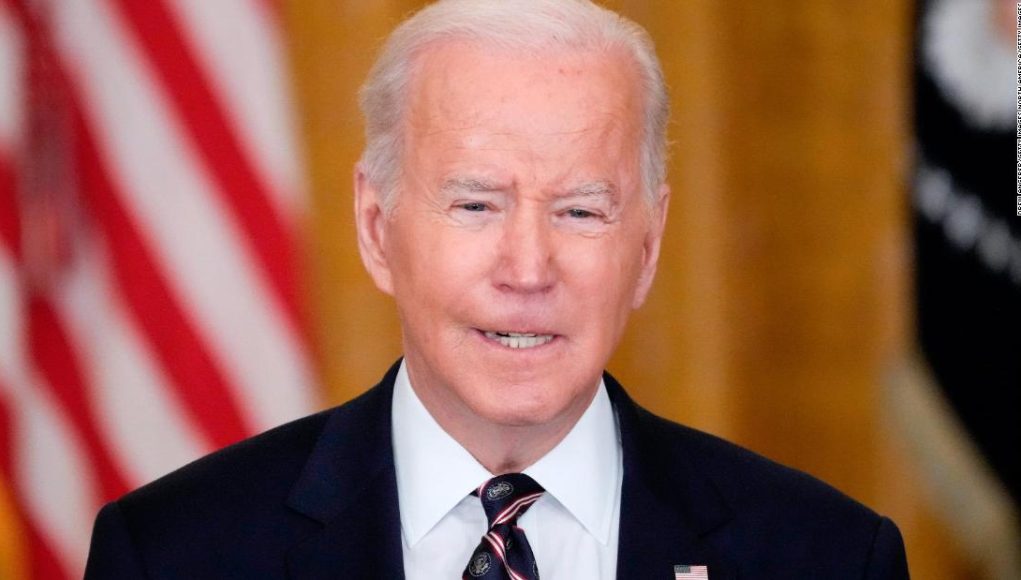 The US intelligence community believes that Russian President Vladimir Putin views the conflict in Ukraine as a “war he cannot afford to lose,” suggesting he is likely to escalate the conflict without any concern for the number of civilians killed, the US’s top intelligence chiefs told Congress.

Director of National Intelligence Avril Haines said at a congressional hearing Tuesday that US intelligence assesses Putin is unlikely to be deterred by the setbacks the Russian military has faced in Ukraine, suggesting he is doubling down on his campaign to keep Ukraine from joining NATO.

CIA Director William Burns said Putin had launched the invasion “determined to dominate and control Ukraine” based on a set of assumptions that the conflict would be successful, including that Ukraine was weak, that European allies like France and Germany were risk-averse, that he had “sanctions-proofed” his economy and that his military was capable of a quick and decisive victory at minimal cost.

“He’s been proven wrong on every count,” Burns said.

The discussion of Putin’s motivations that led to Russia’s bloody invasion of Ukraine last month — and the sweeping, crippling sanctions from the West in response — offered the most public assessment to date of the US view of Putin’s ill-fated war in Ukraine. The intelligence community — which forecast Putin’s moves in the lead-up to the invasion — testified before the House Intelligence Committee on Tuesday at an annual worldwide threats hearing.

“This is a matter of deep personal conviction for him,” Burns told the committee. “He’s been stewing in a combustible combination of grievance and ambition for many years.”

Lt. Gen. Scott Berrier, director of the Defense Intelligence Agency, said the intelligence community estimates with “low confidence” that between 2,000 and 4,000 Russian troops have been killed in Ukraine since Moscow launched its invasion last month.

Putin’s announcement last week that he was elevating the readiness status of his nuclear forces was “very unusual,” Haines told lawmakers on Tuesday. But she said that it was better understood as messaging rather than an immediate threat to the United States.

“We obviously take it very seriously when he’s signaling in this way,” Haines said. “But we do think [that] he is effectively signaling, that he’s attempting to deter” NATO from getting involved in the conflict in Ukraine, she said.

“That’s been his main purpose in doing so,” Haines added.

Haines also said that the Russian announcement that the country’s strategic forces would be placed on “special alert status” did not refer to a “technical term as we understand it within their system”.

The US intelligence community assesses that Russia “does not want a direct conflict with US forces,” according to an annual unclassified threat assessment published by the Office of the Director of National Intelligence on Tuesday.

The assessment, which was prepared in January before Russia’s invasion of Ukraine, said that Moscow “seeks an accommodation with the United States on mutual noninterference in both countries’ domestic affairs and US recognition of Russia’s claimed sphere of influence over much of the former Soviet Union.”

Moscow “views its nuclear capabilities as necessary for maintaining deterrence and achieving its goals in a potential conflict against the United States and NATO, and it sees a credible nuclear weapons deterrent as the ultimate guarantor of the Russian Federation,” according to the report.

Haines said that US intelligence believes Putin’s “nuclear saber-rattling” and public posturing are part of an effort to deter the US and NATO from engaging in the war and from providing additional support to Ukraine.
“Putin probably still remains confident that Russia can militarily defeat Ukraine and wants to prevent Western support from tipping the balance and forcing a conflict with NATO,” Haines said.

“What is unclear at this stage is whether Russia will continue to pursue a maximalist plan to capture all or most of Ukraine, which we assess would require more resources even as the Russian military has begun to loosen its rules of engagements to achieve their military objectives,” Haines said.

The Russian military, she said, is operating “with reckless disregard for the safety of noncombatants as Russian units launch artillery and airstrikes into urban areas.”

Burns predicted an “ugly next few weeks” with “scant regard for civilian casualties,” given Moscow is unlikely to be able to install a puppet regime or pro-Russian leadership in the face of opposition from the Ukrainian people.
“The Ukrainians are going to continue to resist fiercely and effectively,” he added.
Democratic Rep. Adam Schiff of California, the chairman of the committee, told reporters after the

hearing that Putin “seriously miscalculated.”
“I think it’s surely the case that Putin understands how much he has taken on with Ukraine,” Schiff said. “I think it has been a brutal realization.”

Haines said an expansive and prolonged military campaign could force Putin to reassess his goals, as opposition to the invasion among Russians continues to increase and sanctions enacted by the US and NATO begin to take effect.

“The economic crisis that Russia is experiencing is also exacerbated by the domestic political opposition to Putin’s decision to invade,” Haines said. “But what he might be willing to accept as a victory may change over time given the significant costs he is incurring.”