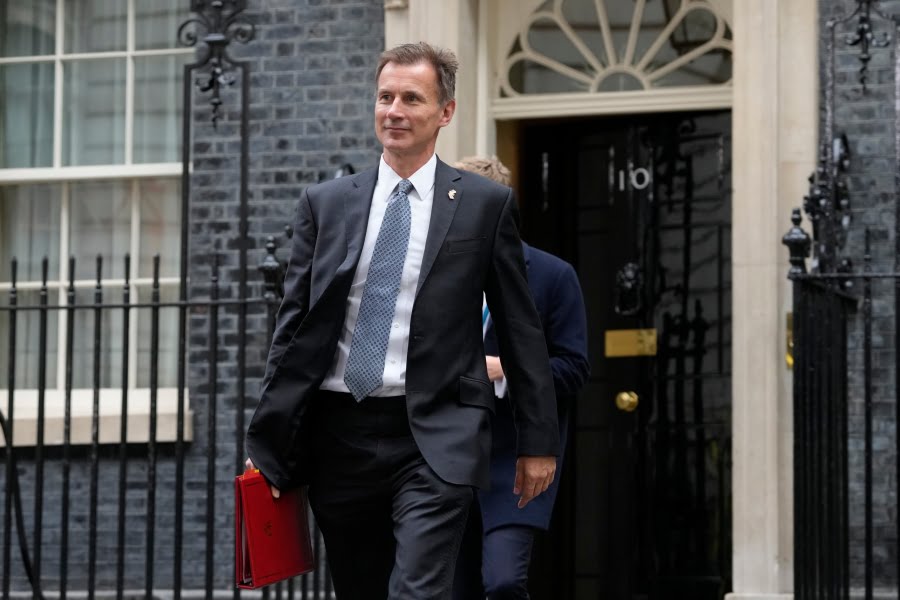 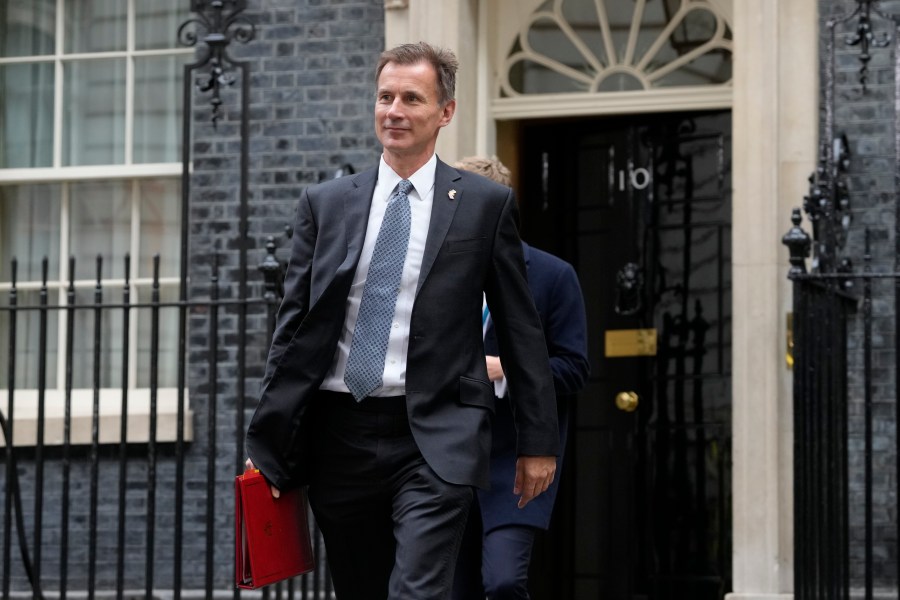 The plan will now be a full budget, with supervision by the independent Office of Budget Responsibility. The economic statement was originally set to be announced on Halloween.

“I want to confirm that it will demonstrate debt falling over the medium term, which is really important for people to understand,” Hunt said in a pooled broadcast clip. “But it’s also extremely important that that statement is based on the most accurate possible economic forecasts and forecasts of public finances.”

The timing of the statement means that the Bank of England will deliver its ruling on interest rates before the government details its new economic plan. The interest rate decision is due Nov. 3.

Hunt said he discussed the move with Bank of England Gov. Andrew Bailey on Tuesday night, adding that Bailey “understands the reasons for doing that, and I’ll continue to work very closely with him.”

Though Truss took office amid a cost-of-living crisis, the war in Ukraine and the lingering effects of the COVID-19 pandemic, her decision to announce 105 billion pounds ($116 billion) in tax cuts and spending increases without providing details on how she would pay for them unnerved investors, who warned of soaring public debt.

That undermined confidence in the government’s ability to pay its bills and raised questions about the economic credentials of a new prime minister who took office after a deeply divisive contest to lead the governing Conservative Party.

In taking charge on Tuesday, Sunak pledged to tackle economic issues head on. He announced he would retain Hunt, who had been appointed by Truss to steady the markets two weeks ago.

He also acknowledged the scale of his challenge as well as the skepticism of a British public alarmed at the state of the economy and weary of a Conservative Party soap opera that has chewed through two prime ministers in as many months.

“I fully appreciate how hard things are,” Sunak said outside the prime minister’s 10 Downing Street residence Tuesday. “And I understand, too, that I have work to do to restore trust after all that has happened. All I can say is that I am not daunted.”

Hunt said he recommended the delay to Sunak “as the best way to ensure that the decisions that we take, these very, very difficult decisions, are ones that stand the test of time and give us the best chance of giving people security over their mortgages, over their jobs, over the cost-of-living concerns that everyone has.”