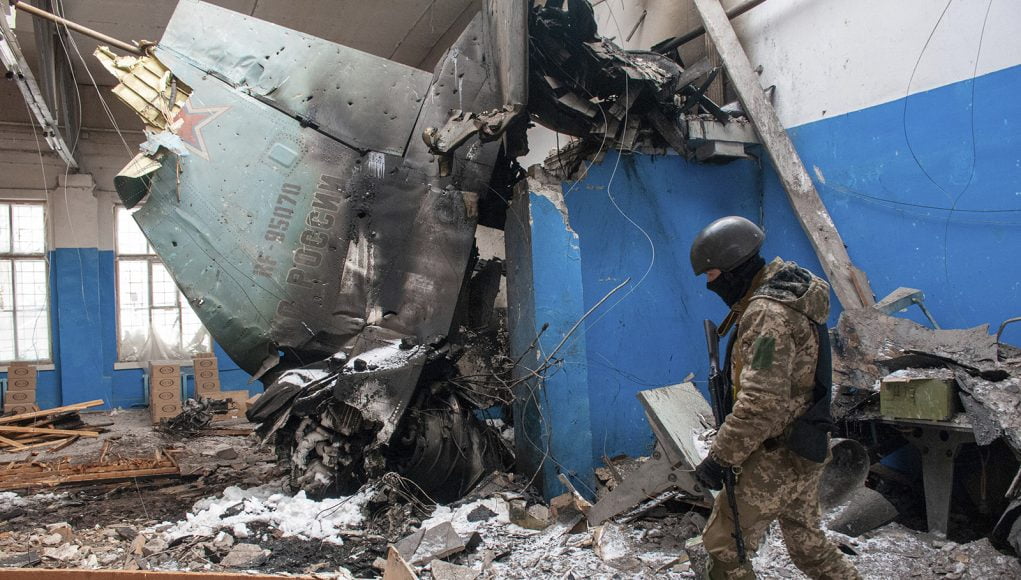 In its latest intelligence update on Russia’s invasion, the ministry said Ukraine has “probably” prevented Russia from “achieving any degree of control of the air.”

In a separate update posted Wednesday, the ministry warned the Ukrainian cities of Kharkiv, Chernihiv, Sumy and Mariupol remain “encircled by Russian forces and continue to suffer heavy Russian shelling.”

The New York Times (NYT) has pulled all its correspondents out of Russia, marking the first time in over a century that the paper will have no reporters on the ground there.

“Very sad day for the history of @nytimes in Moscow. Pulling all its correspondents out of the country. We have had reporters there continuously since 1921, with one or two short interruptions due to visa hiccoughs. Not Stalin, not the Cold War, nothing drove us out,” Neil MacFarquhar, a former NYT Moscow bureau chief tweeted.

The paper announced its formal withdrawal from Russia in a statement Tuesday, citing new legislation which seeks to criminalize journalists reporting on Moscow’s invasion in Ukraine by outlawing any references to “war.”

“Russia’s new legislation seeks to criminalize independent, accurate news reporting about the war against Ukraine. For the safety and security of our editorial staff working in the region, we are moving them out of the country for now,” said New York Times spokeswoman Danielle Rhoades Ha.