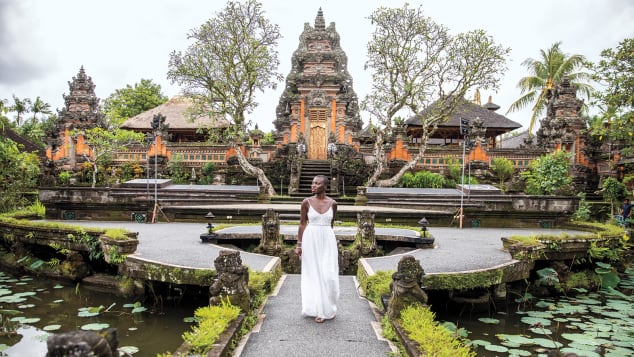 Ugandan- American travel expert and influencer made history on October 6th 2019, becoming the first black woman to visit every country in the world. This journey to 195 UN-recognized countries had taken her on more than 450 flights and over one million air miles.

Following this momentous occasion, Nabongo has since written a book: “The Catch Me If You Can” detailing her experiences travelling as a black woman and the challenges she experienced moving from country to country. Named after her popular blog, the book focuses on the 100 of 195 countries she visited.

Speaking to CNN Travel, she said, “There were a number of times where panic set in and I was like, ‘oh my god, is this going to result in public failure?”

This record has seen Nabongo join a prestigious club made up of the 400 or so people who have travelled to every country in the world – with her being the first black woman to have documented while doing so.

Speaking at her book release on Tuesday, 14th June 2022, Nabongo noted that representation is very important. “We’re so used to seeing the world through the lens of white men,” says Nabongo, who has used her own photos in the book. “And this is different. There’s obviously some uniqueness in the experiences that we have, as we exist in the world, as very different people.

“I want to tell stories about places that most people may never travel to and really use my platform to put these places in a more positive light than we usually see.

“I found a lot of beauty in a lot of places that people probably wouldn’t have expected.”

These places include Afghanistan, where she was entranced by the Shrine of Hazrat Ali, also known as Blue Mosque in the northern city of Mazar-i-Sharif, Pakistan, where she couldn’t get enough of the street food, and Iran, where she visited the ancient city of Yazd.

“You think about places like Bali, and Morocco, everybody’s going to the same destinations and doing the same things. And that’s just not interesting to me.

“But there’s Yemen, Afghanistan and South Sudan. There are so many places that people don’t think are valuable in terms of tourism, where I had an absolutely amazing time.

“I really hope that through my storytelling, there’s a reduction in bias about Black and Brown countries in particular.”

Nabongo notes that having a US passport grants her privileges that aren’t afforded to travellers of other nationalities. She further explains that she was able to travel to over 40 countries on her Ugandan passport.