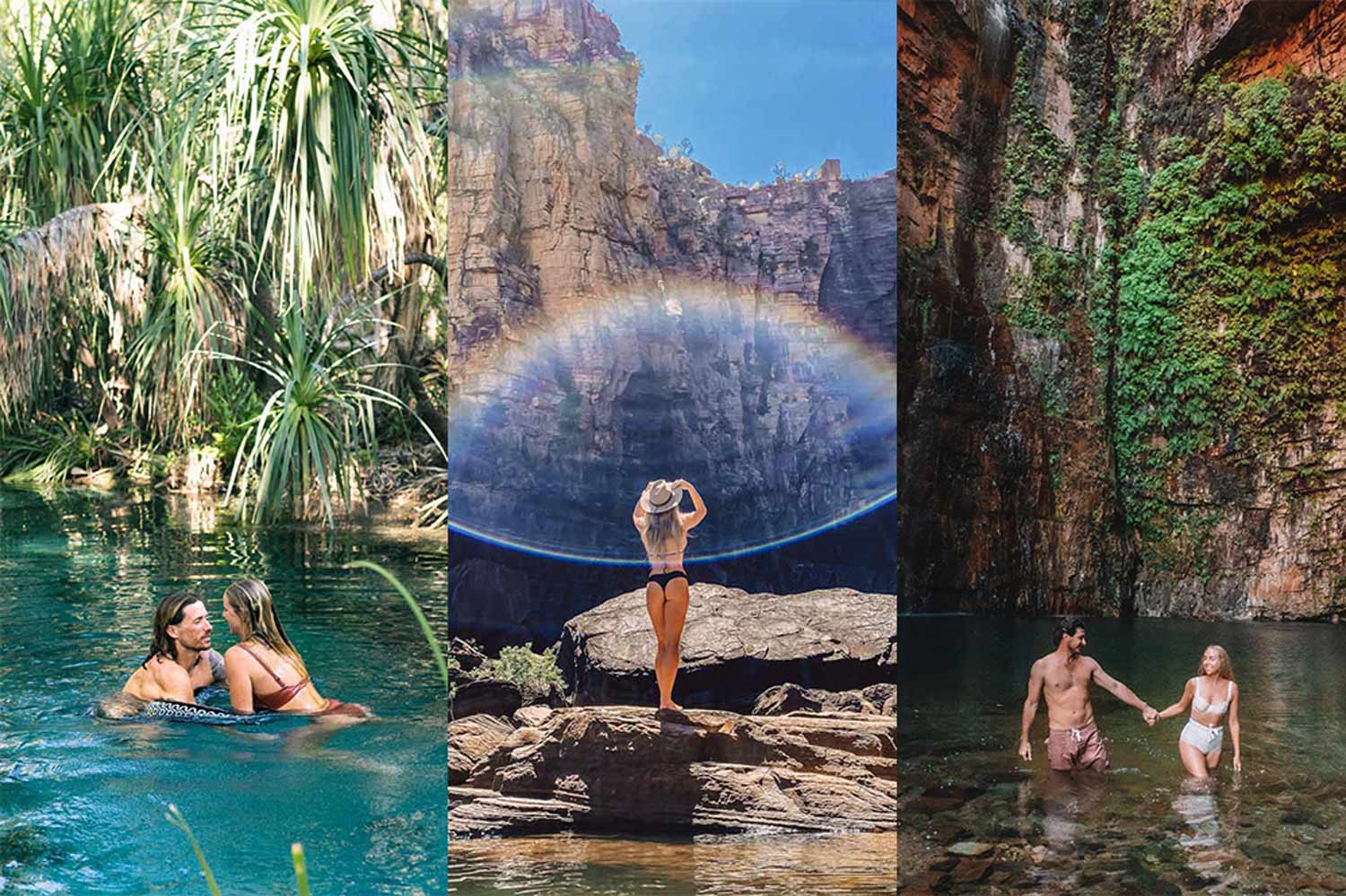 As the dry season comes to a close, travellers are flocking to Australia’s coolest outback watering holes before the rains come to flush them all out (and make access impossible).

Australia is a headf**k for tourists, and not just because of the sharks, jellyfish, spiders, crocodiles and snakes. That’s right: not only are there roads that go for hundreds of kilometres (something which often catches tourists out), but there are many places you can only visit in winter (our dry season) and vice versa.

Case in point: the latest rush against the clock, as this year’s batch of Troopy drivers and #vanlifers make their photo-gathering pilgrimages to the outback’s watering holes. Though there are some (notably the ones around Alice Springs, further south of the big ticket ones, like Ormiston Gorge) which you can visit all year round, there are many more you cannot.

With this dry season now starting to come to a close, this could be tourists’ last chance for many months to get the perfect Instagram shot or almost step on a crocodile.

One social media user wrote, as a caption to their Emma Gorge shot: “About 10 minutes after we took this photo **** nearly accidentally stepped on a croc

no word of a lie!” Another said: “How cute is this guy? Lucky for us they were only freshies” (DMARGE encourages all tourists to do their own research on croc safety before visiting any watering hole).

Emma Gorge is accessed after a hike through the desert. You are then rewarded by an awesome swimming hole surrounded by tall walls of rock covered in greenery.

Emma Gorge is in El Questro National Park near Kununurra in Western Australia’s Kimberley region. It is partly fed by thermal springs. Next month it will close for the wet season. Other gorges/waterfalls that are either only able to be visited in winter (or much better to be visited in winter), include Katherine Gorge, Bitter Springs and Jim Jim Falls.

As @hike_australia puts it of Jim Jim Falls: “Only in the dry can you hike to the falls base through monsoon forest and over boulders to experience the enormity of the surrounding cliffs… In the wet season, during the Kakadu tropical summer thundering rains, the colossal Jim Jim Falls is Kakadu’s biggest waterfall at 200m high!! The only way to see Jim Jim during this time is by air.”

There you have it. The more you know…

The post Travellers Racing To Australia’s Coolest Oases Before It’s Too Late appeared first on DMARGE.