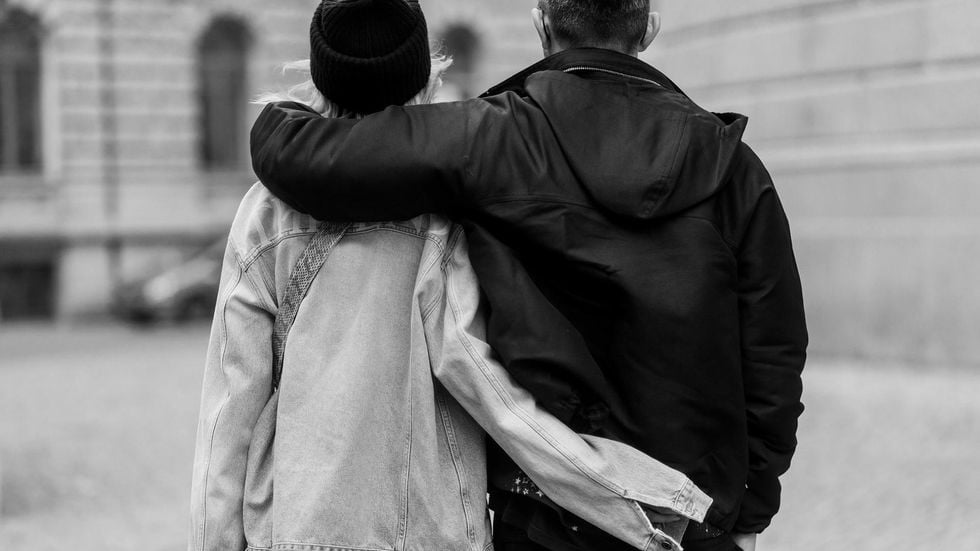 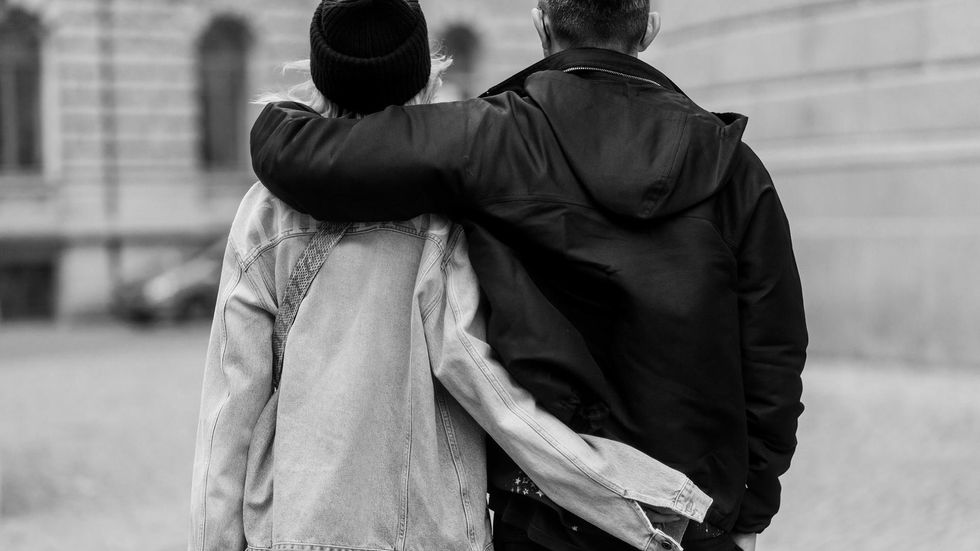 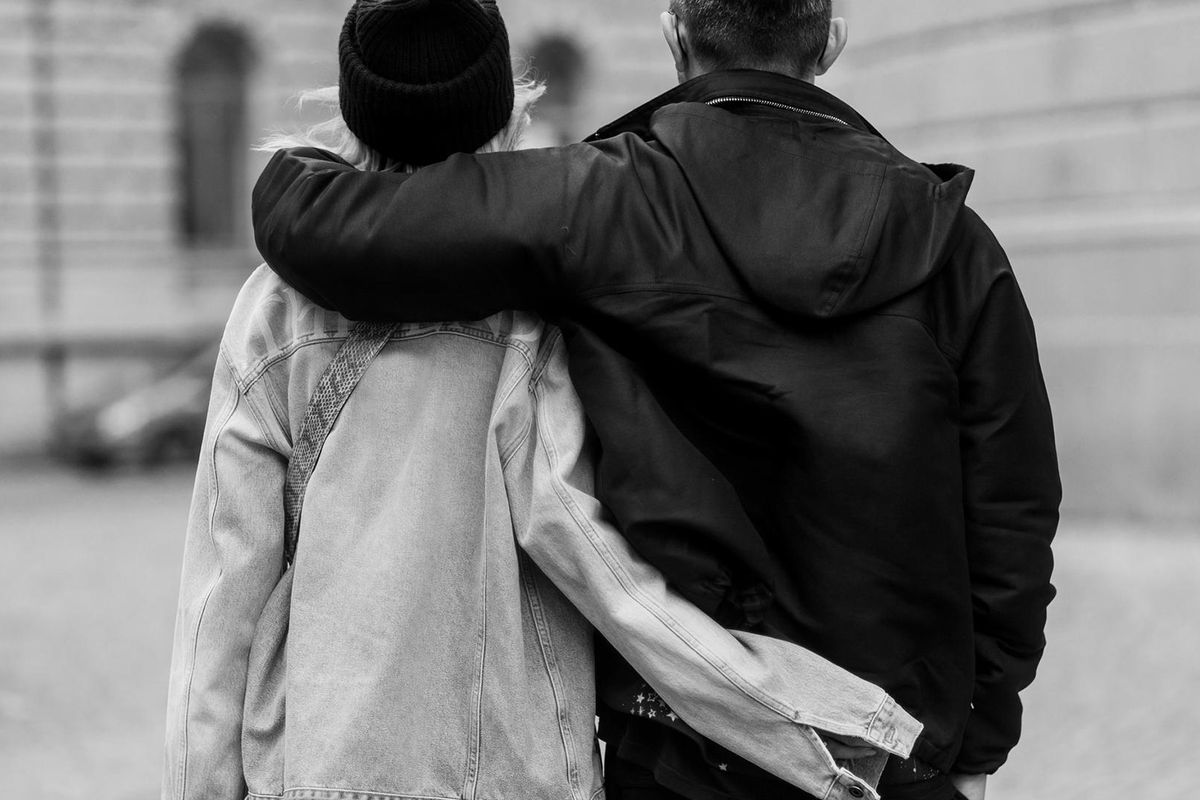 When I sat at the dinner table during my usual catch up with the girls, I listened as they echoed their frustrations with dating. My friend, a fellow trans woman, had recently broken up with a cisgender, heterosexual (cishet) man for refusing to go out in public with her after five months of being together and having sex. I looked around as the rest of these remarkable trans women—who are talented, beautiful, and one-of-a-kind—nodded, knowing all too well what that feels like. Why couldn’t we seem to find cishet men who would love us beyond the privacy of their bedrooms?

As trans women, we know that there is no shortage of men who are attracted to us. Just look at our DMs or the number of faceless Grindr profiles that explicitly state, “looking for trans.” The frustrating part is that many of these men choose to date us in secret and in the shadows of scathy hookup apps, making us rarely the girls they claim as their partner or introduce to their friends and family. I know this because I’ve lived it firsthand. Time and time again, guy after guy, I found that the common rhetoric was that it’s okay to have fun with a girl like me, but to claim me as their girlfriend?! Now that’s a different story. One that apparently comes with stigma and shame for my partner.

In the already difficult 2022 dating landscape, it’s even harder for trans women—especially for those like myself who find themselves in relationships with men who are cisgender and heterosexual—to find a partner. The secrecy and shame of said men, often associated with being trans-attracted, leaves trans women feeling robbed of fulfilling and loving relationships. It’s the trans woman who pays the price and is left questioning whether they’ll ever be worthy of being loved in the light.

The more insidious view of this reality is that as cishet men continue to be ashamed of their transgender lovers, they jeopardize our physical safety. It’s this very shame that serves as the catalyst to physical violence of trans women from our romantic partners. Trans women become a symbol of that shame, as if we are the root or cause of it, and our very existence seemingly threatens our partner’s standing in a heteronormative society.

“I’ve begun to imagine a world where men are honored to be a part of our trans experience. A world where they’ve figured out who they are outside of who they’ve been told they should be.”

These negative dating experiences can leave a bitter taste in our mouths, nevermind the lasting ramifications on our confidence and self-worth. Over the years, I began to develop my own views on trans-attracted men—and they were certainly not very good. A frustration had developed within me and I blamed these men for their shame because I knew we were worth more. But even so, I couldn’t help but wonder why our romantic counterparts are so afraid to claim us when there is seemingly no shortage of trans-attracted men? First, I wanted to fully understand how common trans-attraction is. So, naturally, I turned to porn.

A major component of the trans-attracted stigma is the misconception that these men are simply just “closeted gay men.” It’s the belief that to be trans-attracted challenges or contradicts a person’s straightness. This falsely perpetuates another misconception that trans women are not real women, which is not true. In a 2016 study conducted by Northwestern University, researchers recruited 205 men, all of which had an interest in trans women. The survey took a look at the participants’ sexual attraction patterns, relationship history, and sexual orientation. Findings from the study showed that 51 percent of participants identified as straight, 41 percent identified as bisexual, and the remainder identified as gay.

These numbers made perfect sense to me. It was apparent, based on the data, that cishet, trans-attracted men exist. But what needs to change in order to get these men to talk about their experiences and change their behavior? I dare to say that the liberation of trans women and trans-attracted men are dependent on us working together. I’ve begun to imagine a world where men are honored to be a part of our trans experience. A world where they’ve figured out who they are outside of who they’ve been told they should be.

I think about early on in my transition when I was grappling with my identity, unsure of where to turn with my transness. Luckily, there are a lot of resources that exist out there for a trans woman navigating the early stages of her transition. There are support groups, online forums, and events to help foster community. Suddenly, I was a part of a larger transgender family. Are trans-attracted men afforded the same opportunity?

“In order for trans women to truly be liberated, to be seen and respected as real women, and to experience fulfilling relationships with these men, it will require a collaborative effort to see the change we all want.”

To my surprise, there is virtually no community for trans-attracted men (of course with the exception of occasional articles that aim to create an open dialogue on the subject). Imagine navigating an attraction, one the world vilifies and shames you for, and having nothing or no one to tell you that you aren’t alone? The truth is, I can imagine it. Many, if not all trans women, can relate to the experience of living in a world that shames our existence and the isolation that’s associated with it. And oftentimes it’s through our community that we are able to resist and persist despite this.

With my jaded dating history, I couldn’t believe I had begun to feel sympathy for these men and the way that they are essentially invisible to the world. Still, I felt that I had some role to play in dismantling this stigma. Yes, cishet men are afforded an inherent privilege in our society to begin with and yes, they are able to move through life with a degree of ease that many trans women are not afforded. However, in order for trans women to truly be liberated, to be seen and respected as real women, and to experience fulfilling relationships with these men, it will require a collaborative effort to see the change we all want.

My message to the transgender community is that it’s in our best interest to include trans-attracted men in our narratives, and that it would be disadvantageous not to. We should consider creating space for these men to help them live more freely and openly, and in turn help ourselves do the same. Transgender organizations should aim to provide resources, forums, and support groups for these men. We should make it a point to share real stories of successful relationships with transgender women and cishet men to show that it can and does exist. Our goal must be focused on playing our part in dismantling the trans-attracted stigma while also standing together in solidarity. Solidarity in that we will no longer allow these men to love us in secret while also not immediately villainizing them.

My message to trans-attracted men: You have to stop loving us in secret or you will lose the luxury of knowing us at all. An attraction to transgender women is normal. It’s not a fetish to be explored in secret, and to not speak up jeopardizes our lives. While my sympathy is not a “free pass,” it’s a helping hand in doing the work. And to those men brave enough to love us out loud, thank you. You are helping us move the needle forward, and it’s only collectively that we can all live more freely and honestly.

Together, we have the power to enact real change. I hope that someday when I go to catch up with my girlfriends, they share stories of fulfilling and loving relationships with men who are proud to be our partners—because we deserve it.

This Sexuality Doula Wants You to Reimagine Pleasure

A Relationship Built on Trust and Laughter

How One Couple Found Joy Within Themselves—Through Each Other