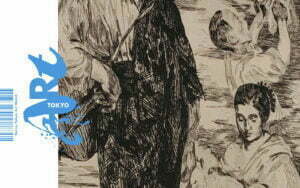 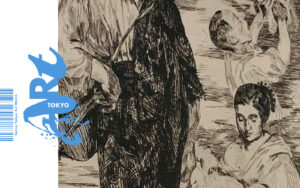 The influence of globalization extends beyond the global trade of goods and information but also brought about changes in the art world. The evolution of Japanese art from its traditional form of using materials such as folded screens and woodblock printing to contemporary art is undoubtedly propelled by historical events and foreign forces. In this month’s Tokyo Art Scene, we look into the various international influences that shape Japanese art during its respective time.

“Stroll Through The Art Of East Asia”

Sen-oku Hakukokan Museum Tokyo is bringing its East Asian Art collection from their museum in Kyoto as the third part of its grand re-opening celebration. The exhibition, which features artworks and artifacts collected by the Sumitomo family, includes several national treasures and important cultural properties from China and Japan.

Visitors first walk through an array of Chinese paintings and calligraphy from the Ming dynasty and then are introduced to Japanese artworks ranging from the Heian period to Edo period. Visitors may notice that the Japanese picture scrolls depicting landscapes and scribbled with poems resemble ancient Chinese paintings. Before souvenirs, the only way Japanese artists could share what they learned during their study trips to China was to mimic the essence of the artworks. As time progresses, these Chinese influences would mold into Japanese traditional art.

The shift in the European art movement from the well-accepted academic art to the deviant realist modern art can be marked by Edouard Manet. With rough brushstrokes that rival the smooth details of academic paintings, Manet portrays ordinary people doing mundane activities in his work. Throughout October, Nerima Art Museum commemorates Manet’s legacy by showcasing some of his pieces along with a collection of modern Japanese artworks which takes heavy inspiration from the French painter.

Viewers can first gaze upon realist and impressionist paintings by artists such as Gustave Courbet and Claude Monet and take their time enjoying the Manet collection which includes a broad selection of his etching works. The exhibition’s second half highlights the influence of impressionism and Manet in Japanese modern art, consisting of artworks by early 20th century painters such as Sotaro Yasui, along with two contemporary artists Miran Fukuda and Yasumasa Morimura.

Social and political movements in the 1960s gave birth to the art movement Mono-ha (meaning “school of things”), characterized by incorporating natural and artificial materials in an artwork. The Japan-based movement was led by several artists, notably South Korean-born and raised Lee Ufan. Lee resorted to visual art to express his frustrations with South Korea’s military government, which resulted in decades of experimentative art. The National Art Center, Tokyo is currently exhibiting some of Lee’s sculptures and paintings to commemorate their 15th anniversary.

The exhibition showcases installations from the Mono-ha movement. Lee’s “Relatum” series, which involves the use of industrial and raw materials, is on display. Some rooms encourage interaction with the art. Visitors step into a room filled with stones, allowing them to feel the sensation of walking through rubble and hear the clacking sounds as shoes meet rocks.

Moving on from 3D objects, Lee enters the world of the canvas and plays around with dots, lines and color gradation. Visitors will have the opportunity to take a good look at some of Lee’s paintings.

“The Elephant in the Room” by Mayumi Yamase

Wandering off from the art styles of preceding exhibitions, Lurf Museum in Daikanyama currently hosts Mayumi Yamase’s solo exhibition which features a recent collection of vibrant artworks. The Japanese contemporary painter grew up loving American cartoons and flew out to the United Kingdom to study the arts. The cultivation of Japanese background with Western pop culture influence resulted in a fun mix of colorful bean shapes on canvas, which became the defining characteristic of Mayumi’s paintings.

Painting becomes an outlet for Mayumi to express her emotions. Her solo exhibition entitled “The Elephant in the Room” attempts to convey a message which underlines the relationship between an artist and their craft.

These exhibitions serve as a reminder of the diverse thought and craft that goes into centuries of Japanese art. It is fascinating how the form has branched away from traditional conventions and gave birth to the various art styles we see today. Let’s celebrate Japanese art and its influences.