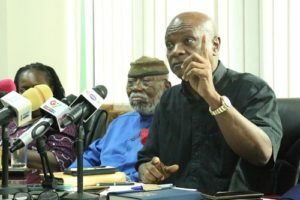 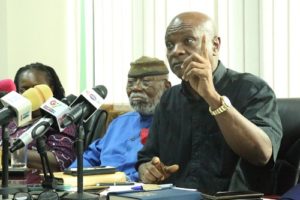 Executive Chairman of Hearts of Oak, Togbe Afede XIV, has hinted that there will be changes to the club’s leadership after their Annual General Meeting (AGM) on November 30.

The Phobian Club are expected to hold its AGM in Accra next month with all stakeholders expected to participate in the function.

Following the club’s elimination from the Confederations Cup, Vincent Sowah Odotei and Alhaji Akambi have come under pressure with some sections of the fans calling for their dismissal.

Commenting on the happenings in Hearts of after their 1-3 aggregate loss to Real Bamako, the club’s board chairman and bankroller explained that he was ready to bring on new members to help his administration.

“I think it is appropriate for anybody to say that we make some changes to the current board but we are looking at doing that after the AGM next month,” he said.

“It is something I am looking at because we have a board that has been in existence for the last 11 years and there must be some changes.

“We must first of all deal with the AGM and then we know the way forward. I promise it is something I really want to look at.”

With the exit from continental football, Hearts will turn their attention to the betPawa Premier League and will take on Babiani Gold Stars.