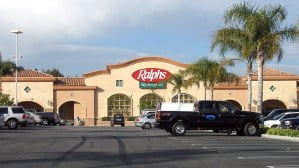 Thousands of unionized retail workers from the U.S. Mid-Atlantic to the West Coast are lobbying regulators and lawmakers as part of a broader effort to nix the $25 billion merger between supermarket operators Kroger — parent company of Ralphs — and Albertsons, parent of Vons.

“There is no way that this is going to be good for workers,” said Maggie Breshears, who works in the pickup department at a Kroger-owned Fred Meyer in Seattle. “I wish they would put their money toward trying to lower prices and increase wages, rather than gobbling up the competition.”

Four local chapters of the United Food and Commercial Workers International told Reuters they are assessing their options for lobbying and coordinated action against the deal, including potential strikes. The chapters together represent about 100,000 Kroger and Albertsons workers including those in Colorado, Wyoming, California, Ohio, Maryland, Virginia and Tennessee.

The opposition comes amid strong support for hourly workers in America from Democratic lawmakers and the White House, giving labor greater influence on the outcome of the deal.

Kim Cordova, president of UFCW Local 7, said she had “some preliminary conversations” with Colorado’s Attorney General about possible store closures and job losses following the deal. She is also placing calls to elected officials in Washington and is planning to hire an antitrust attorney to represent the workers.

In an interview with Reuters last Friday, Kroger chief executive Rodney McMullen said the combined entity, with over 5,000 stores and $47 billion in sales, could better compete head-to-head with “larger, non-union” grocers – a reference to players such as Walmart Inc and Target Corp, both of which also sell groceries.

Kroger and Albertsons said they are willing to divest up to 650 supermarket stores to secure regulatory clearance for their merger, but workers said they fear the rocky track record of such deals.

They cite the bankruptcy of Haggen, a retailer in Washington, which bought more than 100 stores that Albertsons had sold to win approval for its merger in 2014 with Safeway. Haggen filed for bankruptcy a year later, closing many stores, and blaming Albertsons for driving it out of business.

According to the UFCW International, workers at roughly 1,800 of Kroger’s 2,726 stores, and at a “majority” of Albertsons 2,200 stores are members.

Kroger said in an emailed statement the proposed merger would help secure union jobs and that it would invest in increasing wages and other benefits.

Albertsons did not respond to a request for comment.

Bryan Doherty, a spokesperson for the UFCW International, told Reuters it plans to request more information from the retailers about possible store closures and layoffs.

On Monday afternoon, representatives of UFCW International met with nearly 100 local UFCW chapters on Zoom to discuss the merger and their collective response to it. All agreed that they opposed the merger, a person who attended the meeting said. “What is the biggest way to have an influence on this process?” was the key question, the person added.

Local 7’s Cordova said “We’re hoping the Biden administration jumps in” to oppose the merger. Senators who scrutinize antitrust issues expressed “serious concerns” about the deal’s impact on food prices and promised to hold a hearing next month about it.

Last Friday, U.S. Senator Elizabeth Warren said in a Twitter post that she opposed the merger, adding that it would result in layoffs as well as higher food prices and weaker supply chains.

Workers told Reuters that Kroger has not yet held conversations with the union to discuss the merger. Albertsons reached out to the union, offering to “keep lines of communication open,” Mark Federici, president of UFCW local 400, told Reuters.