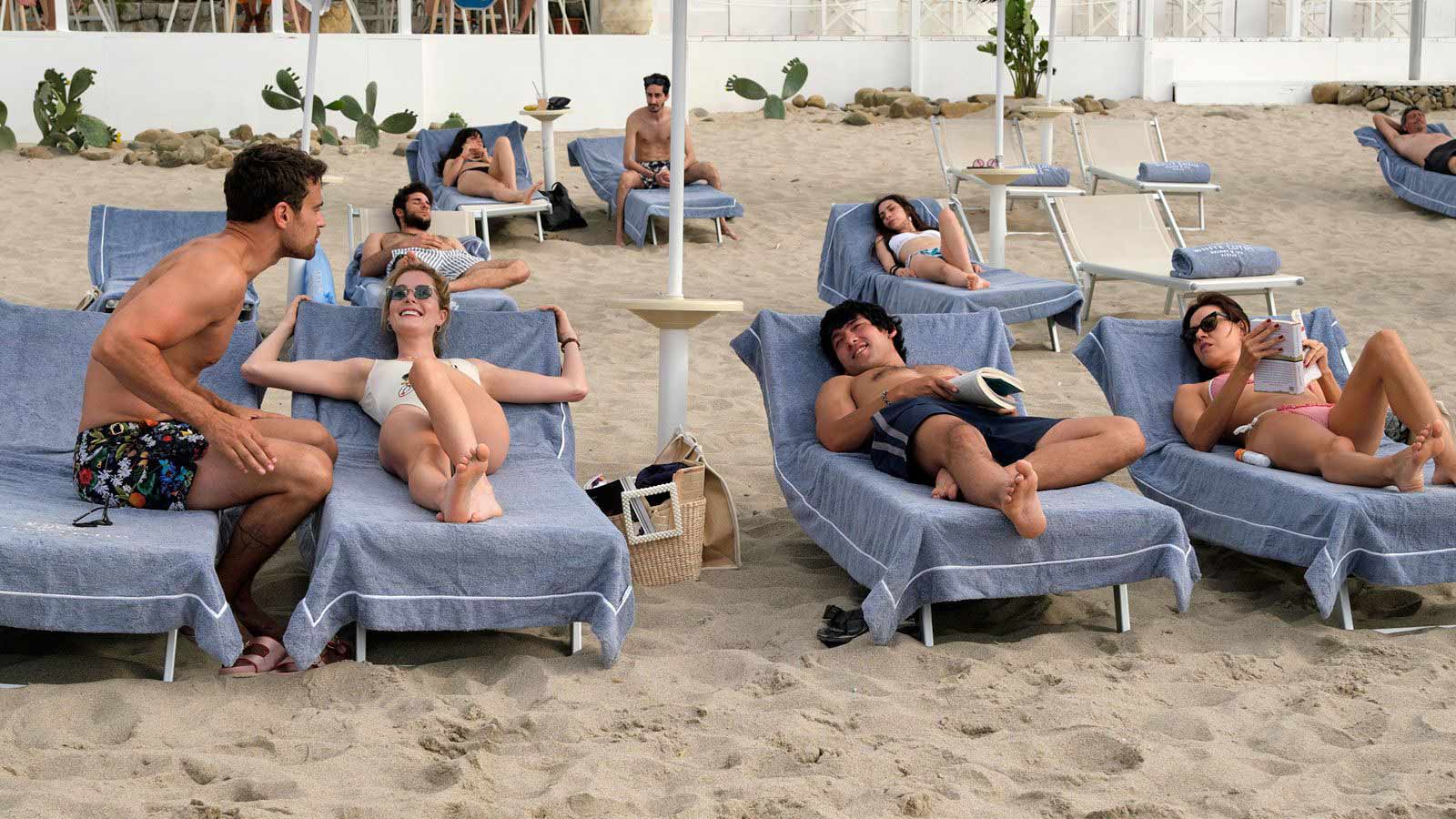 The White Lotus season 1 laughed all the way to the bank with its subtle humour and crude stereotypes. Season 2 is no different; except this time we’re switching shakas for sunglasses; aloha for la dolce vita; Hawaii for Italy…

The White Lotus trades in tropes. And though it exaggerates, sometimes bordering on Emily In Paris levels of absurdity, it still holds a few lessons that tourists heading to Italy can learn from. We thought we’d collate a few of them for you below.

A scene at the start of The White Lotus season 2 shows this off quite well.

“I’m impressed that you’re even here,” Valentina the resort manager asks one of the more elderly guests. “Why are you impressed?” he responds.

“It’s a long trip from Los Angeles, and you are quite old, no?”

When another couple of guests, upon arriving at The White Lotus in Sicily, were asked: “How was your flight,” by Valentina, one of the two replied: “It was fine, although they did lose Cameron’s bag in Rome.”

Valentina replied: “Oh, never transfer through Rome. Fiumicino (airport) always loses bags. She then finished, as if it was the most obvious thing in the world, “You should have flown through Munich.”

“Thanks for the tip.”

“If your bag will ever arrive we’ll let you know right away… If you believe in miracles.”

Yet another classic. Though this is obviously exaggerated for comic effect, after visiting America recently, I reckon there’s something to it…

Always pack important possessions in your carry on

If you value your luggage, don’t fly through Rome in peak season

I can’t quantify this one with statistics, but it sounds about right…

If The White Lotus is anything to go by, it could actually make them worse.

You don’t need to bring so many bags

As one Sicilian local in the series puts it, upon seeing Jennifer Coolidge (Tanya) arrive at the hotel, “That’s a lot of fucking bags.”

“Shall I show you how to close the curtains? There’s a button,” one of the hotel staff asks one of the characters in The White Lotus season 2.

“We’ll figure it out,” the guest responds.

Though I’ve only watched season 1, I have a feeling this guest (who at the end of the first episode is revealed to have secretly hired an escort) will end up wishing he took the staff member’s advice when he had the chance…

Even when in Italy, opposites can still attract

Though nothing has happened yet (as of the end of episode 1) the tension between Harper Spiller and her partner’s obnoxious friend Cameron Babcock (who she initially hates) is palpable.

RELATED: Photo Sums Up Difference Between Going To The Beach In Australia & Europe

Always be ready to drink a glass of Prosecco, even on an empty stomach

We’ve no idea how true this one really is, but it sounds about right…

Watching obnoxious guests and beleaguered staff will never not be funny

This one isn’t so much a lesson for tourists so much as one for the Netflix (or whatever streaming platform you subscribe to) executives to pay attention to, but we thought we’d throw it in there anyway: from Fawlty Towers to The White Lotus, it seems placing a hotel manager with great disdain for their guests, and obnoxious guests alongside one another always makes for entertaining results.

The post The White Lotus Season 2 Has A Brutal Lesson For Tourists In Italy appeared first on DMARGE.