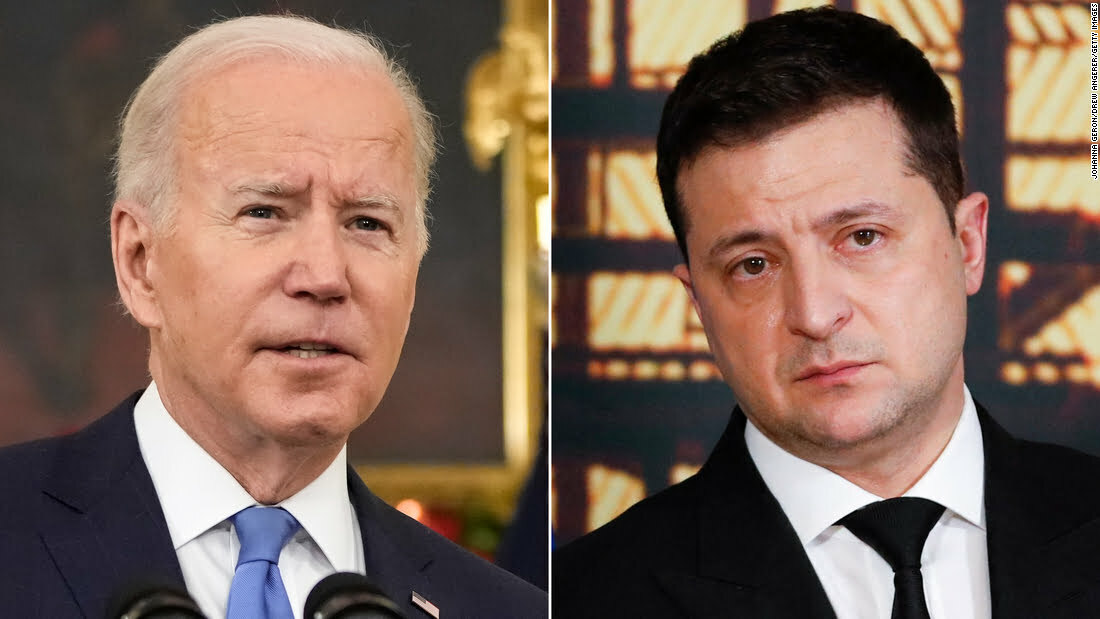 This week may see one of the most significant and defining moments in relations between the North Atlantic Treaty Organization and Russia since the break-up of the Soviet Union.

On Wednesday, representatives from NATO, its 30 member states, and the Russian Federation will meet in Brussels, primarily to discuss the recent military buildup of Russian troops on the border between Russia and Ukraine. US and Russian diplomats also met in Geneva Monday to discuss the crisis as well.

US Secretary of State Antony Blinken has said there are “two paths,” and that the option of “diplomacy and de-escalation” was one of two the US and international community had laid out for Moscow ahead of the meetings.

Blinken met with Russian Foreign Minister Sergey Lavrov in Stockholm, Sweden, in December amid growing concern among Western powers that Russia was seeking to invade Ukraine.

The recent escalation in tension has sparked fears of a repeat of 2014, when Russia forcibly annexed the Black Sea peninsula of Crimea and backed separatists in eastern Ukraine. This act, the fact that Russia was able to do it and get away with it, triggered years of serious conversations in policy circles about the role of the West and whether or not it was capable of standing up to Russia.

Blinken said Friday that progress could be made during this week’s diplomatic talks between US, European and Russian officials, but that it had to be a “two-way street” with Russia deescalating its aggression toward Ukraine.

While multiple NATO officials told CNN that, in their view, the fact that Russia has finally agreed to meet is a major concession and a sign that diplomacy could lead to a deescalation, they are also cautious that an increasingly hostile Kremlin might not be meeting in good faith.

It was only last month that Moscow published two draft agreements outlining its demands for defusing tensions on the Ukrainian border. Those demands include rolling back NATO deployments in Eastern Europe to some point in the 1990s, meaning many countries that neighbor Russia and were under the control of the Soviet Union would be less protected by the alliance.

This, along with a promise of NATO not expanding further east, is an unacceptable demand and a non-starter from NATO’s perspective.

So what are the Russians hoping for?

NATO sources say the demands could be “deliberately ridiculous to force a rollback on things like admitting new NATO members, pulling the likes of Ukraine and Finland from the mix,” or could simply be “a performance that allows Russian officials to say they tried to negotiate in order to justify an escalation to their citizens.”

Given both sides’ inflexibility, what is the point of the meeting?

According to officials from the most vocal and oldest NATO members, Wednesday is an opportunity for the alliance to lay down a firm and unified position: If Russia does escalate tensions, it will face “serious economic consequences. We will use tools that weren’t deployed in 2014.”

Officials who spoke to CNN were not forthcoming on what those tools would be because “signposting them would give Russia the opportunity to prepare for them, defeating the purpose,” however it’s fair to say that they would be a mixture of hard economic sanctions and even more NATO on Russia’s doorstep.

Risky as Western hostility might be in provoking Putin, inaction could be worse. “Capitulating to out-of-this-world demands would make the overall situation much more dangerous, as it would just embolden the Kremlin to act aggressively,” says Pasi Eronen, research analyst at the Conflict Studies Research Centre. “Moreover, China and other revisionists are watching the reaction to a Kremlin gamble.”

What is notable when talking to officials and experts is a sense that the West is far less scared of Russia than it has been in recent years. Poisonings and assassination of Russian citizens on foreign soil, brutal suppression and imprisonment of political opponents, interference in foreign elections and the annexation of Crimea have all painted an image of Putin as a strong leader who must be feared.

Naturally, if you live in Russia or a neighboring nation and have opposed Putin, then he is a scary individual. However, his escalating aggression might in part be down to his diminished power in other areas.

“Putin is an aging autocrat, obsessed with the legacy of his rule, and that of the failure of the Soviet Union,” says Eronen. “Russia has been ravaged by Covid-19, and the future of its hydrocarbon export economy looks bleak.”

This economic weakness is where the West, if it remains united, may possibly be able to force Putin’s hand.

“His country has an economy roughly the same size as New York. If the West properly coordinated economic sanctions against him and against Russian business without fear, he would be backed into a corner very quickly,” says Bill Browder, a prominent American-born financier whose push for the Magnitsky Act sanctions has infuriated the Kremlin.

While the West has imposed sanctions on Russia in recent years for various Kremlin misdeeds, it’s fair to say they could have gone further.

That’s partly why this week is so important: if NATO allies do all get on the same page, it could send the strongest possible message at a critical moment. Just as Putin tries to push his luck again, the West has the opportunity to say in a formal diplomatic setting that it’s run out of patience.

In order to make any new sanctions more effective than previous attempts to punish Russia, the West must be prepared to suffer some pain. In the past, it has avoided targeting Russian sovereign debt and the energy trade.

According to Richard Connolly, associate fellow at the Royal United Services Institute, “raising the costs of doing business for Russian firms, either by restricting access to capital, or by restrictions to accessing technologies,” could have a bigger impact on the Russian economy and on Putin’s inner circle than targeting individuals because “most critical Russian business is in some way connected to Kremlin.”

On the thornier question of traditional hard power and the potential expansion of NATO, some believe that the allies have reason to feel bullish when they meet with the Russians on Wednesday.

“We need to join forces and not be afraid. Putin is afraid — not us. He is afraid of his own people, afraid of democratic elections,” says Rasa Juknevičienė, Lithuania’s former defense minister. She believes that now is the time to accelerate Ukraine’s accession to NATO.

“Europe cannot return to the times of Hitler and Stalin, when nations were divided. Ukrainians, not the Kremlin, have to decide, what will be the future of Ukraine. The success of Ukraine would be the best remedy against the Kremlin. They fear it most,” she adds.

Obviously, talks this week will be tense and solving the Ukrainian crisis is not going to be easy. Putin can be at his most dangerous when backed into a corner, observers say, and he is currently juggling multiple foreign-policy crises after Russian troops were deployed to neighboring Kazakhstan to quell unrest following violent anti-government protests. A running theme over the past few years has been Putin leaping on Western errors in judgment — from the Afghanistan withdrawal to inaction in Syria — and using whatever power he has to bolster his reputation as a powerful leader.

And as multiple NATO officials conceded, Putin cares about Ukraine a lot more than many in the West and will have limitless patience to get what he wants if he senses weakness.

The West goes into this week with so many strategic advantages over Russia, it should on paper be relatively easy to force Putin’s hand toward deescalation in the east of Europe. However, Putin hasn’t remained in power for over 20 years for no reason.

If the West is to successfully leverage its position at this critical moment and cut Putin down to size, its unity must be uncrackable. A repeat of the mistakes of 2014 could create an even more dangerous version of the Russian leader if he is able to stare down the most powerful alliance on earth.