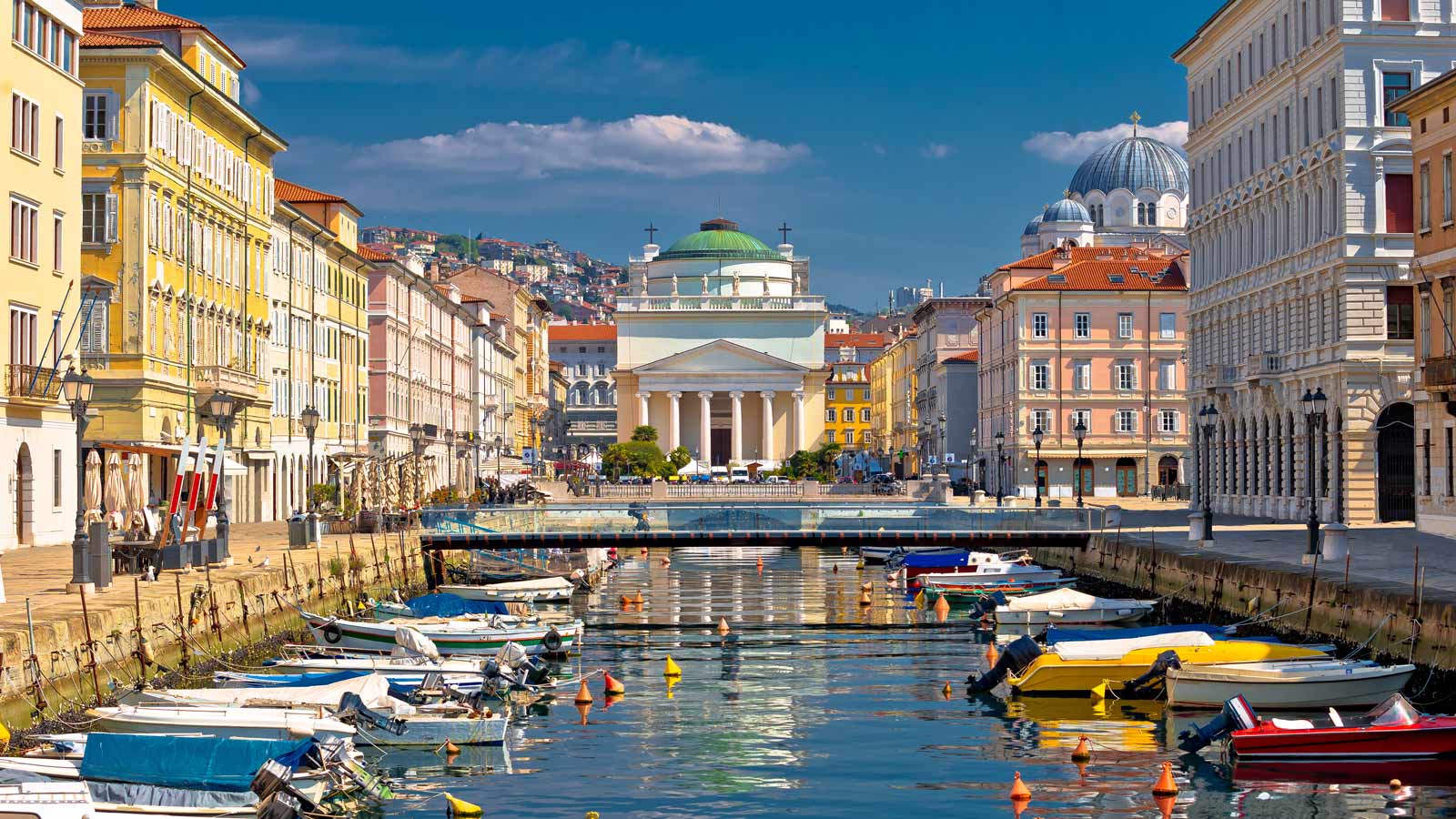 Sick of turnstiles, cruise ship hordes and inflated prices? Never fear; there’s a Venice alternative just a couple of hours east that you can head to instead.

Venice is often thought of as the be all and end all of Italy. Yes: the Amalfi Coast might be pretty, Positano might be photogenic, and Rome might be home to some famous old dude. But Venice is iconic. For that reason, it has been its own worst enemy, with its attraction proving fatal to any hopes you might have had of a laid-back holiday.

Some argue the whole city now feels like a glorified museum, what with all the new entry fees and turnstiles. On top of that, it has had problems with cruise ship tourism for some time, is (still) sinking, and gets hideously overcrowded every summer.

In light of this, TikTok user whatviceats (an Italian living in London) has posted a video suggesting an alternative to Venice. She says Trieste is much more chill, explaining: “We all know and love Venice and we all know how hot and crowded it gets in the summer.”

“Less than two hours away from Venice there is another beautiful city sitting on the waterfront and that is Trieste. Trieste sits in Italy but it’s also close to Croatia, Slovenia and it was occupied by the Austria-Hungarian empire. For this reason the architecture is mostly neoclassical.”

“It is also the coffee capital of Italy. It is said that the people of Trieste drink twice as much coffee as the average Italian which is a lot of coffee. Trieste is such a unique city and it has so much history and culture castles museums to offer I would highly recommend visiting.”

“I’ve been to both places, and I agree 100%,” one social media user commented.

Whatviceats isn’t the only one to recommend Trieste as an alternative or an accompaniment to Venice. The Spectator wrote in 2021: “Many visitors head to Italy for Venice alone but they miss a trick by foregoing the beautiful nearby port town of Trieste – beloved by Italian holiday makers and yet untouched by Brits.”

“With the Venetian authorities rumoured to be considering turnstiles on the periphery of Venice, Italy’s most iconic city increasingly feels like a museum. And so, for those left hankering for a slice of living, breathing Italian culture, Trieste is the perfect tonic.”

The Spectator also described Trieste’s hotels as “grand but relatively inexpensive” and spoke highly of Trieste as a melting pot of culture (“the city is a beautiful, culturally diverse intersection between Europe’s East and Western blocs, in a crook of terrain near Slovenia and Austria”).

The Spectator added: “Its treasures are evenly divided between the ancient (the Roman Theatre in the centre is one impressive instance) and the more modern, with particularly strong 18th, 19th and early 20th century gems, including the palace-laden Piazza Unita D’Italia, Europe’s largest seaside square; the enormous, beautiful synagogue (built in 1908); the stunning, pillared commodity exchange, founded by Empress Maria Teresa in 1755, and the world-class Revoltella art gallery.”

Not everyone thinks Trieste is anywhere near as good as Venice, however. In the comments on whatviceats’ video, one TikTok user wrote: “Well but one can’t compare Trieste and Venice,two completely different things… I would always choose Venice over Trieste I must admit.” Another said: “Trieste doesn’t have the biennale.”

Over on Quora, May Wallace, a US expat in Italy, said Venice and Trieste are totally different cities which are “not even similar.”

“Venice/La Serenissima is an island, man-made and full of history and amazing ancient buildings, beautiful main canals and many sleepy back canals, no cars, lots of boats and can be so quiet you always hear laughter and birds singing (And the silly gondoliers),” Wallace wrote.

“It is connected to the mainland by a causeway that you can drive and immediately park or by a train that ends in the train station. From there you are on foot or in a boat to get around. There are wonderful hotels both medium priced and high priced. There are great restaurants and some terrible tourist eateries. There are lovely boat trips out to the nearby islands of Murano known for glass blowing and Burano known for Lace making and Torcello known for the ruins of a church. There are museums and seemingly always concerts available.”

RELATED: Positano Is Dead: This Little-Known Town Is Way Cooler

“Trieste on the other hand is a coastal city with enormous traffic and a not very Italian feel to it at all in that it has Austro-Hungarian and Slovenian influences and was dominated by the Germans as an important deep water port during WWII.”

She added: “There are a few museums and a nice beach to the north. There are some wonderful Villas to tour and a Cave system that is fascinating. The food verges on a strange mix of Italo-German and was on the whole excellent and hearing German or Slav languages is common. Basically it’s a big working city with very little left of the antique architecture that seems to draw people to Italy. The main piazza on the port is grand and lovely.”

“Venice is best given at least 4+days to get the feel of this amazing other-worldly place. I’ve returned countless times and it never gets old. Trieste, 2 days tops and I was ready to move on.”

There you have it. Take your ‘Venice alternative’ recommendations with a grain of salt. But still: given how crowded Venice is getting, we’d say you should at least give them some consideration.