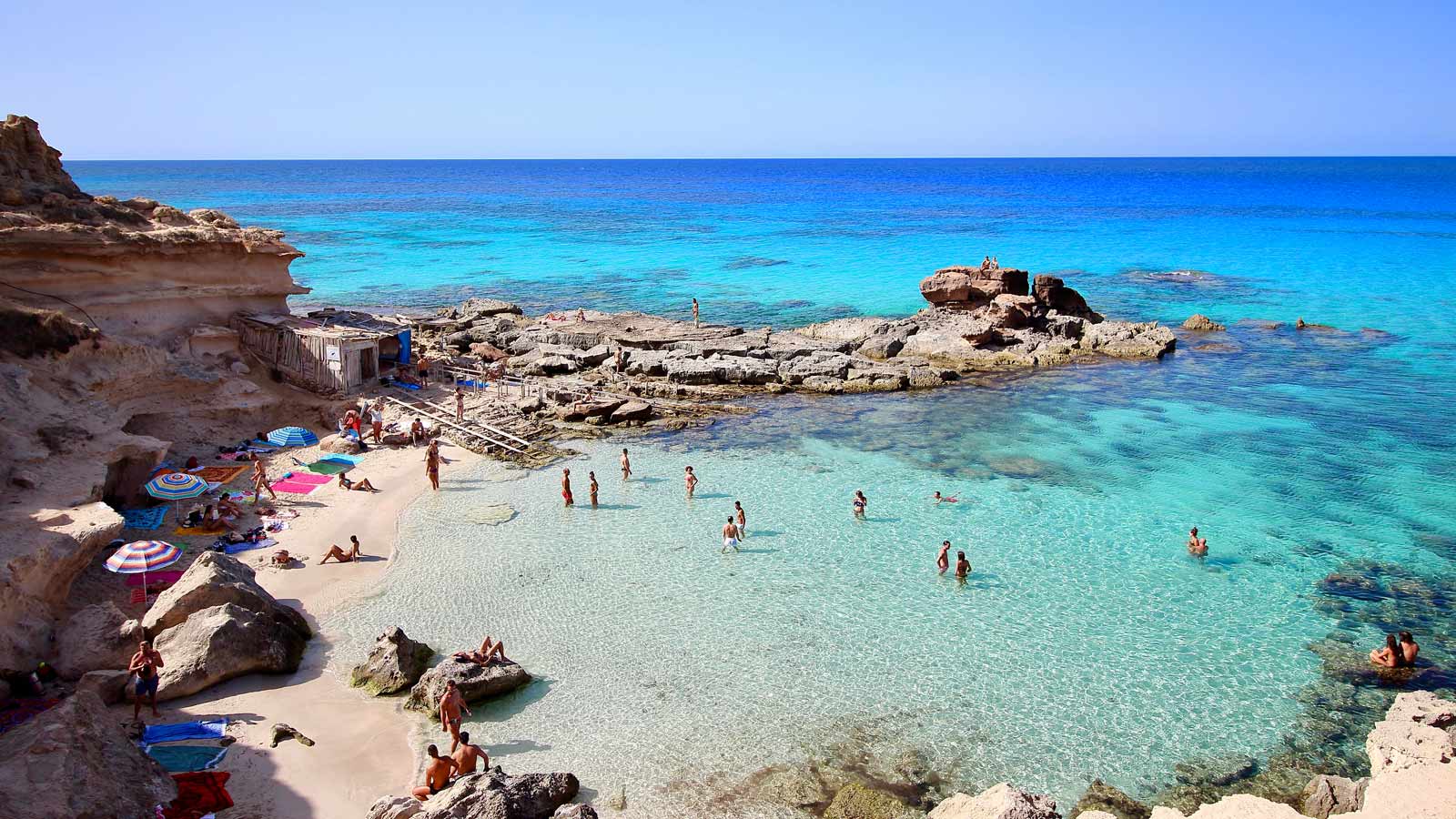 Every degenerate Australian traveller knows Ibiza. But did you know there is a cooler – wilder – alternative right next to it? Introducing: Formentera.

Formentera is the smallest of the Balaeric Islands and is located about three nautical miles south of Ibiza in the Mediterranean. Formentera is often referred to as Ibiza’s “little sister.” Formentera is not far from Ibiza either, it’s a mere 30-minute boat journey from the iconic party isle.

Because Ibiza is so famous, and because Formentera is a little harsher, and harder to visit, Formentera is often overlooked by tourists. This means if you are after a quieter, wilder version of Ibiza to squirt sunscreen and sip cocktails on, then Formentera could be for you.

The first big difference between Ibiza and Formentera is the size. While Ibiza is 572.6 km², Formentera is only 83.24 km². This makes Ibiza about 7 times bigger. Ibiza is also more built up, offering much more by the way of partying, clubs and accommodation. If you don’t have long to spend in the Balaeric Islands, you’d probably want to go to Ibiza (Ibiza has some nice beaches and nature to enjoy too).

But if you’ve been to Ibiza before, and want a taste of something different – and something a bit more natural – Formentera could be for you. In Formentera, rather than world-renowned DJs, industrial-scale clubbing and glamourous cocktail bars, it’s more beach clubs wedged behind sand dunes and wandering around untamed corners and coves. Je ne sais pas vibes, dreadlocked hippies, etc. There’s even a bar where, apparently, it’s still 1973.

Don’t believe us? Check out the above video compilation of Formentera footage by social media users morethanibiza, ibizadazeofficial and ohanamyeverything and take a look for yourself.

Formentera is home to Playa de Ses Illetes – one of the most beautiful beaches in the world – and islands of its own like S’Espalmador, which one TripAdvisor user summed up quite nicely when they said: “Great beaches, white sand, shallow water, no shade, no restaurants, kind of Robinson tourism. You have to see it.”

As for Formentera’s landscape, think: white sand, red earth, salt pans, tall plateaus, Bronze Age settlements; sea birds unfattened by hot chips. It’s also a bit of a foodie hotspot now, and I simply can’t get past the description offered by Maya Boyd who recently compared it to Ibiza as follows: “If Ibiza is juicy, abundant, and Technicolor, Formentera is bleached out and desaturated, the island equivalent of a Super 8 film.”