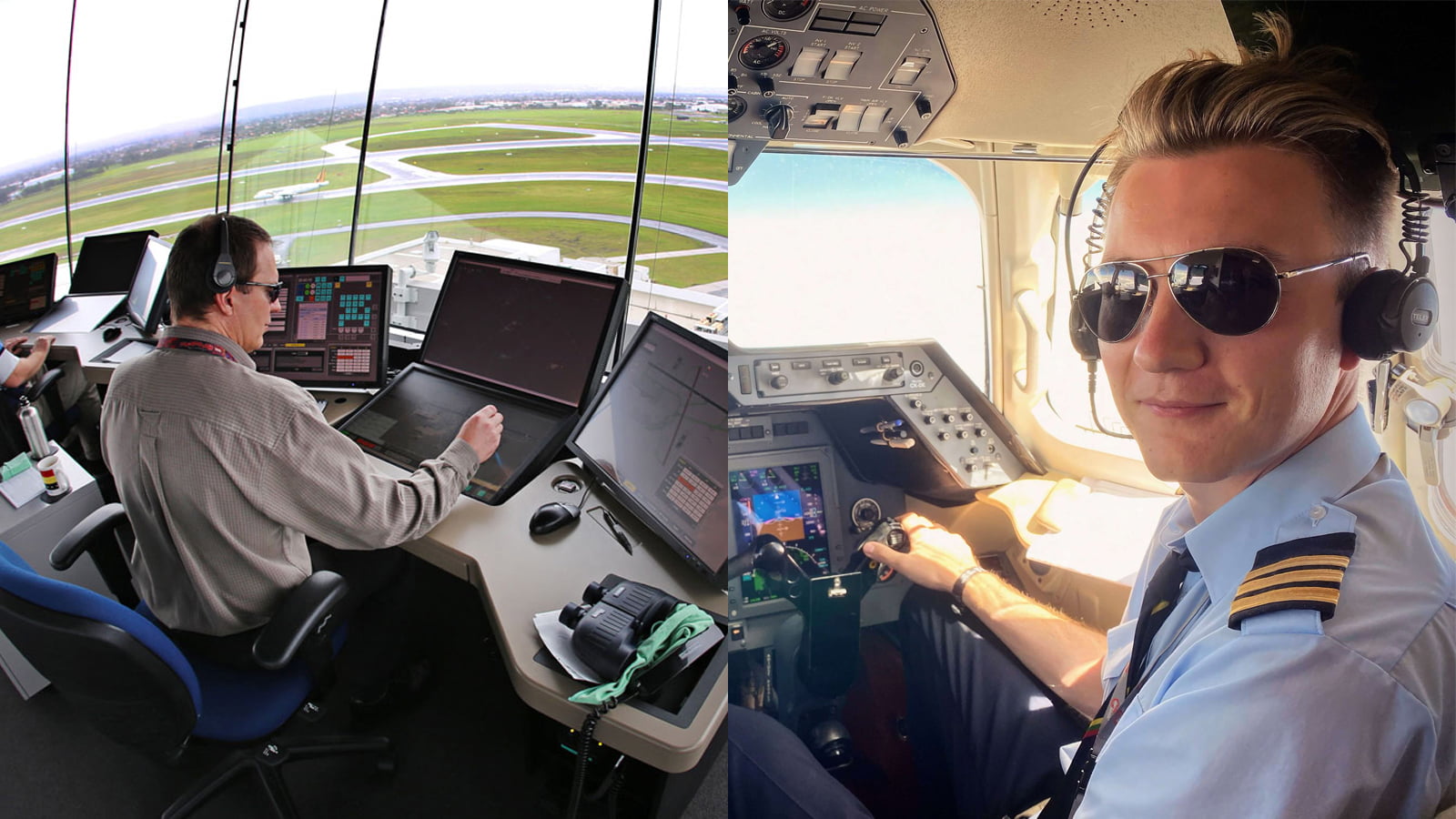 Most people think pilots earn quite a lot of money – and they do. But air traffic controllers surprisingly get paid, on average, more… Here’s why.

It’s natural to think pilots are high flyers financially (pun intended). And they generally are.

According to Seek, in Australia, pilots earn on average AU$115,000 per year. Obviously, high-ranking pilots flying for premium airlines can earn much more – anywhere from AU$150,000 to AU$500,000 per year – but it takes years and years to work up to that level and only a few ever make it.

And that job? Air traffic controlling. You know, the people who prevent collisions by monitoring the locations of aircraft via radar, and then communicate with pilots via radio to issue take-off and landing instructions.

At this stage, you’re probably wondering how to become an air traffic controller now that you know the pay is pretty darn high. And good news, you don’t need a degree or even experience in a similar field to become one.

Now you’re likely thinking, ‘Hang on, why does a job that requires no specific qualifications pay more than piloting (a job that requires serious training and a specific license)?’ Well, as it turns out, to become an air traffic controller you need to pass a series of tests – that assess your logical and numerical reasoning, pattern recognition, processing speed and ability to visualise in three dimensions.

As reported by news.com.au, only three per cent of applicants correctly answer these tests; which may be one of the reasons why the job pays handsomely.

Other definite reasons air traffic controllers get such great salaries include, the stressful and exhausting nature of the job. Oh and there’s no room for error – remember that episode of Breaking Bad where a poor air traffic controller accidentally caused a horrific plane crash? No amount of money would be worth being responsible for something like that…

Of course, that’s a worst-case scenario. So, if you think you’ve got the nerve to withstand that kind of pressure, take the air traffic controller test and see how you go; you might suddenly find yourself earning more than a pilot.

The post The Reason Air Traffic Controllers Get Paid More Than Pilots appeared first on DMARGE.