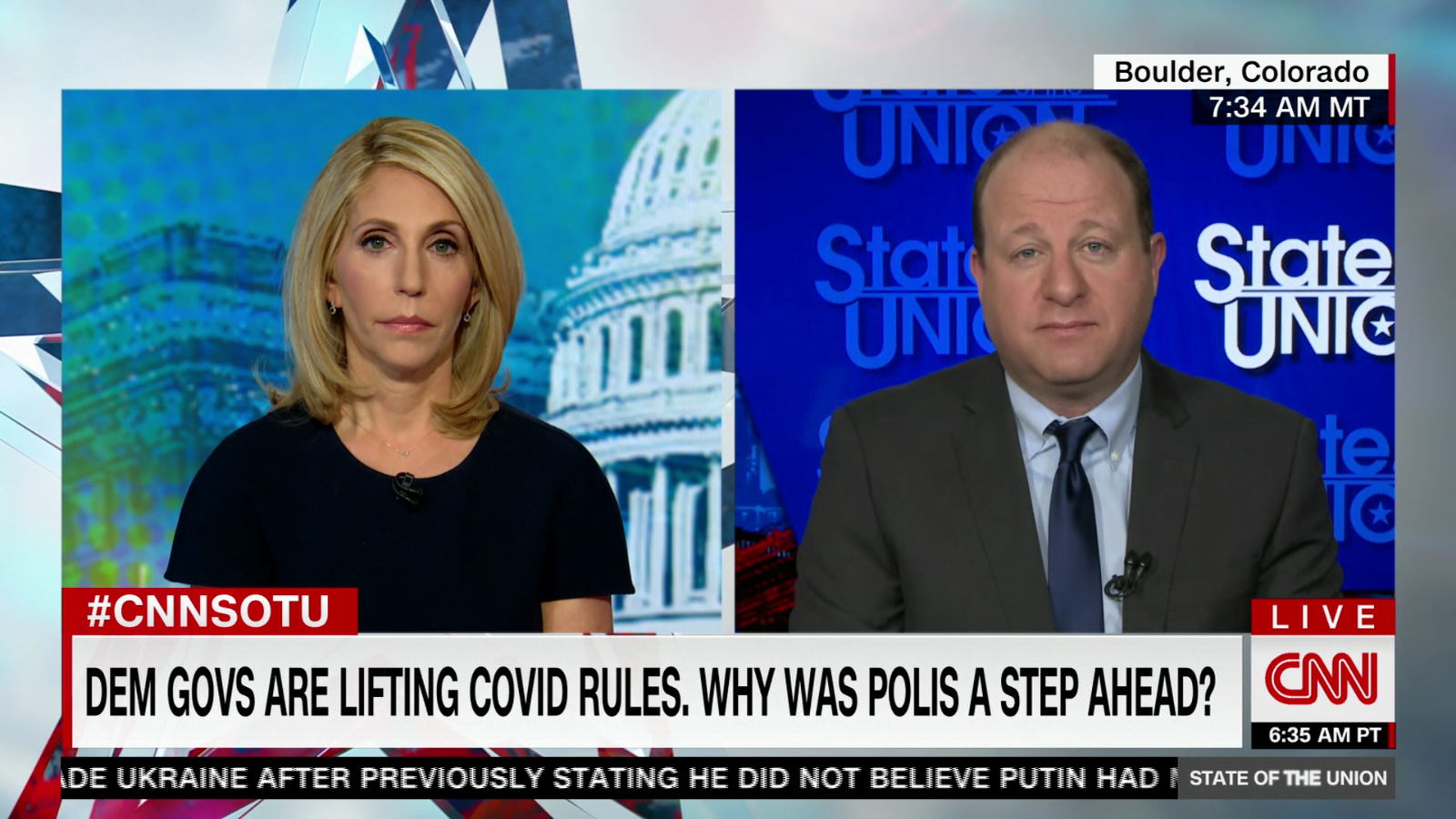 A version of this story appeared in CNN’s Race Deconstructed newsletter. To get it in your inbox every week, sign up for free here.

Cruel. Really, that’s the only way to describe many conservatives’ determination to pick fights with LGBTQ Americans, and with transgender children in particular.

Even if these attacks don’t succeed in the long run, they’re already taking a psychological toll on LGBTQ Americans and their families. 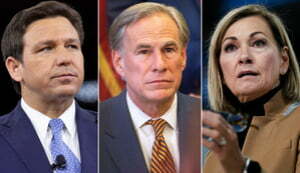 For instance, while neither Paxton’s opinion nor Abbott’s letter is legally binding, both have terrified some parents. One mother in Dallas told CNN’s Alisha Ebrahimji that she intends to move to California because she wants her 6-year-old transgender daughter to “be somewhere where there are actually laws in the books that protect her instead of trying to erase her.”

And as Emmett Schelling, the executive director of the Transgender Education Network of Texas, put it to NPR, “The state leadership has said, ‘We would rather see dead children … instead of happy, loved, supported, thriving trans kids that are alive and well.'”

The news out of Florida and Texas exemplifies a much larger pattern. Many conservative parents, school board officials and legislators across the US appear to be working overtime to undermine the rights and status of LGBTQ Americans, as seen in recent months in the dizzying number of challenges to books about sexual identity and the surging wave of anti-transgender legislation.

Together, these attacks, which leverage the language of care and love as a vehicle for hate, threaten to scale back hard-won LGBTQ protections.

‘There’s a fantasy going on’

The movement against LGBTQ Americans is part of a broader assault on attempts to acknowledge and understand the experiences of marginalized groups.

The attacks on teaching about sexual orientation and gender are similar to the attacks on teaching so-called “critical race theory.” Conservative groups that oppose instruction about such topics allege that students are being indoctrinated, recruited or, to use an especially loaded term, “groomed,” even though teaching about a topic is hardly the same as asking someone to take a stand or change their identity.

“There’s a fantasy going on that children are being indoctrinated,” the UC Berkeley philosopher and gender theorist Judith Butler told CNN. “Parents and communities want to exercise forms of censorship to stop their children from knowing about how the world is being organized and how different people are living their lives.”

Butler, the author of the 1990 book “Gender Trouble: Feminism and the Subversion of Identity,” added that this urge to police and restrict the topics of classroom instruction stems, at least in part, from many conservatives’ belief that their entire existence is in danger.

“Right-wing movements appeal to an enormous anxiety people have that their worlds are falling apart and that gender and critical race theory have this enormously destructive power,” they said. “I do think that there is a lot of destruction going on. Witness Putin. Witness climate destruction. There is a lot that is very wrong and very terrifying about our world. But to focus that anxiety on gender and critical race theory without even knowing what these are is both a deflection and a way of inflaming prejudices against queer people and Black and brown people.”

It’s worth returning to Florida, one of the many states where this unease is being stoked. The “Don’t Say Gay” bill is expected to be signed into law by Republican Gov. Ron DeSantis. The legislation could create a chilling effect and essentially “erase entire chapters of history, literature and critical health information in schools,” Amit Paley and Joe Saunders wrote in February for CNN Opinion.

(Notably, in weaponizing think-of-the-children rhetoric against LGBTQ Americans, DeSantis is borrowing a page from the former beauty queen and Florida orange juice spokeswoman Anita Bryant, who in the 1970s worked with the “Save Our Children” coalition to repeal gay-rights legislation in Miami.)

“He’s pushing for government intrusion into workplaces and doctor’s offices. It’s all in service to his presidential ambitions,” said Nadine Smith, the executive director of Equality Florida, a civil rights organization dedicated to ending discrimination against the state’s LGBTQ population. “DeSantis is purposely picking fights that rev up his base. And the intention is to secure the loyalty of the base he and Donald Trump share.”

Smith explained further that DeSantis’ political machinations both elevate the avowed (but abstract) concerns of one group and strip the rights of another.

“His desire to cling to this narrow slice of the electorate that decides Republican presidential primaries blocks out the sun for anything else,” she said. “The legislative agenda in Tallahassee is concerned not with improving the lives of Floridians or addressing the issues that we face daily. It’s about censorship, surveillance, control and intimidation.”

A broad front of support

It’s impossible to overstate the risks posed by the ongoing attacks on LGBTQ Americans, and on transgender children especially.

“Prohibiting gender-affirming care, like puberty blockers, or barring transgender-inclusive athletic teams imposes real and devastating risks on transgender youths,” the University of Oregon political scientist Alison Gash recently wrote for The Conversation. “Transgender people who do not have access to the kinds of hormone therapies that are being outlawed are four times more likely than cisgender people to struggle with depression. They are also nine times more likely than cisgender individuals to attempt suicide.”

Butler echoed some of Gash’s concerns and specifically underscored the profound isolation that transgender children already endure because of cultural and state-sanctioned bigotry.

“We’re talking about kids who already feel themselves to be very different, who are trying to come to terms with their embodiment and their lived sense of who they are and what their gender might be,” Butler said. “This is an enormously vulnerable time for kids. They need support. They need room to be able to explore their feelings and to be able to speak freely about their gender and their sense of their own reality. They need to be able to communicate all that to others without fear of reproach, stigmatization, exclusion, discrimination or violence.”

It might look like broad solidarity across multiple categories of marginalized groups. That is, a deeper understanding that many of the attacks on LGBTQ rights are linked to the attacks on racial equality, women’s rights, immigrants’ rights, workers’ rights and more — and that each of these attacks is best fought by all of these groups together, not by each group on its own.

“There can be a failure to connect (what’s happening to transgender people) to a much wider retrenchment of civil rights,” Alejandra Caraballo, a clinical instructor at Harvard Law School’s Cyberlaw Clinic and a former attorney at the Transgender Legal Defense and Education Fund, told CNN. “Many of the cases and arguments used to roll back reproductive rights are used to roll back LGBTQ rights. These things are intertwined.”

Caraballo also cautioned against the at times overly optimistic narrative that a generation of LGBTQ Americans grew up with that says that things are destined to get better.

“Historically, that hasn’t always been the case,” she said, referring to how, down through the decades, marginalized groups have often been confronted with periods of gain and retrenchment. “Things can always get worse” — and sometimes they do.

Andrea Segovia, the policy and field coordinator at the Transgender Education Network of Texas, also emphasized the importance of solidarity, which she says can start by asking questions as simple as, “What am I doing in my community to support LGBTQ Americans?”

“It’s not that you need to start an organization,” she said. “But if you’re at work and looking at your health insurance policies and notice that they aren’t LGBTQ inclusive, you can ask, ‘Can we change that?’ Taking the pressure off transgender people and LGBTQ people to bring up certain topics is a big way that people can do things.”

If there’s one thing we can learn from many conservatives’ dedicated efforts to restrict LGBTQ rights, it’s that ordinary people can indeed do things — and what they choose to do, or refuse to do, matters tremendously.