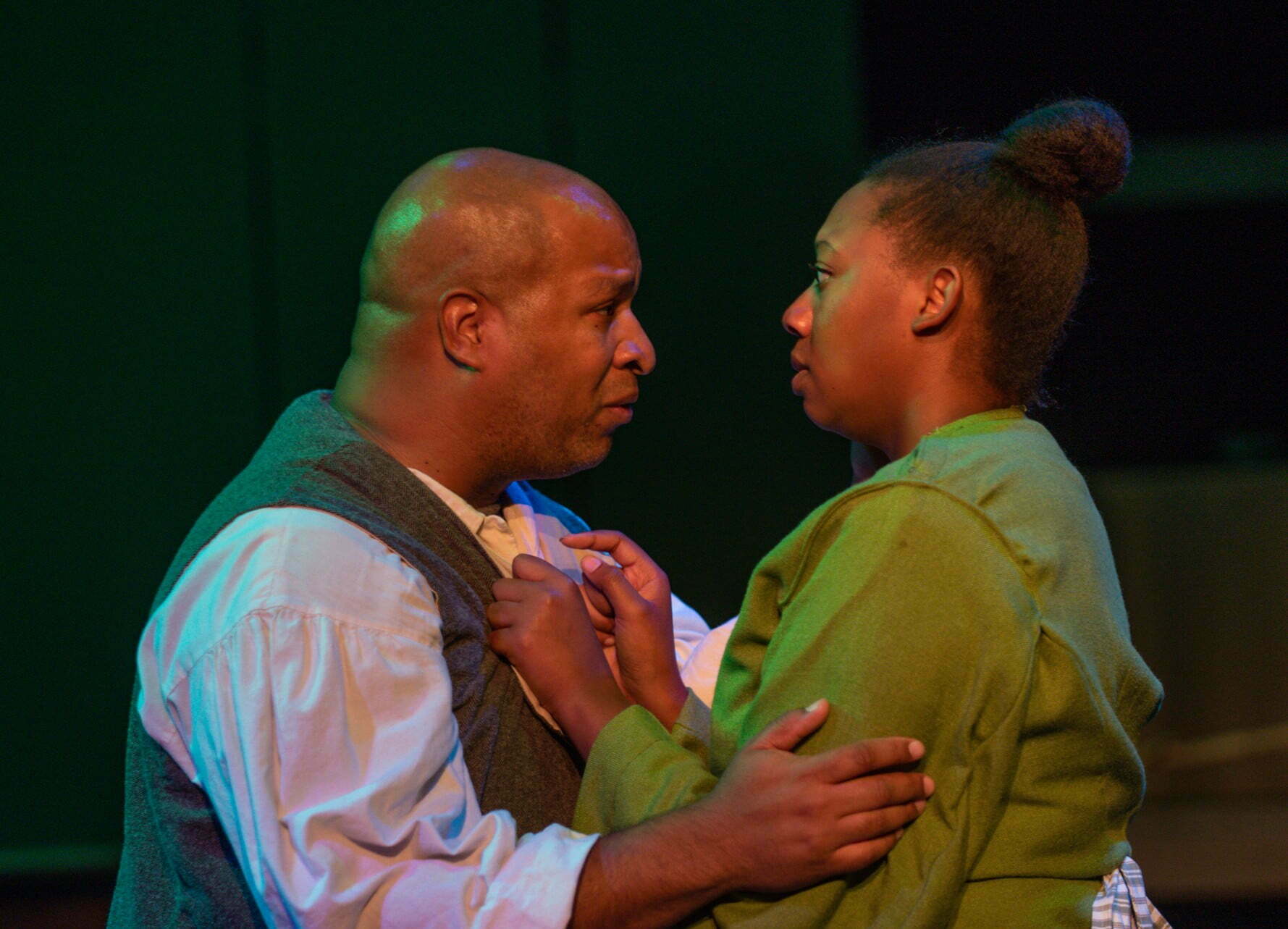 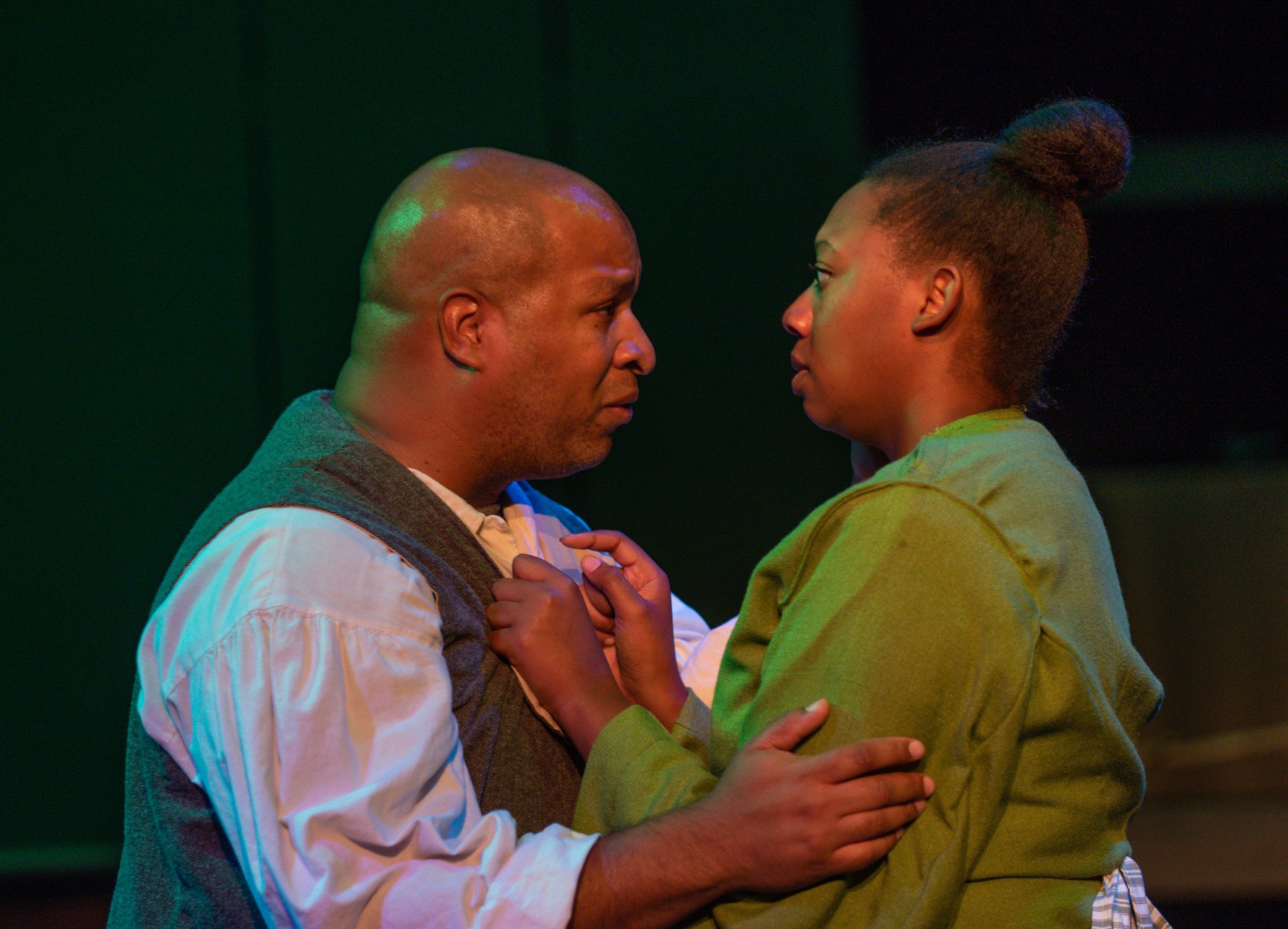 Traditional musicals often kick off with a song where you meet the show’s key characters. In the world premiere musical, “Gabriel,” when the cast comes on stage wearing a variety of Black Lives Matter T-shirts, it’s clear that the concept of “the struggle” is going to be the main character.

That might set off alarm bells for some viewers, as musicals too sharply focused on issues can end up leaving characters and plot a little fuzzy. Luckily, the tale that ultimately unfolds is populated by vivid characters and driven by an engrossing plot centered on a tragic historical event. If the second act ends up dragging a bit, it’s only in contrast to the bracing energy of the first.

The source of much of that energy is Jerold Solomon, who plays the titular character with forceful physicality, charming charisma and a powerhouse voice. Gabriel is a blacksmith and one of a number of enslaved Black people working the estate of Thomas Prosser Jr. outside of Richmond in 1800. When a tussle with an overseer lands him in jail, Gabriel meets Jack Ditcher (played by Alvan Bolling II), who cajoles and finally convinces the blacksmith to organize a large-scale slave rebellion across Virginia.

When the impeccably planned revolt goes sideways thanks to an unfortunate act of God, Gabriel first scrambles to find a new plan, then finds himself negotiating for his life. While the conclusion won’t be a surprise, the messages it conveys about living on one’s own terms and remembering the struggles of the past still resonate.

Solomon co-wrote the musical’s book with his cousin, Foster Solomon, who directs the show, and Ron Klipp, who also composed the music and wrote the lyrics. The trio takes as its inspiration the most far-reaching slave rebellion planned in the history of the South, a plot that, when discovered, resulted in the cancellation of many leniencies for enslaved people. The fact that few Virginians, let alone Americans, learn about this incident is a key theme of the show and hits particularly hard amidst efforts to re-whitewash history in some quarters today.

Klipp’s compositions are consistently engaging and, in the case of the stirring battle song, “Death or Liberty,” surprisingly persistent. That particular melody is still knocking around my brain days after the performance. Music director Billy Dye’s band makes potent use of cello and violin throughout, even the interludes between scenes sounding lush and enchanting.

The script succeeds most impressively in conveying the details of Gabriel’s plan in distinct, simple strokes. Clearly understanding the steps as they’re supposed to unfold, and the stakes if something goes wrong, effectively builds anticipation and anxiety as the first act reaches its climax.

In translating the script to the page, one of director Solomon’s best decisions is casting the captivating Sydnee Graves as Nanny, Gabriel’s reluctant love interest. She has the vocal chops needed to face off against Jerold Solomon and the crackling chemistry between the two of them invigorates the production whenever it starts to flag.

Several of the other performers can’t match the performing power of Graves and Solomon, though Michael McMullen tries admirably as Thomas Prosser Jr., an erstwhile friend to Gabriel who had promised him his freedom when Prosser Senior was alive. Prosser’s betrayal would be heartbreaking if it wasn’t so pernicious, encouraged as it is by the villain of the piece, Prosser’s fiance Lucy Hylton (Lyndsey Brown).

Brown can’t quite pull off the haughtiness required, which unfortunately diminishes the impact of a nice turn late in the show when Lucy realizes exactly where women fit in the power structure of the day.

Both the set (a wood-frame construction with a raised center platform designed by Dasia Gregg) and the costumes (straightforward colonial-era wear by Anna Bialkoski) manage to be simple in appearance but exceptional in functionality. The only obvious technical miscue is some flagrantly fake facial hair on a couple of the characters.

After Gabriel’s initial rebellion falls apart, the show loses momentum and leaves some prominent themes dangling, e.g, how do characters who fervently proclaim that “God is on our side” wrestle with his apparent abandonment? Even so, “Gabriel” succeeds mightily in providing a showcase for the talents of Graves and Solomon while reviving an important historical artifact in the process.