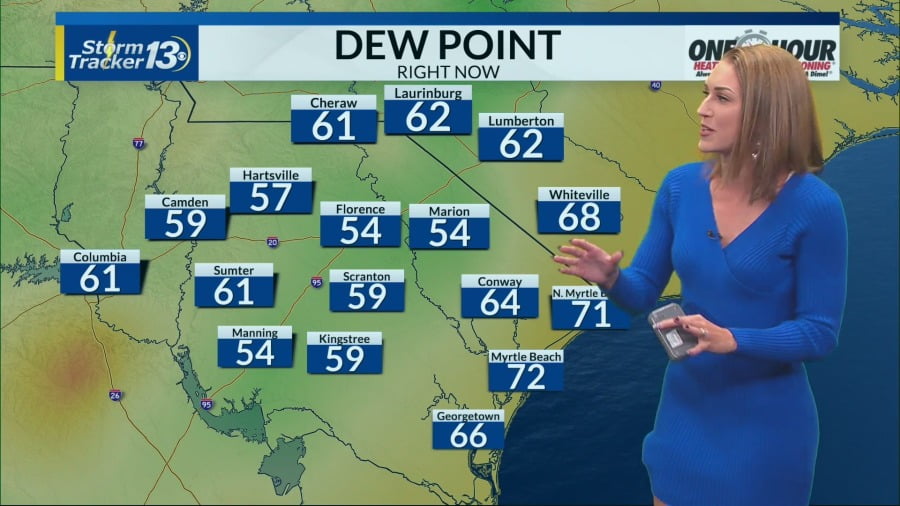 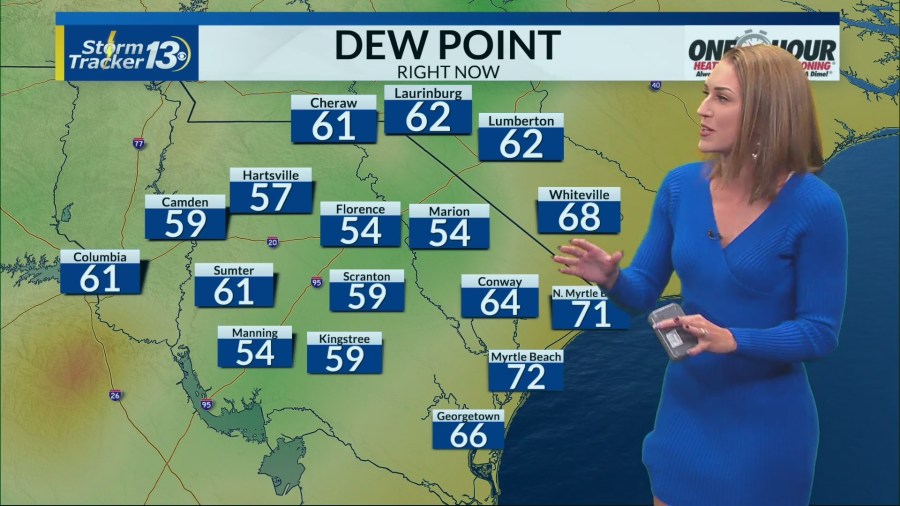 MYRTLE BEACH, S.C. (WBTW) — At the start of the day conditions were beautiful along the Grand Strand. The morning was cool and crisp, but throughout the afternoon stratus and cumulus clouds form due to moisture coming in off the ocean. There was more shade at the coast than originally forecasted. Also, over the course of the afternoon, the dewpoints shot up nearly 10 degrees. Oppressive humidity has returned to the coast due to that onshore flow. Meanwhile, the Pee Dee and border belt still have dewpoints in the mid-50s to low-60s so the air is still pleasant there.

Partly cloudy for tonight with temperatures, again, below average for the Pee Dee in the upper-50s and lower-60s. The Grand Strand will see more mugginess and average temperatures in the mid-upper 60s.

Temperatures Sunday will be similar to today’s but the humidity will make it feel hotter. The coast will be in the low-80s and inland will be in the mid-80s, but it will feel like the mid-80s and near 90 degrees, respectively. Light showers are possible throughout the day, but sunshine is still the main sky condition.

“Summertime in September” is an appropriate headline to describe most of the work week. Temperatures jump to the mid-80s on Monday for the coast and upper-80s for the Pee Dee. Temperatures will gradually continue to warm before maxing out on Thursday. The current forecast for Thursday is 89 degrees for North Myrtle Beach and 94 for Florence. Florence’s forecast is very close to a high-temperature record. The record for Florence is 96 and Lumberton’s is 95. Lumberton is also forecasted to hit 94 Thursday.

A reminder that the midweek heat is also paired with very high dewpoints so the feel-like temperature will be 5-7 degrees more than the air temperature.