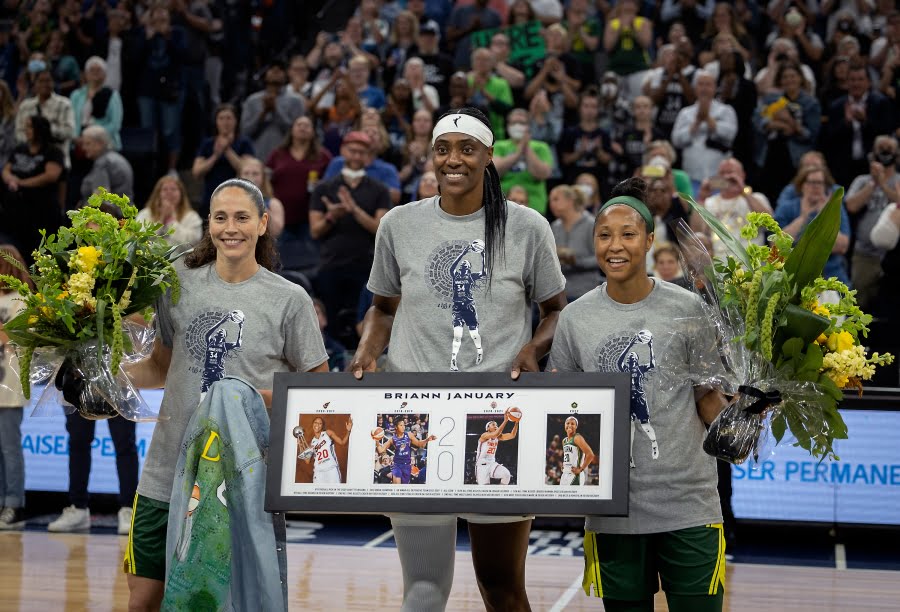 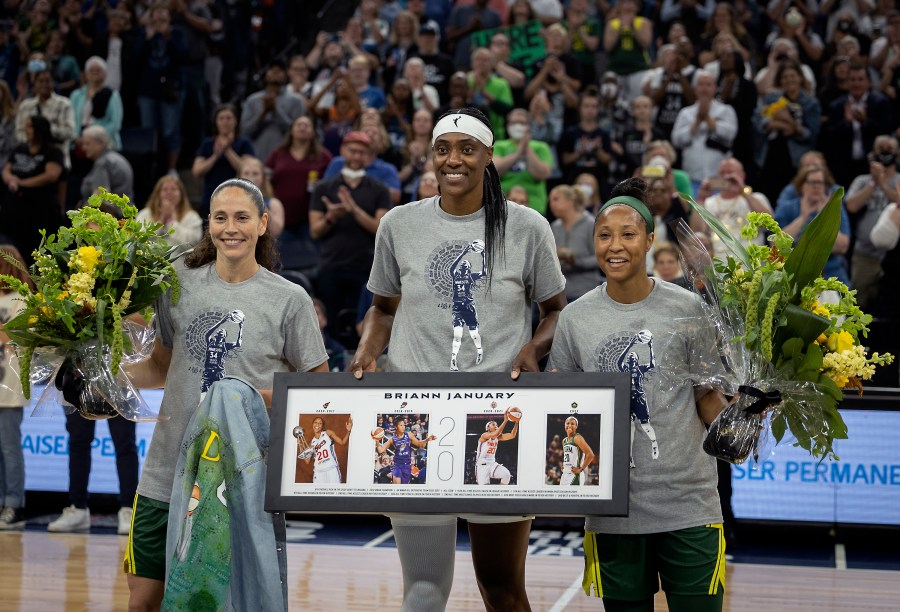 MINNEAPOLIS (AP) — Tina Charles had 23 points and nine rebounds, Jewell Loyd scored 21 points and the Seattle Storm secured the No. 4 seed in the WNBA playoffs with a 96-69 victory over the Minnesota Lynx on Friday night, spoiling Sylvia Fowles’ final regular-season home game.

Seattle (22-13), which closes the season on Sunday against first-place Las Vegas, will host a first-round series next week against the Washington Mystics. Minnesota (14-21) plays at Connecticut on Sunday, hoping for the final playoff spot.

Fowles, who helped Minnesota win WNBA titles in 2015 and 2017, retires as the league’s career leader in field-goal percentage, rebounds and double-doubles. She came out of the game with two minutes left to a standing ovation after recording another double-double. Fowles was honored in a post-game ceremony in front of a packed Target Center crowd by Minnesota Lieutenant Gov. Peggy Flanagan, Lynx owner Glen Taylor, former players Rebekkah Brunson and Lindsay Whalen, and coach Cheryl Reeve.

“It’s been a joy,” Fowles said. “I never thought that I’d be here in this moment, the impact that I made across this league. I had the stars aligned for me because I had a lot of people who kept me in my place and held me to high standards.”

Fowles acknowledged her family in attendance and thanked the fans for “embracing me with open arms.” She thanked her teammates for “allowing me to be myself and allowing me to take no days off and keeping me motivated. Without you guys, I’m not who I am.”

Fowles. who passed Brunson for first on Minnesota’s rebounds list, finished with 13 points and 12 rebounds.

Seattle jumped out to a 30-10 lead in the first quarter and it was 45-28 at halftime. Charles scored 14 points in the first half, Loyd added 12 and Breanna Stewart had 10 points and eight rebounds. Seattle led 89-59 with three minutes left.

Stewart finished with 16 points and 10 rebounds and Briann January added 11 points for Seattle. Loyd set a franchise record with her 73rd 3-pointer of the season, passing Sue Bird’s 72 in 2016.

Minnesota’s Aerial Powers scored 12 of her 18 points in the fourth quarter and Bridget Carleton added 11 points.