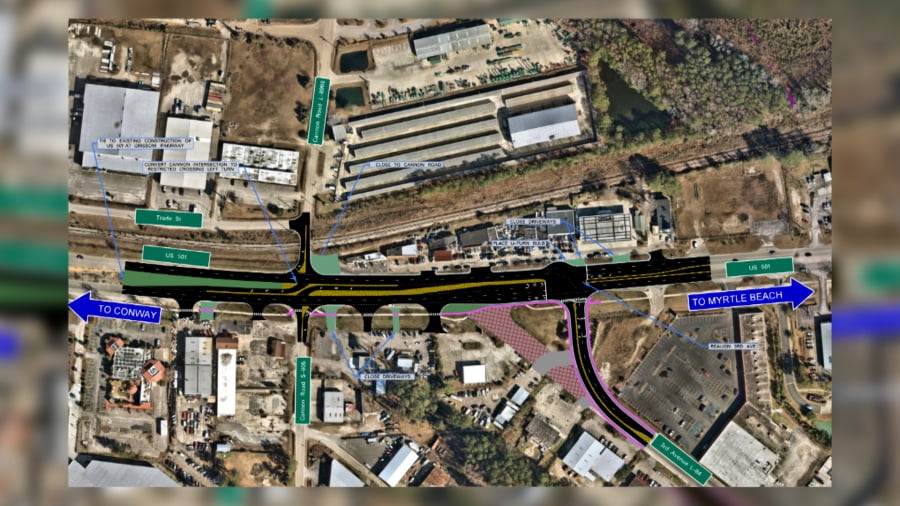 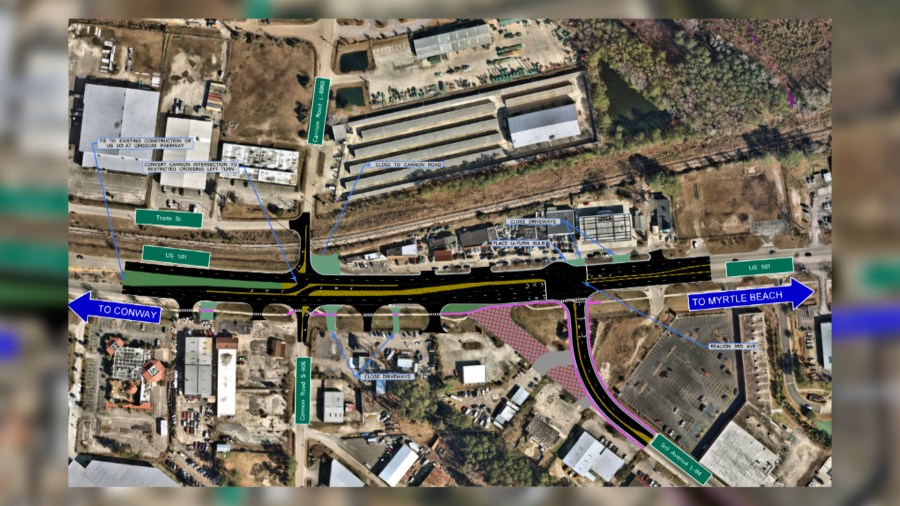 MYRTLE BEACH, S.C. (WBTW) — The South Carolina Department of Transportation has recognized the intersection of Highway 501 and Cannon Road as a dangerous one and has plans to redo the intersection to cut down on crashes.

The plan is to build what’s known as a “reduced conflict intersection” — one that’s designed to reduce crashes by adding a median. Between 2014 and 2018, the intersection had 84 crashes, with 67 of those having right-angle conflict points, SCDOT said.

“Eighty percent of all crashes at the intersection were right-angle, which is what the RCI will eliminate.” Pete Poore, SCDOT’s director of communications said in an email.

One resident said the improvements are desperately needed.

“Those intersections are terrible, especially in the mornings and afternoons,” Forestbrook resident Brendan Campbell, said. “I’ve been driving those roads, especially going to the beach with my 2-year-old daughter. It’s a scary way to get to the beach sometimes.”

“The 3rd Avenue South and Cannon Road intersections have been a nightmare for years,” Councilman John Krajc said.

Third Avenue South and 501 will also get a major facelift. The entire road will be shifted over for safety.

“[Third Avenue] comes in at an angle right now,” said Mark Kruea, the city’s public information officer. “It’s just a weird intersection. This proposal would make it a regular ‘T’ intersection, so it will function better.”

Projects like these take time to design and complete. As of now, construction is slated to begin in late 2023. No construction timeline has been established.

Campbell wishes the project would start as soon as possible.

“I mean, the best time is right now,” Campbell said. “Do it whenever it’s quiet, do it now, start it, you know, next month.”

SCDOT will conduct a public information meeting at 5 p.m. Thursday at the Myrtle Beach Train Depot to gather input before the start of the preliminary design phase.