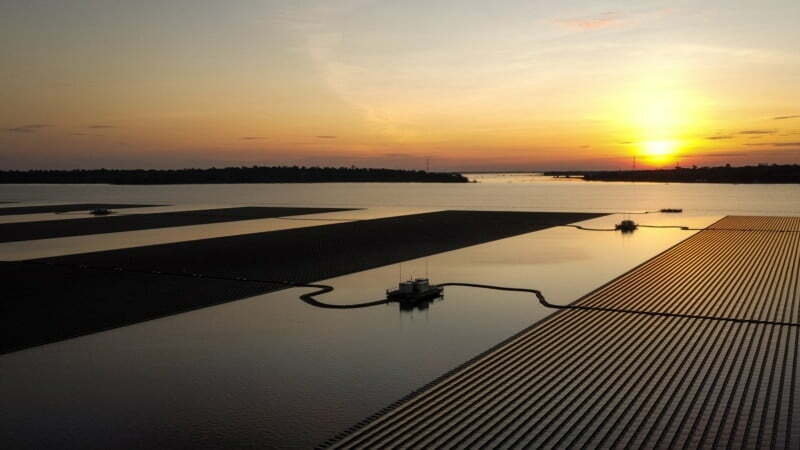 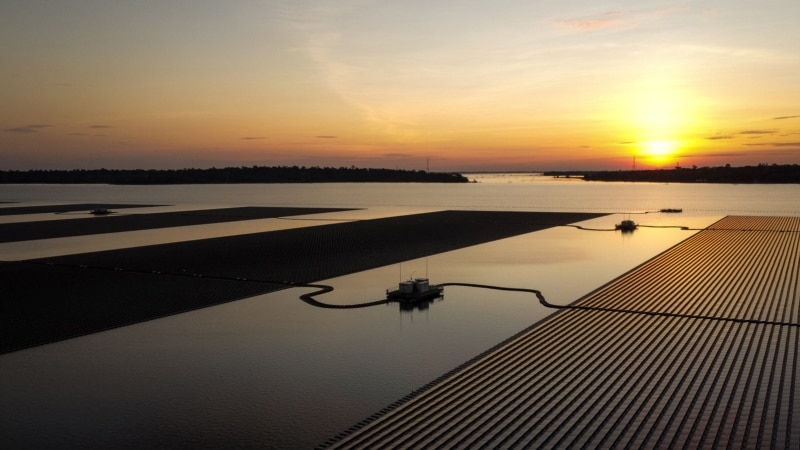 Who said there is nothing new under the sun?

One of the hottest innovations for the non-polluting generation of electricity is floating photo-voltaics, or FPV, which involves anchoring solar panels in bodies of water, especially lakes, reservoirs and seas. Some projects in Asia incorporate thousands of panels to generate hundreds of megawatts.

FPV got a head start in Asia and Europe where it makes a lot of economic sense with open land highly valued for agriculture.

The first modest systems were installed in Japan and at a California winery in 2007 and 2008.

On land, a one-megawatt projects requires between one and 1.6 hectares.

Floating solar projects are even more attractive when they can be built on bodies of water adjacent to hydropower plants with existing transmission lines.

Most of the largest such projects are in China and India. There also are large-scale facilities in Brazil, Portugal and Singapore.

A proposed 2.1 gigawatt floating solar farm on a tidal flat on the coast of the Yellow Sea in South Korea, which would contain five million solar modules over an area covering 30 square kilometers with a $4 billion price tag, is facing an uncertain future with a new government in Seoul. President Yoon Suk-yeol has indicated he prefers to boost nuclear over solar power.

Other gigawatt-scale projects are moving off the drawing board in India and Laos, as well as the North Sea, off the Dutch coast.

The technology has also excited planners in sub-Saharan Africa with the lowest electricity access rate in the world and an abundance of sunshine.

In countries that depend on a lot of hydropower, “there’s concerns around what does power generation look like during droughts, for example, and with climate change, we expect that we’ll see more extreme weather events. When we’re thinking about droughts, there is the opportunity to then have FPV as another renewable energy option in your toolkit essentially,” explained Sika Gadzanku, a researcher at the U.S. Department of Energy’s National Renewable Energy Laboratory in Colorado. “So instead of depending so much on hydro, now you can use more FPV and reduce your dependence on hydro, during very dry seasons, to use your floating solar photovoltaics.”

A one percent coverage of hydropower reservoirs with floating solar panels could provide an increase of 50 percent of the annual production of existing hydroelectric plants in Africa, according to a study funded by the European Commission.

There are potential flotovoltaic hazards, however. A plant caught fire in Chiba prefecture in Japan in 2019. Officials blamed a typhoon for shifting panels one atop another, generating intense heat and possibly sparking the fire at the 18-hectare facility containing more than 50,000 floating solar panels at the Yamakura Dam.

The most significant barrier to wider adoption of the technology, at present, is the price. It is more expensive to construct a floating array than a similarly sized installation on land. But with the higher costs there are additional benefits: Due to passive cooling of water bodies, the floating panels can function more effectively than conventional solar panels. They also reduce light exposure and lower the water temperature, minimizing harmful algae growth.

That all sounded promising to officials in the town of Windsor in northern California’s wine country. Nearly 5,000 solar panels, each generating 360 watts of electricity, are now floating on one of Windsor’s wastewater ponds.

“They’re all interlinked. Each panel gets its own float. And they actually move quite well with wave action and wind action,” . You’d be surprised how they can kind of just suck up the waves and ride them out without breaking or coming apart,” said Garrett Broughton, the senior civil engineer for Windsor’s public works department.

The floating panels are easy on the environment and Windsor’s budget, in which the wastewater plant’s electric bill was the town government’s largest

Town Council member Deborah Fudge pushed for the 1.78-megawatt project over an alternative of putting solar panels atop carports.

“They offset 350 metric tons of carbon dioxide yearly. And they also provide 90 percent of the power that we need for all of the operations for treating wastewater, for all the operations of our corporation yard and also for pumping our wastewater to the geysers, which, is a geothermal field, about 40 miles (64 kilometers) north,” Fudge told VOA.

The town leases the floating panels from the company that installed them, which gives it a set price for electricity on a long-term contract, meaning Windsor is paying about 30 percent of what it previously spent for the same amount of power.

“It’s not like we’ve invested in something where we’re not going to get a payback. We’re getting a payback as we speak. And we’ll get a payback for 25 years,” said Windsor’s mayor, Sam Salmon.

The floating systems are not intended to fully blanket bodies of water, allowing for other activities to continue, such as boating and fishing.

“We do not assume the floating structure will cover the whole water body, it’s often a very small percentage of that water body,” NREL’s Gadzanku told VOA. “Even just from a visual perspective you don’t want to maybe see PV panels covering an entire reservoir.”

NREL has identified 24,419 man-made bodies of water in the United States as suitable for FPV placement. Floating panels covering little more than one-fourth the area of each these sites would potentially generate nearly 10 percent of America’s energy needs, according to the lab.

Among the sites is the 119-hectare Smith Lake, a man-made reservoir managed by Stafford County in Virginia to produce drinking water. It is also a site for recreational fishing adjacent to the U.S. Marine Corps’ Quantico base.

“Many of these eligible bodies of water are in water-stressed areas with high land acquisition costs and high electricity prices, suggesting multiple benefits of FP technologies,” wrote the study’s authors.

“It really is an option with a lot of proven technology behind it,” said Gadzanku.