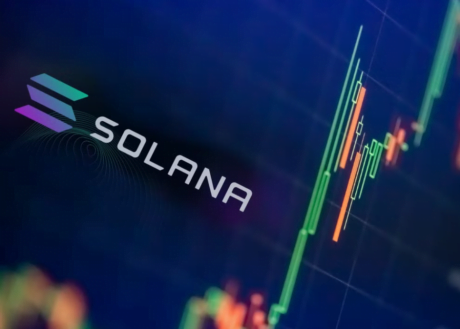 Solana (SOL) bulls are determined to push the price of the coin higher and breach the $44 level.

Solana is trying to make that great comeback again after it has tried and failed twice to breach the $44 level.

According to CoinMarketCap, Solana has dropped by 2.30% and is trading at $43.41 as of this writing. The bulls are determined to push the price and reach $44 or higher. SOL is rallying around the $44 key resistance zone today and it looks like it just needs a little push to get there.

Now, if the buyers fail to maintain the current momentum, then this could be the coin’s third failed attempt to breach the target level. At this point, the key support level is found at $40.

Solana is observed to have impressive trading volume but the buyers need to keep that momentum going. RSI continues to hover above 50 points.  Now, if the coin manages to stay at this target range then SOL has a good probability to breach the resistance.

Moreover, MACD has formed a bullish cross pattern today which looks enticing for many buyers but it’s still rather premature to make a call.

In case SOL’s price hovers above $44, history tells us that this can just be a fake breakout. So, here’s what happens: if SOL fails to cross over the key resistance, then the bears may take over and trigger SOL’s downfall to $40.

On the other hand, if SOL can successfully breach the critical resistance level, then SOL has the potential to shoot for $60; but this is wishful thinking at this point in time.

The price of the SOL/USD pair bounced back on Thursday peaking at $45.07 as impacted by the recent US consumer data on inflation.  It is said to be the highest price point reached by SOL this year since July 30. Conversely, the aforesaid price is dubbed to be 71% higher than the lowest level registered in June summing up the total market cap to roughly $15.40 billion.

Notably, Solana was able to reach this goal because of its robust market share in NFT and DeFi as it currently hosts around 75 DeFi projects with a combined TVL of $1.98 billion. With the current figures, SOL is undoubtedly one of the strongest cryptos as it ranks as the fifth largest platform alongside Avalanche, Ethereum, Tron, and BNB.

Featured image from The Independent, Chart from TradingView.com