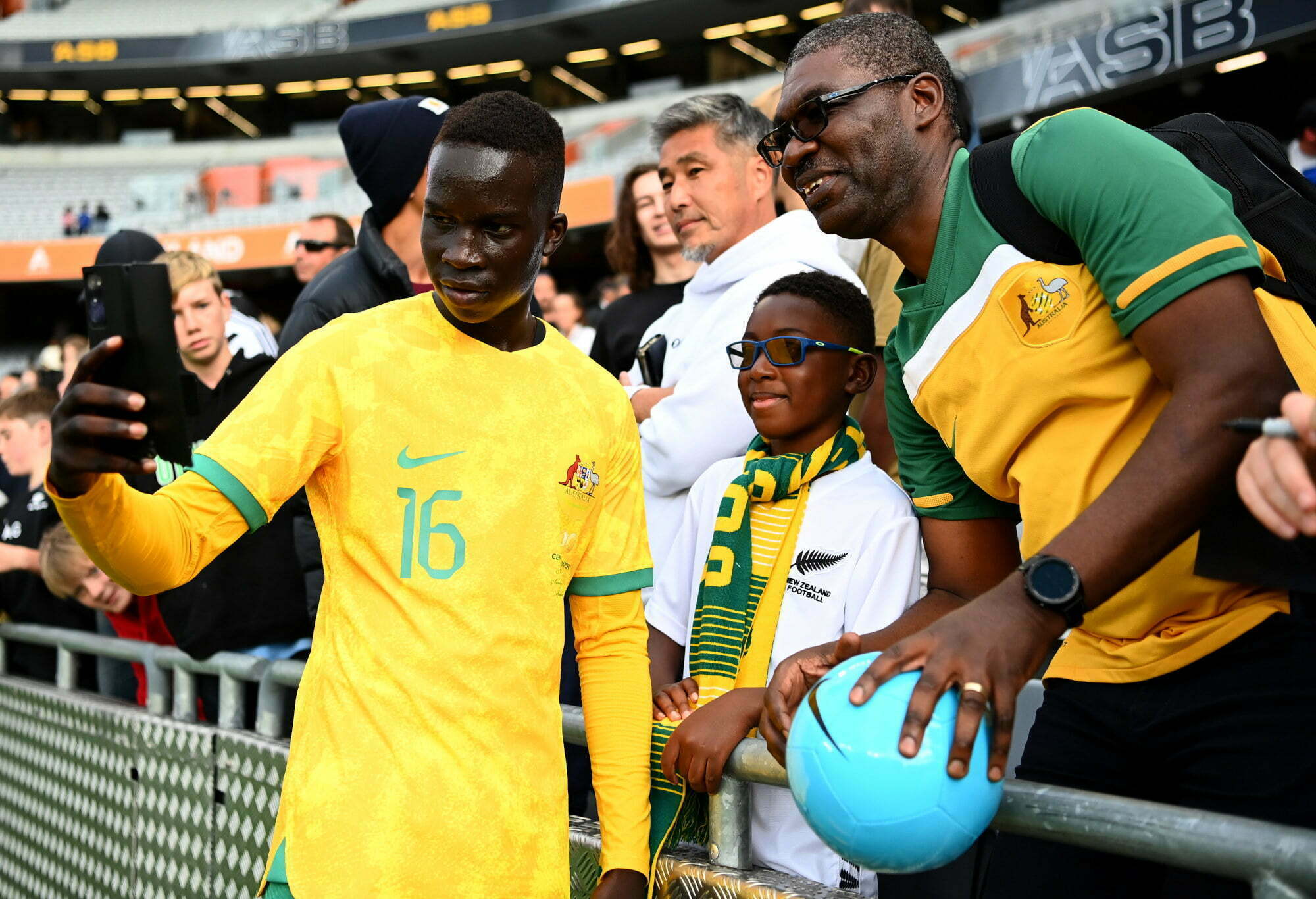 Predictably and within minutes, the foolish voices of people requesting that politics and sport be separated and not clumsily used to make social and progressive statements appeared.

Sadly, those jumping up and down in anger that the Socceroos had been the first team brave enough to make a formal public and collectively agreed upon statement around their pending trip to Qatar for the World Cup, are once again seriously missing the point.

With the deaths of thousands of migrant workers during the construction process of the facilities required to host the world’s biggest single-sport event as well as the ultra-conservative nations’ continued adherence to laws that criminalise same-sex relationships broadly understood, many will take the broken-record approach to the argument.

“Leave politics out of sport” they will say. “Politics and sport don’t mix” is another good one.

However, before sprouting the above nonsense, I’d encourage those tempted to do so to perhaps reflect on the simple fact that the injustices that have and continue to occur in Qatar are not ‘political’ in any way shape or form.

In simple terms, they are breaches of an individual’s human dignity, something supposedly protected by the United Nations in the Declaration of Human Rights.

Historically, when firm decrees are made by the UN, the intended recipient has mostly ignored the concerns raised by the international body. There was an outcry over two years ago when details of the deaths of foreign workers in Qatar began to emerge and the personal restrictions around exactly who someone is permitted to love had been news-worthy for some time.

Yet only modest changes have been made and the Socceroos as a group have felt motivated to make a statement and take a firm stance that reflects their values and feelings towards the country to which they are about to travel.

It is cheap and easy to suggest that the Socceroos are playing politics.

Politics is constructing budgets, tackling deficits and inflation, providing services, managing economies, spin doctoring to get elected, allocating jobs for the boys where possible, and generally, feathering a nest for you and your mates, rather than attempting to make real and tangible changes to a nation that helps those in most need.

Locking two men or two women up for falling in love with each other is not. Nor is the basic denial of fair, appropriate and safe working conditions for workers. Basic human rights are not political.

Article 2 of the Declaration is fairly succinct in its call for the dignity of EVERY human being to be protected across an array of areas often mistaken as political issues.

“Everyone is entitled to all the rights and freedoms set forth in this Declaration, without distinction of any kind, such as race, colour, sex, language, religion, political or other opinions, national or social origin, property, birth or other status.”

When an African American is brutally murdered in the United States in front of salivating media or an Indigenous AFL footballer dare call out racism; when a woman is assaulted, disrespected or overlooked based on her gender, or a group of footballers hide behind misinformed interpretations of religious texts then subsequently and fundamentally question inclusivity, many people shout “Politics”. 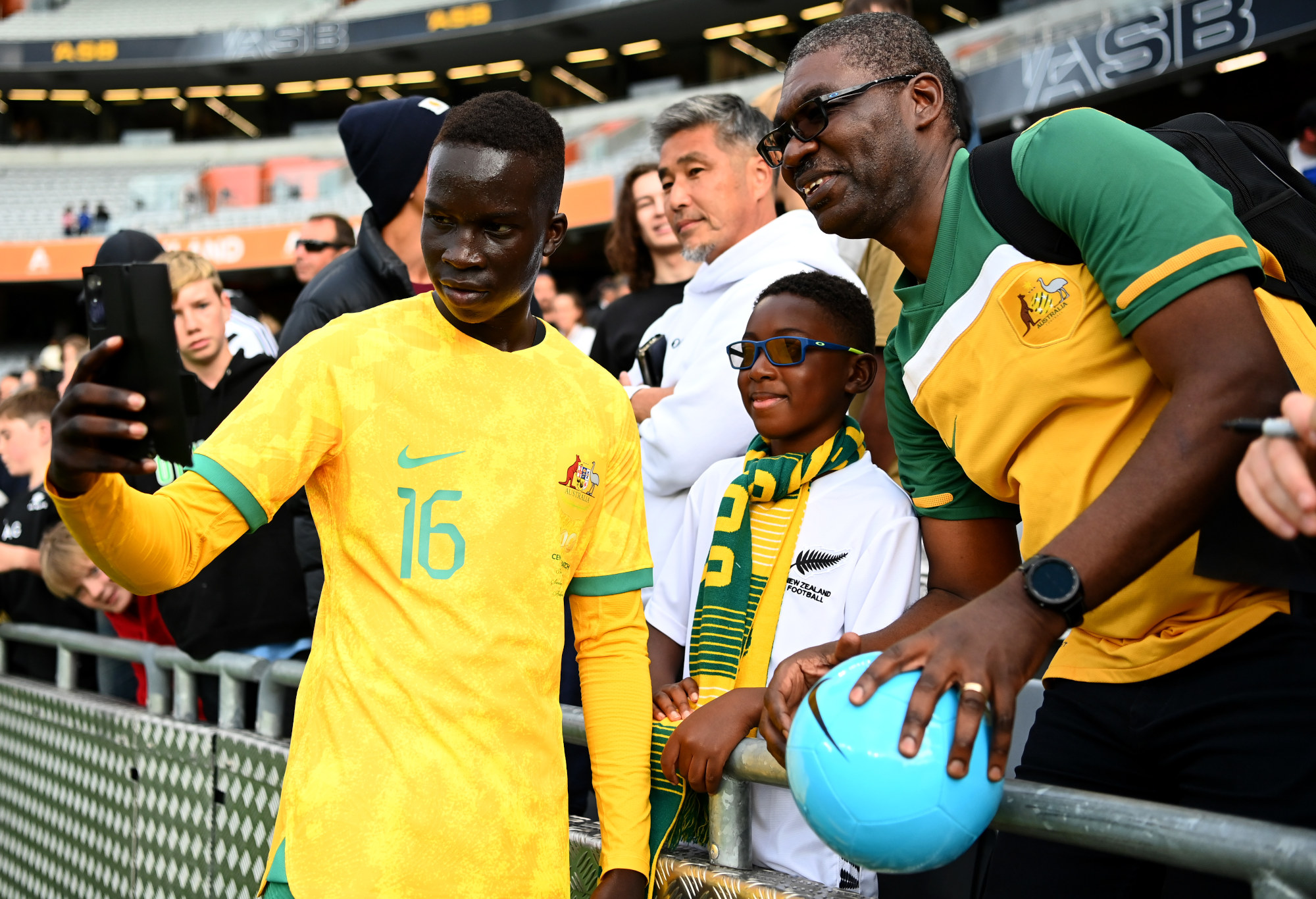 Garang Kuol of the Socceroos. (Photo by Hannah Peters/Getty Images)

They completely miss the point.

In each of the circumstances above, as well as in the case of the estimated 6,500 deceased workers and the homosexual community in Qatar, basic human rights have been breached, obliterated and completely ignored.

Had the Socceroos made a public statement expressing dissatisfaction with the Federal Budget handed down on Monday night, that would have been political. If they had decided to tackle Football Australia and called for better pay and conditions, that too would have been a clear use of their platform for a political purpose. If our Socceroos had uniformly endorsed veganism and called for all fans to adopt the practice, aside from the barrels of laughter, the pathetic politics being played would be obvious.

What our men’s national football team has done has called out breaches of basic human rights, in the hope of making a change in the future. If other national teams have the courage to join them, the chances of that happening increase.

I for one, am proud of the statement the Socceroos have made. Dignity and human rights will never, ever be political issues.

They are far more important than that.