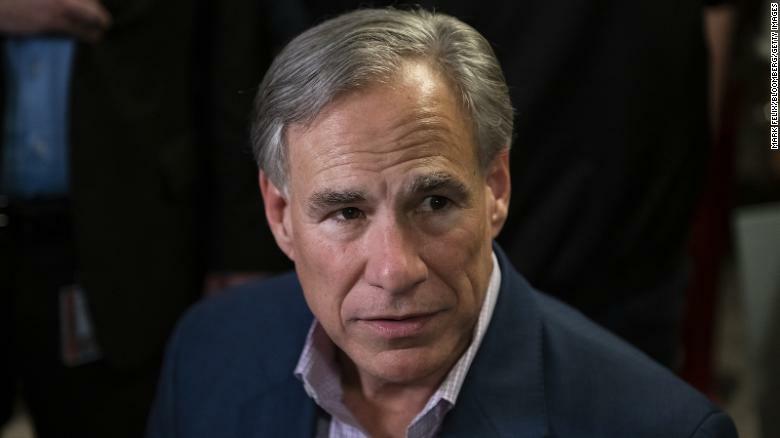 Greg Abbott, governor of Texas, speaks during a Get Out The Vote campaign event in Beaumont, Texas, on Thursday, Feb. 17.

The letter was done in partnership with the Human Rights Campaign (HRC).

“Our companies do business, create jobs, and serve customers in Texas. We are committed to building inclusive environments where our employees can thrive inside and outside of the workplace,” the letter said. “For years we have stood to ensure LGBTQ+ people — our employees, customers, and their families — are safe and welcomed in the communities where we do business.”

“The recent attempt to criminalize a parent for helping their transgender child access medically necessary, age-appropriate healthcare in the state of Texas goes against the values of our companies,” the letter said. “This policy creates fear for employees and their families, especially those with transgender children, who might now be faced with choosing to provide the best possible medical care for their children but risk having those children removed by child protective services for doing so. It is only one of several efforts discriminating against transgender youth that are advancing across the country.”

The companies went on to “call on our public leaders — in Texas and across the country — to abandon efforts to write discrimination into law and policy. It’s not just wrong, it has an impact on our employees, our customers, their families, and our work.”

In response to Paxton’s legal opinion, the governor directed the Department of Family and Protective Services (DFPS) “to conduct a prompt and thorough investigation of any reported instances of these abusive procedures in the State of Texas.”

“The court finds sufficient cause to enter a temporary injunction,” Meachum said. She said Abbott’s order was “beyond the scope of his authority and unconstitutional” and that the parents of a transgender child and a psychologist who filed suit against the governor were likely to succeed at trial, which is set for July.

Paxton said on Twitter Friday that he is appealing.