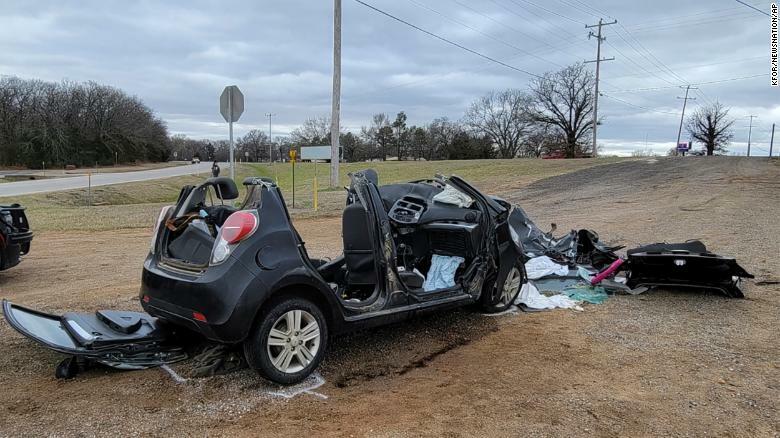 A heavily damaged vehicle is seen off a road in Tishomingo, Oklahoma, following a two-vehicle collision in which six teenage girls were killed on Tuesday, March 22, 2022.

The girls were riding in a small passenger vehicle when it collided with a semitruck at an intersection in the city of Tishomingo, Oklahoma, about 122 miles south of Oklahoma City, Stewart said. 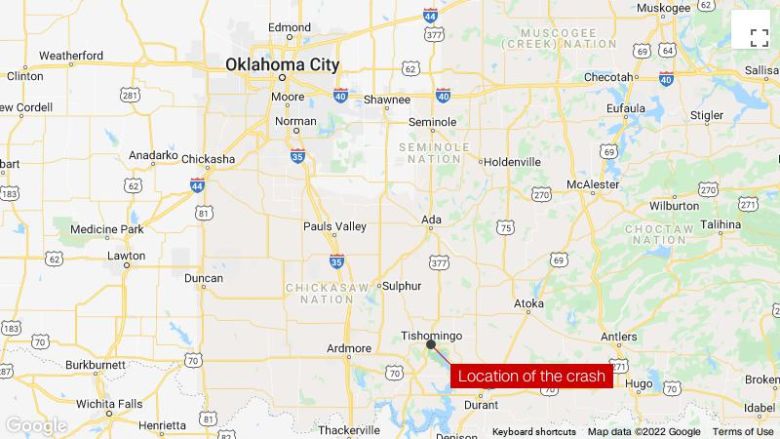 The condition of the semitruck driver is not yet known, Stewart said, along with the cause of the crash.

“Our district has suffered a great loss today involving high school students. Our hearts are broken, and we are grieving with our students and staff,” said Bobby Waitman, Tishomingo Public Schools superintendent, in a statement Tuesday.

“Schools will be in session tomorrow at each campus, but our focus will be the emotional well-being of our students,” Waitman’s statement read.