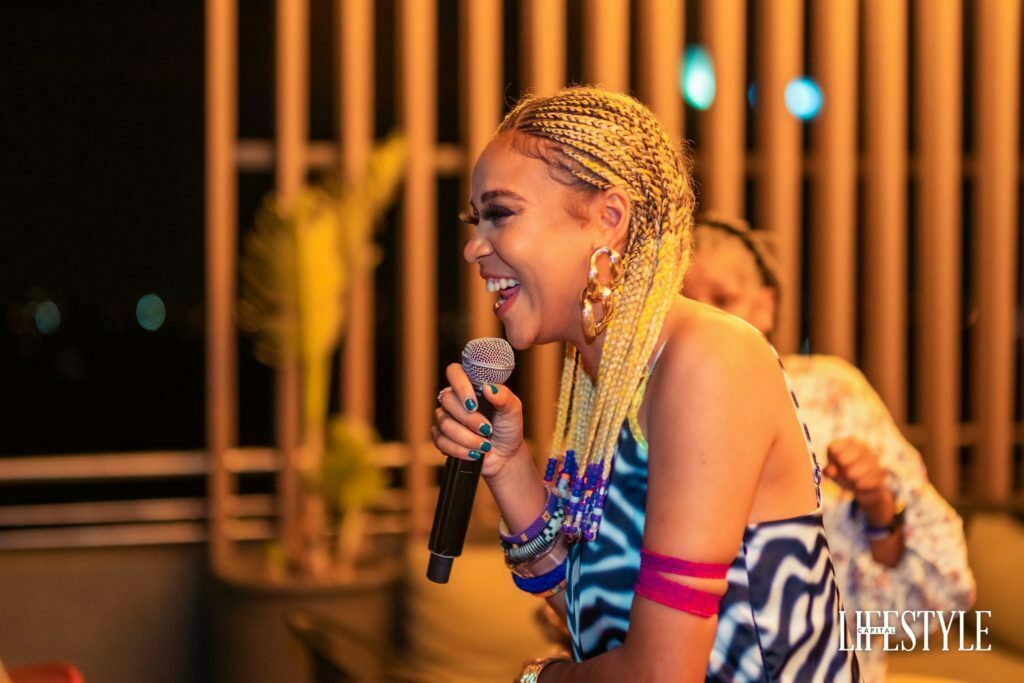 She is undoubtedly one of South Africa’s biggest breakthrough stars in recent times and the entire world absolutely adores and loves her. Just a few years ago, she had the world singing and dancing to her lyrics, “Unajifanya hunioni labda mimi John Cena..”

Known for rapping in a combination of her first language, Xitsonga, as well as English and Swahili, singer, poet, song writer Sho Madjozi is a super talented singer with an amazing soul and vibrant personality that is contagious. She is also unapologetically African, something she proudly wears and proclaims, paying homage to her heritage in all songs and bold fashion style, through her traditional xibelani skirts.

South African Tourism, the national tourism agency responsible for marketing South Africa as a destination internationally and domestically, recently hosted a lovely dinner for media personalities from across Africa who had just concluded a media tour of Johannesburg and Port Elizabeth. The surprise guest was singer Sho Madjozi, South African tourism brand ambassador who graced the occasion. The dinner, held at the rooftop of Radisson RED Johannesburg Rosebank saw the personalities freely mix and mingle with Madjozi, take pictures and literally let their hair down and dance into the night.

This year, Madjozi partnered with SA Tourism to be an ambassador and starred in an incredible video for Travel South Africa, SA Tourism’s official YouTube channel. Sho’s involvement with SA Tourism has been hailed and praised an amazing fit for an artist who is always proudly representing South Africa in her music and live shows around the world – and Xitsonga culture in particular.

South Africa is still the most visited country in Africa, a destination of choice for 15 million visitors annually (both domestic and international). It is a country that is geopolitically distinctive and possesses natural and cultural diversity that supports a globally compelling tourism proposition. The country also has the highest number of UNESCO world heritage centres.

Addressing the media in September 2022, Hon Lindiwe Sisulu, South Africa’s Minister of Tourism noted that “between January and June 2022, 15 million domestic trips were taken. This is a major win for the tourism sector, as this is higher than pre-pandemic levels, indicating that South Africa’s domestic tourism sector also experienced the revenge travel trend. Furthermore, the share of holiday trips has increased by 23,8% compared with the same period in 2021.”

Thanks to the code sharing agreement between Kenya Airways (KQ), Kenya’s national carrier, and South African Airways (SAA), you can easily fly into South Africa, a partnership that is opening more destinations for seamless travel opportunities.

KQ passengers immediately have more choices for traveling into Southern Africa, including Cape Town, Durban, Harare, and Lusaka., while passengers from South Africa have more options to travel to African destinations, including Nairobi, Dar es Salaam, Entebbe, Mombasa, and Kisumu.