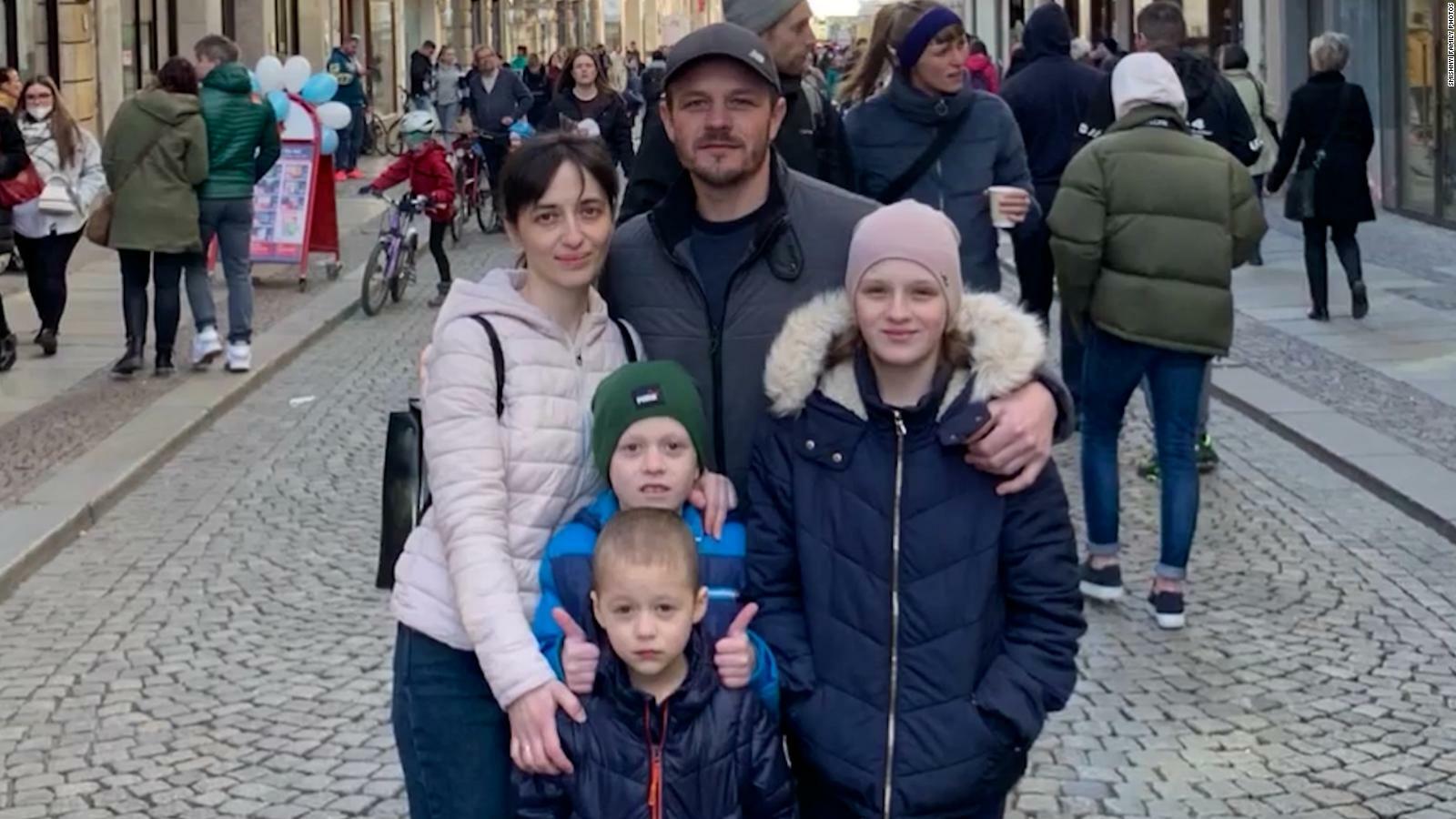 Even as the bombs began to fall, Yevhenia Khomenko didn’t want to leave her home in Kyiv, Ukraine. “I would rather die there,” the 94-year-old said. But eventually, it became too much, and her daughter convinced her to leave the home she had known her entire life.

When Khomenko was a child, she lived through the Great Famine of Ukraine — one that killed millions, driven by Josef Stalin. Years later, she fled her home during World War II as her country was targeted by Adolf Hitler. She’s now had to flee once more over an invasion prompted by Vladimir Putin.

The Russian attacks have reminded Khomenko of the bombing, shooting and violence during World War II. The bombs then, as they are now, were unpredictable, and she recalled running anywhere to escape them. Khomenko returned to Kyiv after World War II to help rebuild the city’s main square, she said. Now, she’s worried the city may never be the same — and that, given her age, she may never return.

Her 73-year-old daughter, Raisa Makhnovets, is also worried about that fate. Through tears, she told how difficult it was to persuade her mother to leave Kyiv, and how their attempts to do so quickly became a “horror movie.”

They had no other family in the city, and first spent two days in a bomb shelter before trying to flee the country by train. The station was overrun with others trying to do the same.

“I just couldn’t believe it was actually happening. The train station was scary,” Makhnovets said, speaking in Russian, as many Ukrainians do, and translated. “So many people with their kids and things, just really terrifying. The first train left without us, then the second. It was so cold waiting there overnight. There were even newborn babies.”

Makhnovets said it took roughly 20 hours to get from Kyiv to Lviv, in the western part of Ukraine, and then out of the country altogether. She and her mother were then able to fly to the United States on a visa they had obtained years ago. They reunited in Sacramento with five generations of their family, as a great great grandmother and a great grandmother.

In Sacramento, Khomenko noted the peace in the California air.

“It hurts in my soul, for my home, where I lived. But here it’s quiet, I don’t hear anything. I have a home, and I want to go home. I want to be in my own home. But the circumstances forced us to come here. Just go wherever necessary not to have to see the war,” she said, in Russian.

Her feelings now are familiar to those from a lifetime ago, Khomenko said, but in her youth, she didn’t really understand war in the way she does now.

She told “I wish you a good life and to not have to endure what we’ve had to. I hope for friendship between us and all peoples.”

Seeking refuge in the United States

As of late March, there are more than 3.5 million Ukrainians who have been forced to abandon the lives they once knew in search of new ones, but only a fraction of them have ended up in the United States.

The Biden administration recently committed to welcoming up to 100,000 Ukrainians, but so far, it has been difficult for them to get into the US. The few who have, have had success through the Mexican border — in some cases being granted entry through what’s known as humanitarian parole, which allows temporary admission for urgent humanitarian reasons or significant public benefit.

It is “far more complicated and different than you ever imagined,” said Julia Bikbova, an immigration and litigation attorney who was born and raised in Ukraine and recently visited the Mexican border. She told nearly every Ukrainian she spoke to told her, “Your President announced you’re accepting refugees, this is where we are.”

From October 2021 through February, there were just over 1,300 Ukrainians along the southern US border, according to border patrol data. Data on Ukrainians entering the US in the last month will be released in April, the Department of Homeland Security.

While a timeline on Biden’s commitment is still unclear, the current framework for attaining refugee status can take years. So, many have opted to go through Mexico, where a visa is not required for Ukrainians, though they may have to “convince officials in Cancun they’re there for vacation,” said Bikbova. “No one is flying from Frankfurt or Warsaw to Tijuana,” she added.

Those that make it into the United States, through humanitarian parole or otherwise, either find family members or people like Vadym Dashkevych: a Ukrainian-born senior pastor at the Spring of Life Ukrainian Church in Sacramento.

Dashkevych, and other volunteers around the US like him, pick up Ukrainian families once they’re through immigration and help them settle into various cities. For Dashkevych, it’s Sacramento.

In one week this month, he helped seven families find at least a temporary home in the area. But, he emphasized, “family” can include multiple kids, which can add to upwards of 30 people a week.

“The best way to treat them it’s to take them inside our families and inside to American families,” Dashkevych said.

“They need help not only to be on their own, but to help, like, take a cup of tea in the evening, talk, asking questions,” he said, adding they’ve put a call out through their church for people to become host families.

He also works with lawyers and other support services to help these families with their long-term future: starting new lives under quiet skies, far away from the war that has uprooted them so suddenly.

“As of today, that’s not only war, there’s more. They’re just killing people. Regular people. The schools, the kindergarten, the hospitals, and everything”. “It’s gonna be painful. It’s gonna take years and years to go through.”