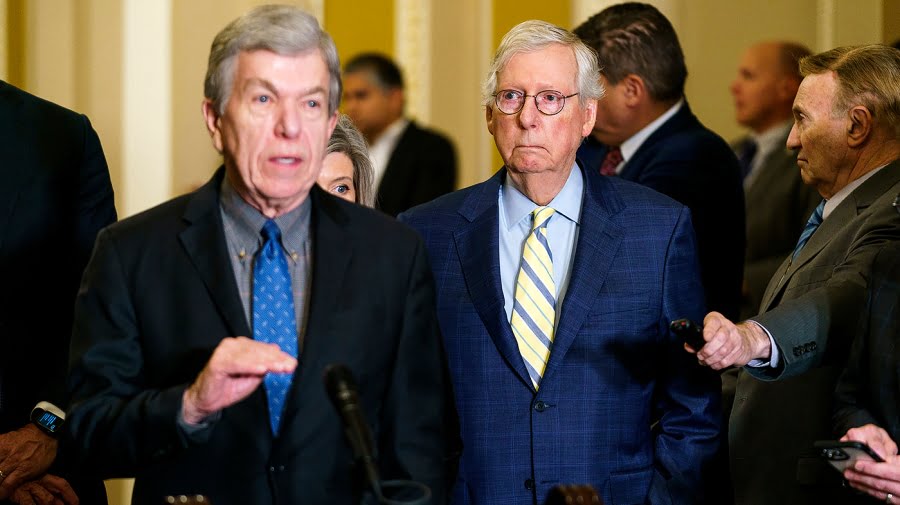 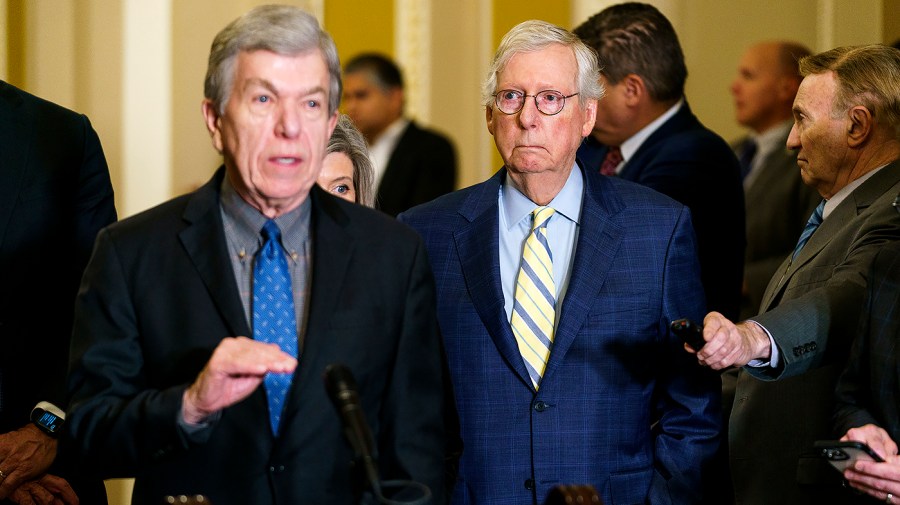 Eighteen Senate Republican rebuked former President Trump this week by voting to clarify that the vice president does not have the power to overturn a presidential election as Trump pressured then-Vice President Mike Pence to do on Jan. 6, 2021.

And several other Republicans, who didn’t vote for the spending package, which included the electoral count reforms, such as Sen. Rand Paul (R-Ky.), previously expressed support for changes to the law to make it tougher to object to the Electoral College’s vote.

GOP senators ignored Trump’s argument posted on Truth Social, his social media platform, that the 1887 Electoral Count Act should be left the way it is “in case of Fraud.”

Republican senators across the political spectrum said they want to slam the door on the notation that Pence had the authority to throw out a state’s slate of electors, which could open the door for future vice presidents to attempt to interfere with the Electoral College’s vote.

“The Electoral Count Act, that statute needed to be fixed and clarified,” Senate Republican Whip John Thune (S.D.) said, referring to the 1887 law that Trump tried to exploit by arguing its ambiguity gave Pence an opening to halt the certification of Joe Biden’s victory in the 2020 election.

“A couple years ago there were a lot of questions raised about it. There wasn’t any question in my mind about what it said but since there are [questions], I think it’s important to nail that down,” he added.

Thune and other Senate Republicans have called on Trump to drop his unceasing efforts to contest the results of the last presidential election, something they see as futile, divisive and harmful with independent voters.

“We’re one election past 2020 and he still seems to be obsessed with that election. Obviously, I don’t think that’s good for him. It’s certainly not good for anybody else, which is why most of us have decided to move on,” Thune said.

Trump in a post on Truth Social Tuesday argued it is “probably better to leave” the Electoral Count Act “the way it is so that it can be adjusted in case of fraud.”

And he also lashed out at Republican critics who argue that Pence never had the authority to halt the certification of Biden’s victory.

“What I don’t like are the lies and ‘disinformation’ put out by the Democrats and RINOs. They said the vice president has ‘absolutely no choice,’ it was carved in ‘steel,’ but if he has no choice, why are they changing the law saying he has no choice?” Trump posted.

Romney countered Trump by pointing out that argument would give Democrats, who now control the White House, the right to block a Republican from becoming president.

“Let’s do something which he’s not fond of doing, which is taking that to the next logical conclusion. On that basis, that means that Kamala Harris would be able to choose the next president. Does he really think that’s the right way to go?” he said.

The legislation states the vice president has solely a ministerial role in presiding over the joint session of Congress when lawmakers certify the results of the Electoral College.

And it raises the threshold to lodge an objection to a slate of electors to one-fifth of the House and one fifth of the Senate — limiting the ability of one or a few disgruntled lawmakers from drawing the chambers into extended debate over the results.

It would also provide for expedited judicial review of legal challenges to slates of electors, putting the matter before a three-judge panel and allow direct appeal to the Supreme Court.

Trump urged Senate Republicans to vote against the omnibus package, which included the Electoral Count Act reforms, in a scathing video posted on his Truth Social social-media platform.

“Every single Republican should vote no on the ludicrous, unacceptable $1.7 trillion omnibus spending bill. It’s a disaster for our country and it also happens to be a disaster for the Republican Party, because they could stop it,” he said.

Sen. John Cornyn (R-Texas), an adviser to the Senate Republican leadership team applauded raising the threshold to raising an objection during a joint congressional session to a state’s electors.

“The idea that one senator or one House members can create a process and some confusion when it comes to counting the electoral votes doesn’t make much sense,” he said. “Raising that threshold so that it just can’t be one off in each makes sense to me and it’s long overdue.”

Cornyn argued there was never any real doubt that Pence didn’t have the authority to overturn the results of the 2020 election.

“We all knew that and we still know that but I think this maybe restores a little bit of confidence and stability to the process and eliminate some of the uncertainty we saw on Jan. 6,” he said.

The reforms to the Electoral Count Act are paired with the Presidential Transition Improvement Act, which is intended to ensure an orderly transfer of power after a presidential election — a reform aimed at Trump’s refusal to acknowledge Biden as the victor of the 2020 election.

Trump’s appointed administrator of the General Services Administration initially refused to sign a letter allowing Biden’s transition team to receive millions of dollars to begin the transfer of power.

The legislation would allow eligible candidates to receive transition resources during the limited time period during which the outcome of an election is in dispute and remove the General Services Administration’s administrator from having to determine the winner before releasing funds.

If neither candidate concedes a race five days after an election, then both could access federal transition money.

Trump lashed out at Democratic and Republican critics after Paul submitted an op-ed to the Louisville Courier-Journal expressing support for the reforms.

Trump linked to Paul’s essay in which the senator argued that “recent elections uncovered defects in Congress’s interaction with the Electoral College” and that federal law “currently leaves ambiguous the role of the vice president.”

Paul said the “political theater” of objecting to the Electoral College’s vote “went too far and culminated in a mob disrupting the joint session of Congress” on Jan. 6.

One Republican senator familiar with the negotiations on the Electoral Count Act reforms said GOP lawmakers knew Trump was opposed to the changes but ignored him.

“He’s against it but we’ve consistently voted for things he’s against,” said the lawmaker who noted that Trump opposed the $1 trillion bipartisan infrastructure, bipartisan legislation to address gun violence, a compromise to raise the debt limit, and postal reform.

Trump blasted the bipartisan gun bill as something that would “go down in history as the first step in the movement to TAKE YOUR GUNS AWAY.”

But the GOP senator said Trump’s criticisms and threats are becoming background noise to many Republican senators who routinely ignore him.

“We’re going to do what we think is best and not be intimidated,” the lawmaker said.

Not all GOP senators, however, think the Electoral Count Act needs to be reformed.

A few of Trump’s strongest allies or lawmakers, who are trying to appeal to his populist base of support, argued the law has worked fine for more than 100 years.

“I’m against fiddling with that law. It’s been on the books now for a century and a half, it has governed all of the presidential elections in that timespan and I think it’s worked fine,” said Sen. Josh Hawley (R-Mo.). “It looks like the first time Republicans use its provisions, the Democrat majority immediately changes it.”

Thirty-one House Democrats and then-Sen. Barbara Boxer (D-Calif.) objected in January 2005 to then-President George W. Bush’s victory in Ohio during the 2004 presidential election. And House Democrats objected to Trump’s victory in the 2016 election but failed to win any Senate support for the objection.