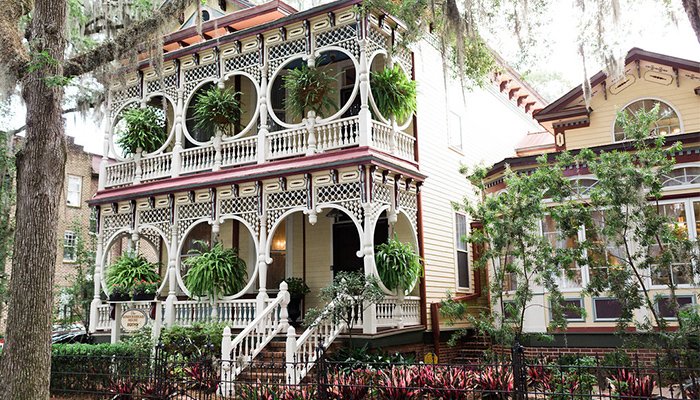 Victorian architecture is a series of architectural revival styles in the mid-to-late 19th century. 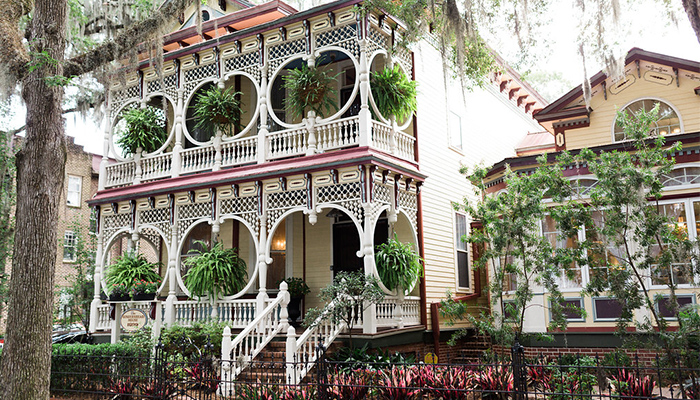 Victorian refers to the reign of Queen Victoria (1837–1901), called the Victorian era, during which period the styles known as Victorian were used in construction. However, many elements of what is typically termed “Victorian” architecture did not become popular until later in Victoria’s reign, roughly from 1850 and later. The styles often included interpretations and eclectic revivals of historic styles.

Features of the style include:

The district includes the Asbury United Methodist Church, a historic church building built in 1887. The Georgia Trust for Historic Preservation‘s listed it on its of Places in Peril in 2009.

Below is the Victorian Chestnut House, c 1897.

Its roof’s angles, twin copper-topped porches and colorful exterior and towers and turrets reflect the Victorian influence. It is located at 701 Whitaker Street.

Below is the Whitman Mansion, a 19th century Queen Anne Victorian home.

Overlooking Forsyth Park, The Whitman Mansion is available as a venue for weddings and other events. Its octagonal turrets and gables reflect the influence.

Below is Amethyst Garden, one of the most romantic Victorian homes in Savannah. ​ 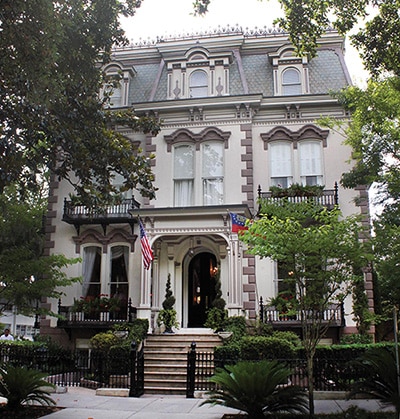 Built in 1873, the Hamilton-Turner House sits at 330 Abercorn St., just off Lafayette Square. It is now a luxury inn. The three-story mansion survived Savannah’s fire of 1898 that nearly destroyed the nearby Cathedral of St. John the Baptist. This was, in part, due to the Connecticut limestone roof.