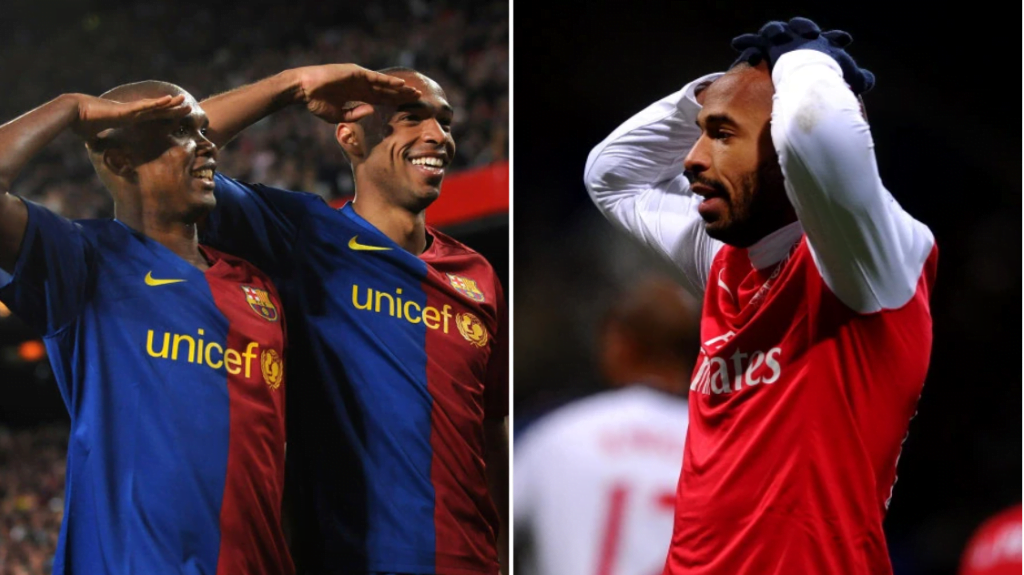 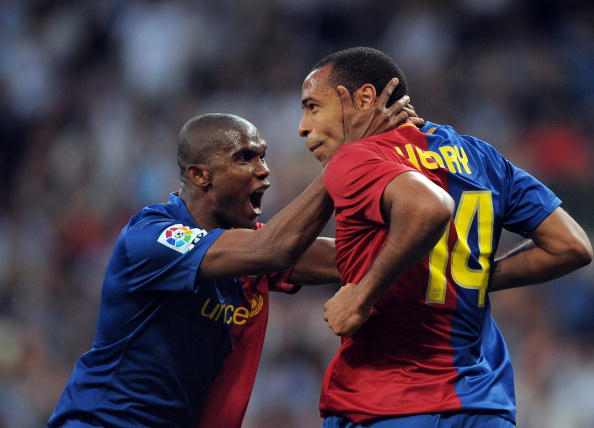 Samuel Eto’o has aimed a major dig at his former Barcelona teammate Thierry Henry and claimed the Arsenal legend was an inferior striker, even at his peak.

Henry is widely regarded as the greatest player in Premier League history and was the jewel in the Arsenal crown that went an entire season unbeaten during the 2003/04 campaign.

The France World Cup winner joined Barcelona in the summer of 2007 and after initially struggling at Camp Nou became an integral part of Pep Guardiola’s side that swept all before them on the way to the treble in 2009.

Eto’o and Henry played together for two years prior to that landmark achievement after which Eto’o joined Inter where he won another treble under Jose Mourinho.

The former Chelsea and Everton striker claims Henry wasn’t at his level and believes Nicolas Anelka, Henry’s predecessor at Arsenal an another ex-Blues centre forward, Nicolas Anelka was a superior goalscorer.

He said: ‘I think Thierry Henry was not at the level of Anelka.

‘Titi was good, but I knew players. I preferred other players. In any case, he was not at my level. The luck or the bad luck that I had me, was not to play for France.

‘Those who played in France had plus 70 per cent. It’s not because they were strong, but because France sells them better. They sold them to us and brought them up to our level.’

Eto’s criticism comes in the wake of Henry suggesting that current Arsenal striker Gabriel Jesus will struggle to his the 20-goal mark this season despite the Brazil international’s positive start his career in north London.

After coming on as a late substitute in Thursday’s defeat at PSV Eindhoven, Jesus has now gone six matches in all competitions without a goal.

Speaking earlier this week, Henry was asked if Jesus would break the 20-goal barrier and said: ‘Jesus is a guy who can put more pressure.

‘Then you have the likes of Gabriel Martinelli and Bukayo Saka, who can do wonders.’