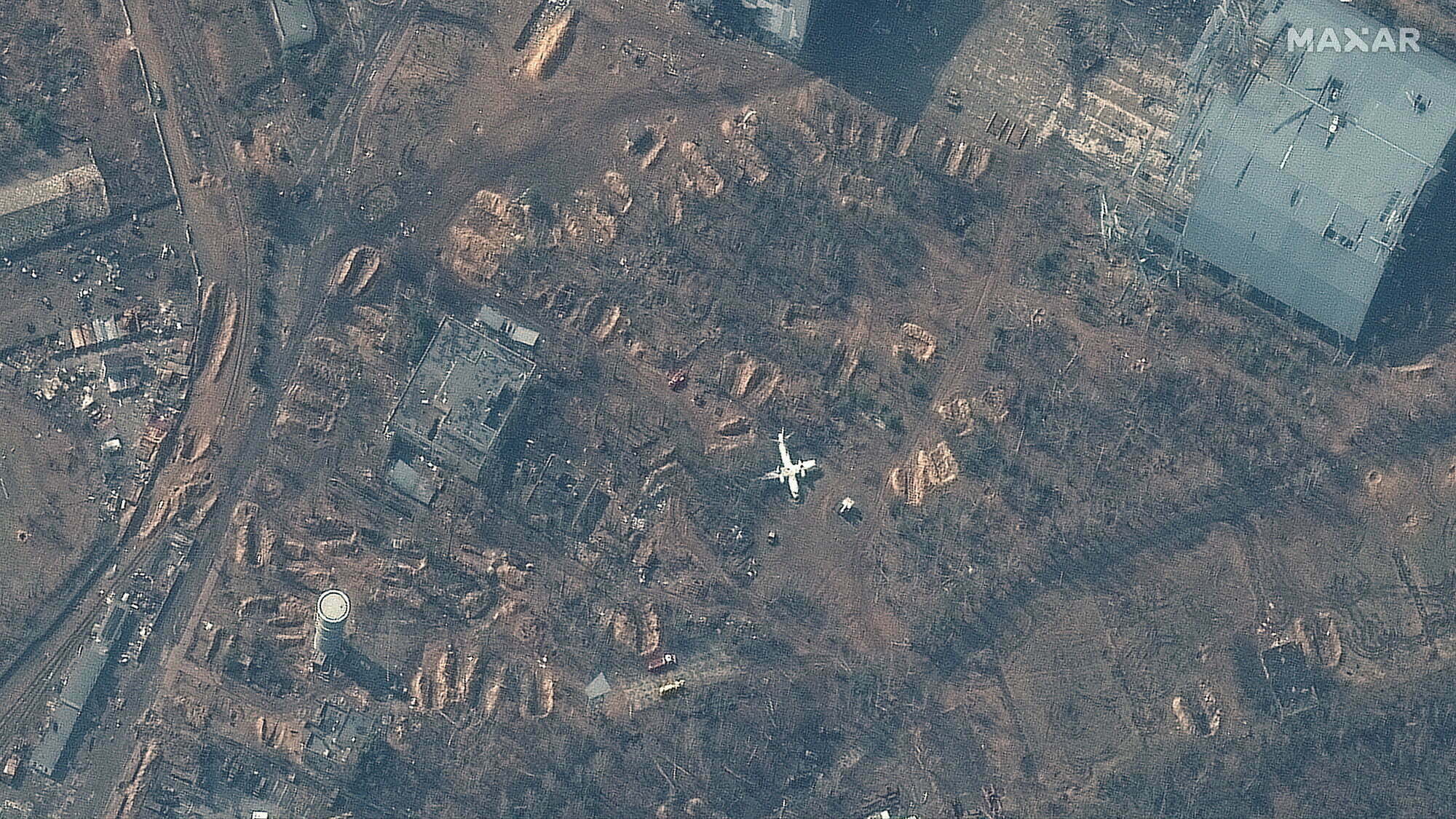 New satellite images show Russian forces have withdrawn from the Antonov Airport in Hostomel, 18 miles (about 29 kilometers) northwest of the Ukrainian capital, Kyiv.

The images, taken Thursday by Maxar Technologies, confirm earlier information from an official with the US Department of Defense, they believed the Russian military had likely left the airport

Previous satellite images showed the Russians had constructed protective earthen berms around military vehicles and artillery positions after weeks of digging in at the airport. Now, just the berms remain.

The capture of the Antonov airfield was the first major victory notched by the Russians on the first day of the war — Feb. 24. A number of transport and attack helicopters ambushed the base, and the Ukrainian soldiers stationed there.

Since then, Ukrainian forces held strong against the Russian advance; they never made it closer to western Kyiv. Intense firefights took place along the Irpin River and the cities of Irpin and Bucha, just south of the air base and Hostomel.

Russia’s Defense Ministry released a number of videos praising the ease at which they claimed to have taken the air base. Russian state media echoed those claims, even traveling with troops around the airport as evidence of how safe the area was.

Now, the abandonment is another example of Russia’s waning military success around the Ukrainian capital.

At this time, it’s unclear where the military and artillery vehicles went. Russia has previously claimed it would decrease its military activity around Kyiv. All of the military forces and vehicles that were positioned west of Kyiv came from Belarus.

The Russians aren’t saying if they returned to Belarus, and thick cloud cover is currently preventing any satellite imagery from tracking Russian troop movements in the area.