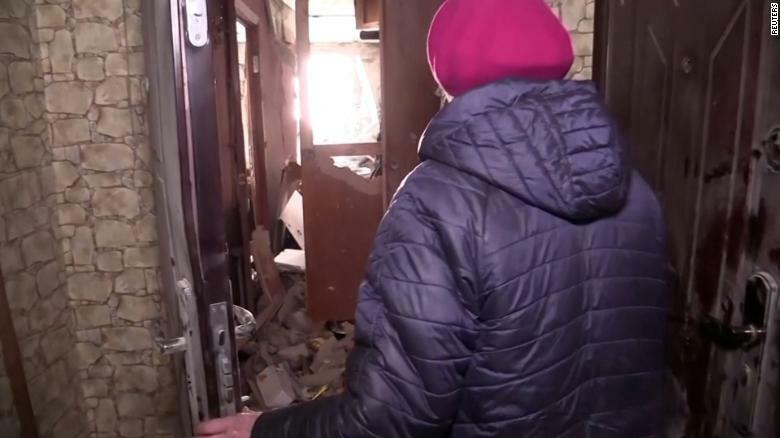 Hopes of an early breakthrough in war-ravaged Ukraine were fading Wednesday as Russian forces continued to pound the cities of Kyiv and Chernihiv, a day after Moscow said it would “drastically reduce” its military assault there.

Officials in Ukraine said there had been no reduction in hostilities overnight and the mayor of Chernihov told a “colossal attack” on his city Wednesday, despite apparent progress in talks between Ukrainian and Russian negotiators in Istanbul, Turkey, the day before.

Images emerged showing the extent of destruction in the besieged southeastern port city of Mariupol, where whole city blocks appear to have been wiped out during weeks of bombardment.

“There was an air alarm throughout the country during the night. In fact, there were no areas without sirens. In the morning they were repeated,” Vadym Denysenko, an adviser to Ukraine’s interior minister, said Wednesday.

Kremlin spokesman Dmitry Peskov said Wednesday that there had been no breakthroughs after the negotiations in Istanbul, but that Russia welcomed Ukraine’s written demands.

A Ukrainian presidential adviser said the previous day that enough progress had been made in the talks to allow Russian President Vladimir Putin and Ukrainian President Volodymyr Zelensky to meet.

Despite those promising words, the situation in the capital, Kyiv, and surrounding areas remained tense on Wednesday. Military strikes continued on Tuesday evening around Kyiv and there were reports of rocket fire overnight.

“In Kyiv, several rockets were shot down over the capital,” said Denysenko. There were also reports of fighting near the northwestern suburb of Irpin overnight, he said.

“So there is no need to say so far that the Russians are reducing the intensity of hostilities in Kyiv and Chernihiv directions,” he said. “We can say that, yes, indeed, certain units and equipment are moving to the territory of Belarus. But it seems to be more like rotation and licking of wounds than a real cessation of hostilities.”

In a video message on Wednesday night, Zelensky said the “alleged pullback” of Russian troops from Kyiv and Chernihiv is not a retreat but a result of the work of the Ukrainian military.

He added that Russian troops are concentrating in the Donbas region for new attacks, saying Ukrainians are “ready for this.”

US officials on Tuesday also voiced skepticism over Russia’s claims. Pentagon press secretary John Kirby warned that Russian troop movement near Kyiv was likely “a repositioning, not a real withdrawal” and that the threat to Kyiv was not over.

The full extent of the devastation in Irpin was revealed in new video taken Tuesday by a Ukrainian NGO.

Filmed after Ukrainian forces pushed Russian troops out of the city at the start of the week, the video shows the wooded suburb reduced to a wasteland, with scattered debris, splintered trees and destroyed buildings all around.

Gunfire and bombing may have stopped for now in Irpin, but there is little sign of life. At least five bodies are seen in the video; it’s unclear how and when they died.

Not much can be heard in the video except for the sound of wind blowing through the few trees that remain standing, the clank of metal sheets, and the dull thud of a distant military strike.

The northern Ukrainian city of Chernihiv, which lies about halfway between Kyiv and the Russian border, has endured intense shelling in recent weeks. There are few signs that the Russian assault on the city is over.

Viacheslav Chaus, head of the Chernihiv regional administration, said the city was under fire from Russian airstrikes while shelling continued through the night. 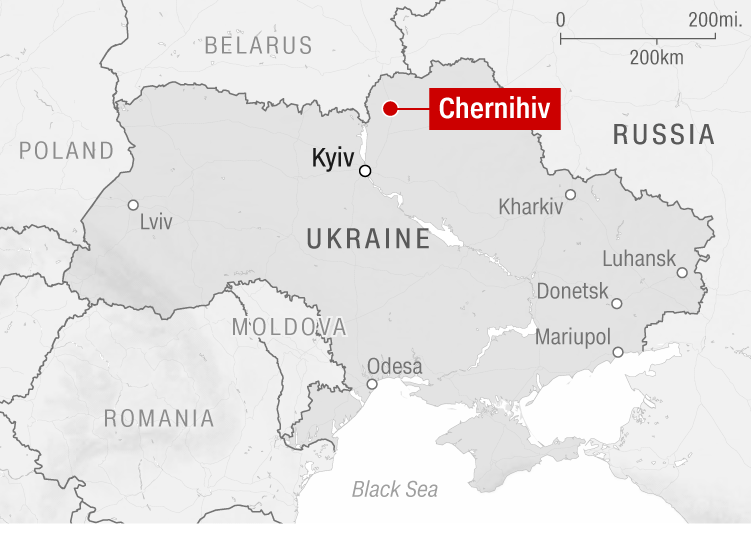 And in an interview with John Berman, the city’s mayor, Vladyslav Atroshenko, hit out at Russia’s claim that it planned to “drastically reduce” its military assault on Chernihiv and Kyiv, saying it was “yet another confirmation that Russia always lies.”

According to Atroshenko, Russian attacks on Chernihiv have actually increased since the claim was made Tuesday.

“They’re saying reducing intensity, they actually have increased the intensity of strikes,” he said. “Today we have a colossal attack on the center of Chernihiv. Twenty-five people have been wounded and are now in hospitals. They’re all civilians. So whenever Russia says something, this needs to be checked carefully.”

In an interview posted on Telegram on Wednesday, Chaus similarly said the situation in the region had not changed despite claims by Russia.

Russian troops had carried out strikes on the city of Nizhyn, he said, destroying “civil infrastructure” as well as “libraries, shopping malls and many residential buildings,” while in Chernihiv there is “no electricity, no water, no heat and no gas.”

Communications are down with “no possibility to restore them,” making it difficult to reach isolated villages, Chaus added. “There are villages where Russian tanks are stationed. We know that there are our people there and the situation is the worst there, because we are not able to get there and bring either medicine or food.”

Ukrainian troops are prepared and are fighting back against Russian troops in the Chernihiv region, he added.

Meanwhile, new satellite images from Maxar Technologies show that entire city blocks in central Mariupol have been obliterated — a level of destruction not previously evident in the besieged Ukrainian city.

With communications in and out of Mariupol non-existent, the images are the first visual update in the past few days that have not come from Russian propaganda.

The images confirm what sensory satellite data from NASA had picked up: Dozens of explosions have taken place in and around Mariupol.

The area just east of the bombed drama theater — where authorities believe about 300 people died in a Russian attack — is in ruins. In one satellite image, the roofs are either missing or have been significantly damaged on nearly every building.

Another sprawling apartment complex in southeastern Mariupol, near the Azovstal iron and steel works factory, has been destroyed. Russian troops and Chechen fighters have been active near that apartment complex.

Another image from Maxar confirms an allegation by Ukraine’s Azov Battalion — a unit that began as an ultra-nationalist militia but has since integrated into the Ukrainian Armed Forces — that the Red Cross warehouse in Mariupol was hit by military strikes.

The satellite images also show survivors of the carnage.

Outside the Metro supermarket in western Mariupol, hundreds of people are seen gathered in lines, waiting to enter the building. Its roof has holes from military strikes.

Mariupol’s mayor estimated that as many as 160,000 people remained in the city as of Monday.