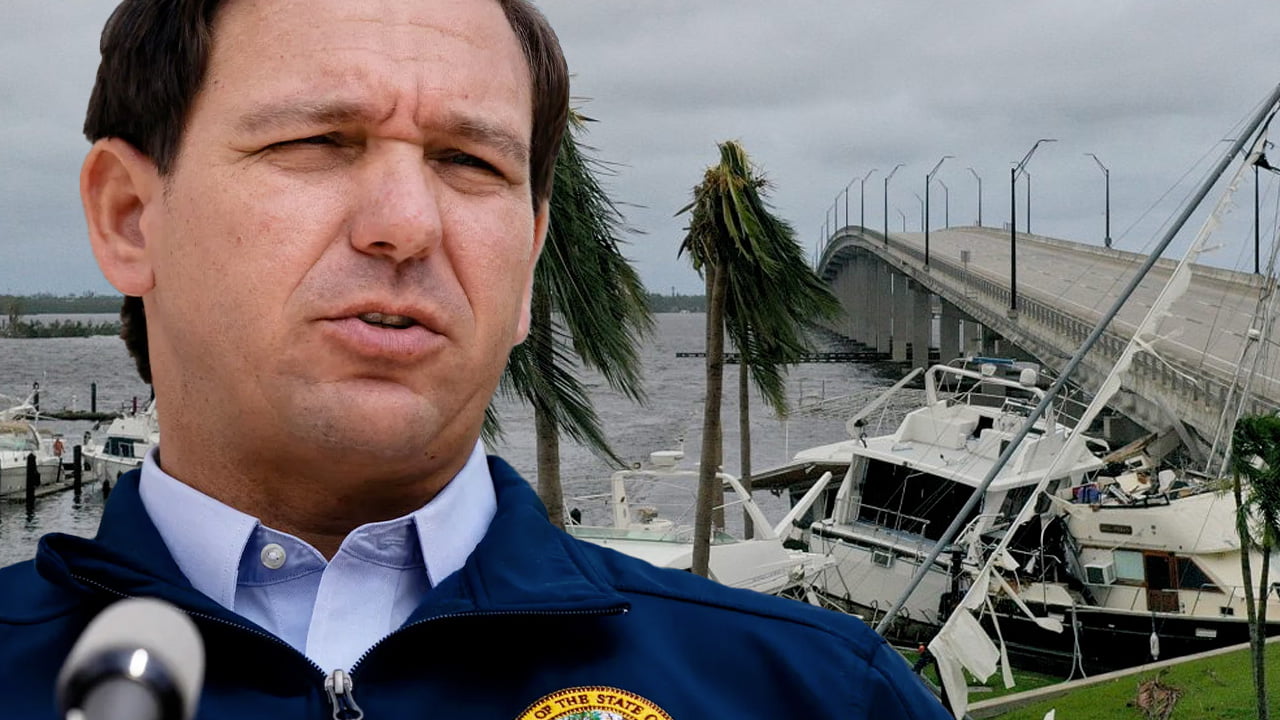 The timeliness of evacuation orders given in Lee County, which took the brunt of Hurricane Ian’s deaths for the state, was justified by Florida Governor Ron DeSantis. It was Tuesday evening, 21 hours before the devastating Category 4 superstorm made landfall on North Captiva Island, when the southwestern county that contains Fort Myers and Cape Coral advised coastal residents to leave their homes.

According to CNN, at least 35 county residents were confirmed deceased, which accounts for more than half of the 66 fatalities recorded in Florida by Sunday morning.

DeSantis defended the timing of the advisory by Lee County authorities, which he said was based on the projections available at the time. Several adjacent counties issued evacuation orders Monday evening or Tuesday early.

He shuts that right down.

🔥His answer is professional, direct & empathetic… with ZERO tolerance for gaslighting.pic.twitter.com/Z8YVgcMXFl

The Republican stated during a news conference on Saturday in a destroyed and flooded Fort Myers that “many were saying this is a direct strike on Tampa Bay, worst case scenario for the state” when he went to bed on Monday night.

Some local leaders said that in the period leading up to the catastrophic incident, the county was deceived into a false feeling of complacency. According to CNN, Fort Myers was not included in any of the storm’s anticipated paths 72 hours before it made landfall in the US, although the barrier islands that Ian initially affected were.

According to Liston Bochette, a member of the Fort Myers city council, “obviously, approximately one time in ten when they warn you, it happens.” This is the one time, I guess. Additionally, fewer individuals fled the area than necessary. And I believe that because this is a small paradise region of the world, we have become complacent and believe that nothing will happen to us.

Andy Boyle, a resident of Sanibel Island, claimed that his wealthy neighbors shared his complacency. According to Boyle, “there are a number of folks who have extremely costly, well-constructed homes on Sanibel and they thought they would be alright with their multi-million dollar mansions built like fortresses.”

According to the story, Boyle survived the hurricane on the island where he also lost his home and two vehicles but considered himself fortunate to be alive.

“There is simply a ton of damage when you travel to the east end of the island. The lighthouse’s neighborhood residences are all gone. The ancient eateries up on the west side of the island are all no longer there. The road leading to Captiva is now a beach,” according to Boyle.

On Sunday, the US Coast Guard planned to conduct watercraft evacuations from Pine Island and Sanibel. The causeway that connects the barrier villages to the mainland had been destroyed, and there were no longer any running ferries.