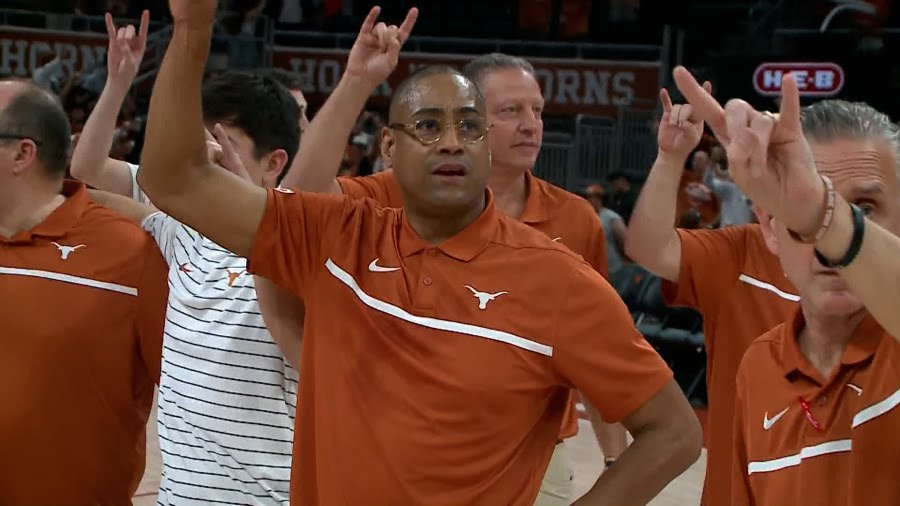 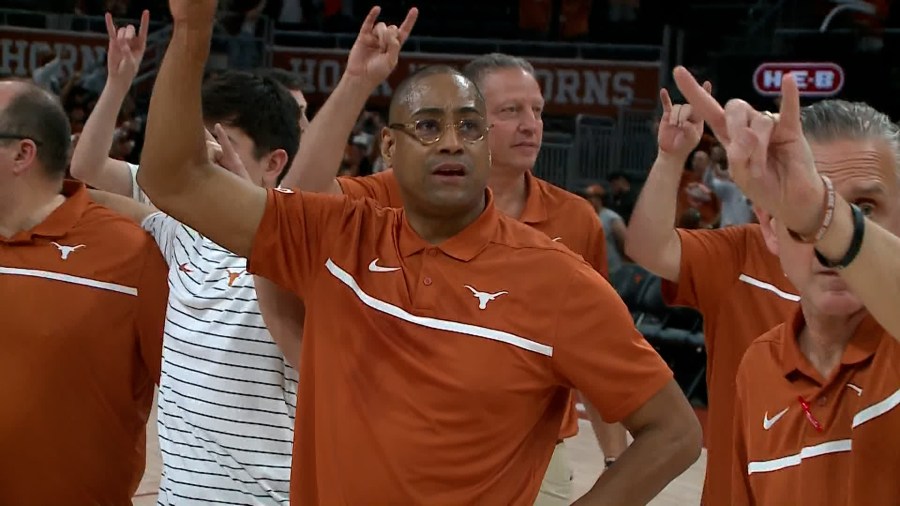 AUSTIN, Texas (AP) — No. 7 Texas had already been through a long, bewildering day, and there was still a game to play.

Coach Chris Beard was arrested on a felony domestic violence charge early Monday. Associate head coach Rodney Terry called the players together to talk, urging them to rally to each other and stay focused on their matchup with Rice.

By tipoff, Beard was out of jail but suspended indefinitely without pay. That left Terry to direct the Longhorns to a tough 87-81 overtime win over Rice.

Terry summed up Monday as a “difficult day.”

“I took our older guys … and really just had a really good talk in terms of there’s going to be things like this the rest of your life. It’s how you deal with them, adapt and adjust. At the end of the day, we have a job to do,” Terry said. “I thought they responded to that well.”

Marcus Carr, a sixth-year guard, scored 28 points for Texas. The school did not make the players available for comment after the game.

Texas has not yet publicly committed to Terry as the acting coach beyond Monday night’s game. Texas doesn’t play again until Sunday in Dallas against Stanford. Terry said the school had not yet talked to him about any future games.

Terry has two previous head coaching stints at UTEP (2018-21) and Fresno State (2011-18). He got a round of applause Monday night when he was announced as the “acting head coach” before tipoff.

Quincy Olivari scored 28 points for Rice, which missed the potential game winner in the final seconds of regulation.

Terry was animated in Beard’s absence, often standing courtside and waving his arms to pump up the crowd in a tense matchup that featured the teams trading baskets for most of the second half.

Beard is in his second season of a seven-year contract that pays him more than $5 million per year. His contract includes a provision that he could fired for cause if arrested on a felony charge. The formal charge is assault by strangulation/suffocation – family violence and carries a possible prison sentence of two to 10 years if convicted.

Beard had Texas (8-1) humming in his second season. After starting 6-0, the Longhorns were No. 2, the program’s highest ranking in more than a decade.

The Longhorns started slow against against the Owls (6-3). Texas trailed at halftime and couldn’t put together the run to finish Rice in regulation.

According to the arrest affidavit, the woman told police she is Beard’s fiance and they have been in a relationship for six years. She said they had been in an argument where she broke his glasses before he “just snapped on me and became super violent.”

According to the affidavit, the woman told police “he choked me, bit me, bruises all over my leg, throwing me around and going nuts.”

Terry said he has not read the specific allegations against Beard or talked to him since his arrest but said, “I love Beard like my own brother.”

Terry said he didn’t know if Beard had tried to reach out to the players in any way. He and Rice coach Scott Pera said they never expected the game to be canceled or postponed.

“I know they went through it today,” Pera said. “I feel for them.”

Rice: The Owls sensed a moment and nearly seized their chance at a big upset with tough rebounding and a heavy diet of backdoor layups against a bewildered Texas defense. Rice twice built 10-point leads in the first half.

Texas: Sir’Jabari Rice scored six points in overtime to help the Longhorns get the win. Texas was 5-of-7 shooting and 5 of 6 from the free-throw line in overtime.

Texas freshman guard Arterio Morris continues to play even while he faces his own misdemeanor domestic violence charge stemming from an altercation with a former girlfriend in June. Morris has played in all nine games this season and scored two points in nine minutes against Rice. He has a court hearing on the misdemeanor charge in Denton County court outside Dallas on Wednesday.