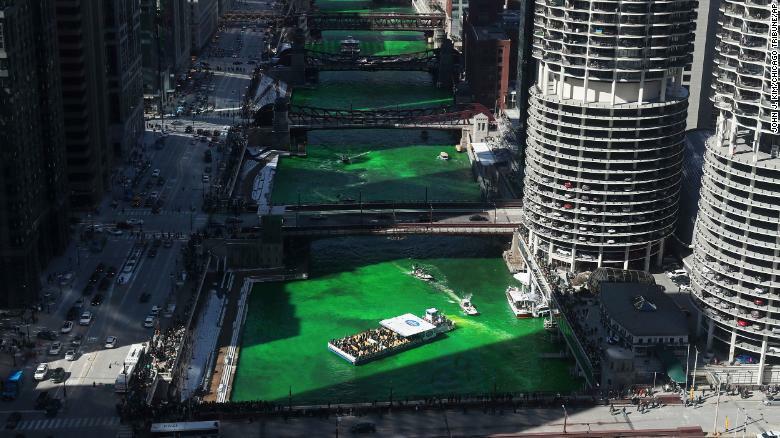 Chicagoans were happy to welcome back a beloved tradition this weekend as the city celebrated St. Patrick’s Day by once again dying its river green and holding its first St. Patrick’s Day parade in three years.

The parade was canceled for the past two years because of Covid-19. Last year, the city surprised residents by dying the river green — a decades’ long tradition — without announcing it beforehand so as not to attract crowds during the pandemic.

Throngs of people turned out Saturday despite the bitter cold and snow.

“This is amazing after all those years of suffering, and the sun is out,” said Onur Celik, who was on the scene, according to CNN affiliate WLS.

The tradition started in 1962 with a dye plumbers used to test for leaks in pipes. Now, the city uses a more environmentally friendly powder made from vegetables. The powder is actually orange, and the fact it turns the water green led to the locals calling it “leprechaun dust.” The recipe is a closely held secret.

Even Irish visitors were impressed, according to WLS.

“It’s unbelievable,” Cathal Rasmussen, who was visiting from Ireland, told the affiliate. “Super city and we’re so happy and so proud to be here. We’ve had a great week and we’re hoping to come back again next year.”