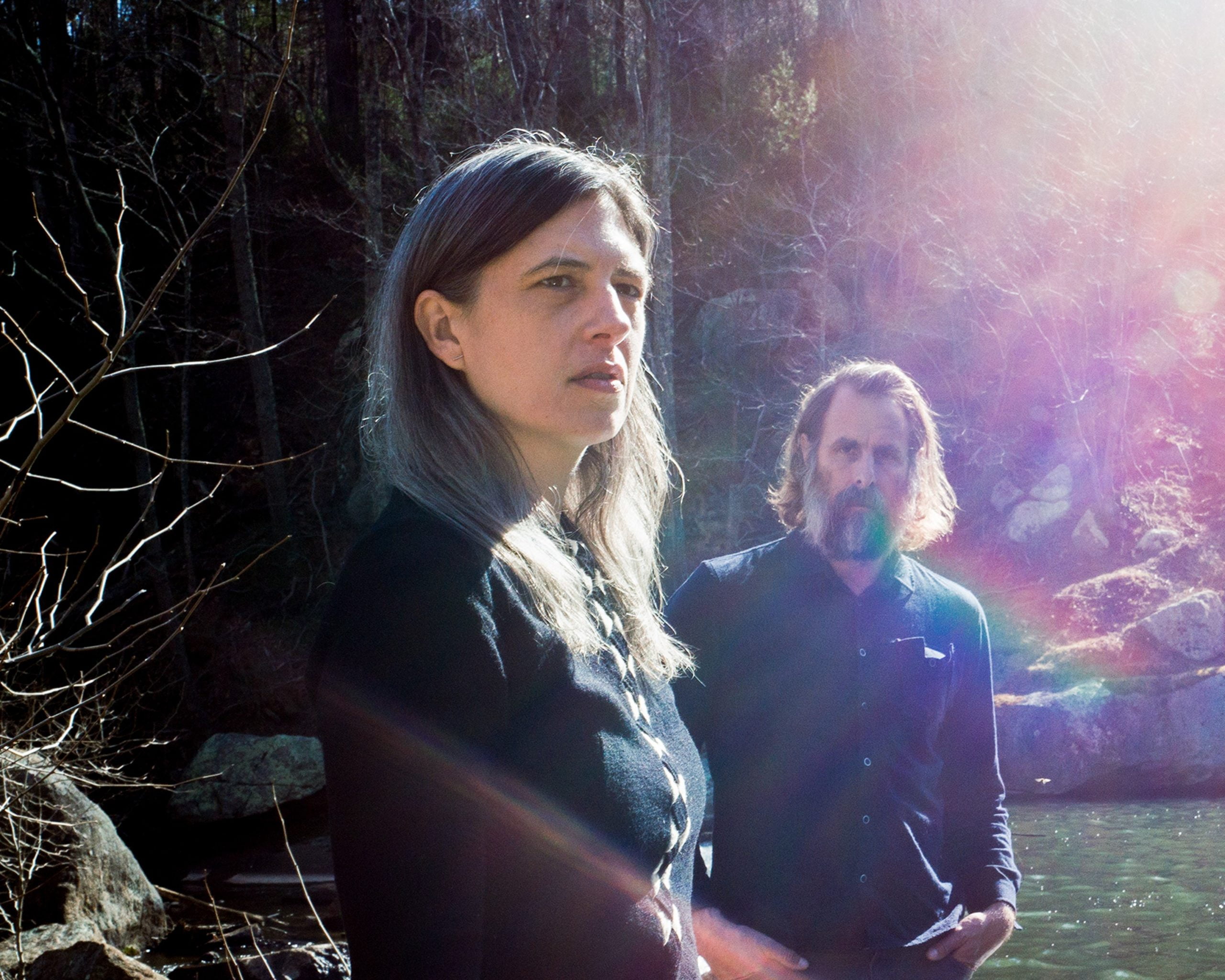 One thing is missing from the forthcoming album by Richmond-based indie folk duo Lean Year: You.

Inside the roomy arrangements and stately pacing of “Sides,” which is due out on the Western Vinyl label on Sept. 2, there’s a place for each listener.

“It’s really nice if the audience feels like something’s missing,” says Rick Alverson, who provides backing vocals and various instrumentation. “They fill that space with their anticipation and their frustration, or their patience. There’s a space for them in the song. I’m hell-bent on that shit.”

When Lean Year was making “Sides,” absence was all around them.

Alverson lost both of his parents within a year; first his father, in April 2020, then his mother, who is pictured on the cover of “Sides,” the following February. Both struggled with dementia prior to their deaths. Singer Emilie Rex’s mother fought cancer into full remission around that time, but just three days before Alverson’s mother passed, the couple was forced to put down their family dog, Orca.

Amid that cascade of loss came music whose sparseness is anything but lonely — nine songs that show how art can be one side of a two-way conversation.

Key to this alchemy is the stylistic conversation inside the band. Rex and Alverson met in 2010, and the first song they wrote together, “Bad Woman,” dates all the way back to May of that year. Rex eventually moved from Bloomington, Indiana, where she went to graduate school and worked in the Indiana University sustainability office, to Richmond, joining Alverson who’s lived here since 1994.

While Rex has since transitioned into consulting, Alverson spent the decade in between the last release from his previous band, Spokane, and Lean Year’s 2017 self-titled debut writing and directing feature-length films, including a breakthrough in 2015 with “Entertainment.” You’d be hard pressed to find a film that unfolds with more exquisite deliberation and ambiguity.

Alverson says he’s always skipped to the slowest songs on the albums he loves — a trait that provides counterbalance within Lean Year.

“There’s a friction between us about instincts,” Alverson says. “It pulls in different directions and creates a kind of dramatic conflict in the thing inherently. But I’m predisposed to slowing everything to quarter time. I can keep up with it that way. It makes sense to me.”

The setting where “Sides” was recorded lent itself to that approach. The duo traveled to the Galien, Michigan, home studio of Erik Hall, who is listed alongside Alverson as co-producer of “Sides,” just as he was for Lean Year’s first full-length. “It’s a literal one-horse town,” Rex notes. The process of refining arrangements was pleasantly unhurried, reflecting the close collaborative connection between Alverson and Hall, who makes music of his own as In Tall Buildings.

“There was a lot of assembling and dissembling parts of the instrumental pieces,” Rex recalls. Accompaniment ranges from saxophone and clarinet to Wurlitzer and Mellotron, though the mix is far from crowded. “Rick and Erik worked really well together to build things up and then be able to take things apart again in a way that continued to come back to that same balance around ‘Is there enough space for people to be able to move around and sit in the songs in a different kind of way?’”

Rex and Hall met as undergraduates at the University of Michigan, and having an opportunity to catch up was half the motivation for heading to Galien. “It’s a beautiful home that he’s set up with his wife, Abra Berens, who is a very accomplished chef and food sovereignty activist and culinary author,” Rex says. “She’ll very often return home and somehow at the end of the day make us some incredible meal … They’re some of our very close friends, so it always feels like we’re making a record as an excuse to hang out.”

As closely connected as the duo was to Hall and his home studio, that connection runs even deeper now. Alverson wrote “Legs,” the opening track of “Sides,” the day Orca died. Within 12 hours of that loss, he found out his mother’s life was nearing an end.

“It’s very visual in our minds,” Rex says, “because we have the physical memory of him writing it and being in the basement of Erik’s house … We slept in Erik’s house that night because we had heard that Rick’s mom was potentially not doing well and were thinking that we would have to leave very early in the morning.”

“Legs” is the most lyrically direct song on “Sides,” reacting to Orca’s trouble standing, a symptom Alverson’s mother exhibited as well. “Can you lift me up?” Rex asks over weighty, minor-key kalimba and piano strokes. The question resonates in both literal and figurative senses, and as the song goes on, the distance between those meanings becomes vast, laying bare the impenetrable singularity of dying.

“People die alone in the most direct sense,” Rex says, “but I think there are some things about the people around them trying to understand how they can interact with that experience, and coming to terms with the limitations of it.”

“Ultimately, you can’t interact with it,” Alverson adds. “It is the antithesis of the interactive experience, because that’s letting go.”

As anyone who has lost a parent knows, the process of letting go doesn’t end there. Unfortunately, the pandemic delayed the memorial service for Alverson’s parents until last summer. But as extended family gathered in Spokane, Washington, where Alverson was born, there was an opportunity to reflect and sort through old photos. The one on the cover of “Sides” was taken in 1955, and while others were considered for that spot — a photo of his parents’ wedding day appears in the inner layout — the cover shot manages to pay tribute while also nodding to the period in which the album was made

“Because of both the stress and the unreality of her psychic experience, it just fractured everything,” Alverson explains, “in both beautiful ways and horrific ways, for our whole family. She was like the patron saint and the troublesome little devil of the whole pandemic for us.”

The album’s sixth song, “Bend,” shares one of the hallucinations Alverson’s mother experienced: chrysanthemums on a hospital floor. A few tracks earlier, “End” conveys its own sense of disorientation. Rex’s voice reaches upward to intone, “Don’t know where I am / don’t know where I’ve been,” each word dissipating like vapor. It’s one of several spots — the chorus of “Nitetime” is another — where lyrics land indelibly while sounding transitory, like a memory you’re left to reconstruct. It’s fitting for a band that wants listeners to truly engage.

“There’s so much content that is so complete and compact and digestible and it isn’t messy,” Alverson says. “There’s a trend toward that clarity. Everything is ‘What’s the story? What’s the narrative?’ It needs to be able to be bought and sold and compact and moved, and it’s really unlike living. That’s a shame.”

“We’re both atheists,” Rex says, “and we talk a lot about the power of music bridging that space between the body and the mind, and taking you outside of your head, and tapping into this very secular spiritual space. I do feel like it is the perfect state to process those liminal emotions, where you’re seeing someone make that transition from living in the world that we live in, to not, and not knowing where they’re going.”

Lean Year’s “Sides” will be released on Sept. 2 on Western Vinyl. To pre-order the album, visit leanyear.bandcamp.com. The band is touring in November and you can check here for dates.