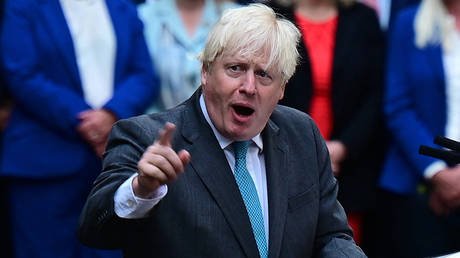 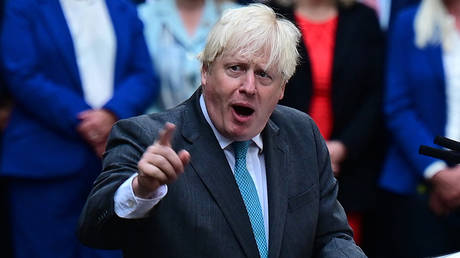 Former PM might have missed out on earning at least £10 million if he lost Conservative Party leadership race, Observer reports

Boris Johnson was thinking about his lucrative entertainment contracts from speeches and memoirs when he decided to withdraw from the contest to replace Liz Truss as British prime minister last month, informed sources in the industry have told The Observer.

The defeat at the hands of fellow Tory contender Rishi Sunak, who eventually became the PM, would’ve resulted in Johnson’s appeal to the global audience disappearing, the weekly paper reported on Sunday, citing sources close to US entrepreneur Ari Emanuel, who owns Endeavor Talent Agency.

This would’ve seen the politician, who was premier from 2019 to 2022 and announced his resignation in July after a series of scandals, losing at least half of his earning power, which is currently estimated at around 20 million pounds a year, according to the sources.

The unnamed entertainment industry representatives claimed that financial considerations played a part in Johnson’s decision not to seek the top job at 10 Downing Street again, despite many Conservative MPs being in favor of his comeback.

The ex-prime minister’s spokesman insisted that money reasons had nothing to do with his withdrawal from the leadership race.

Johnson had been on vacation in the Dominican Republic but swiftly flew back to the UK when Liz Truss announced she was quitting after only six weeks in office. However, on his arrival to London the 58-year-old said that trying to become PM again “would simply not be the right thing to do” at the moment.

“You can’t govern effectively unless you have a united party in parliament,” the former prime minister pointed out, referring to the Conservatives being split between him and Sunak.

Since resigning as head of the government, Johnson is known to have been involved in negotiations with entertainment and talent agencies, including Endeavour and the Harry Walker Agency (HWA), which works with the likes of Bill Clinton and Barack Obama, according to The Observer.