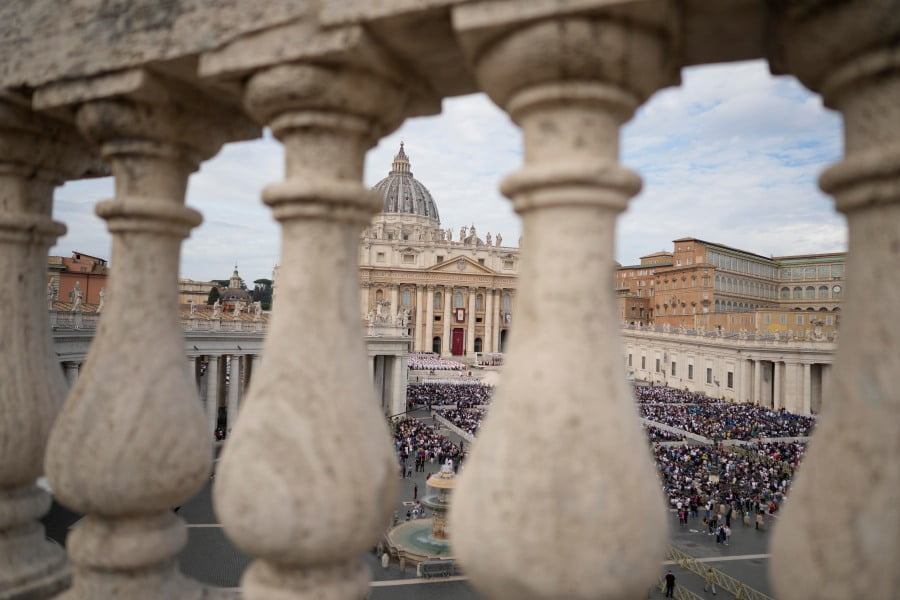 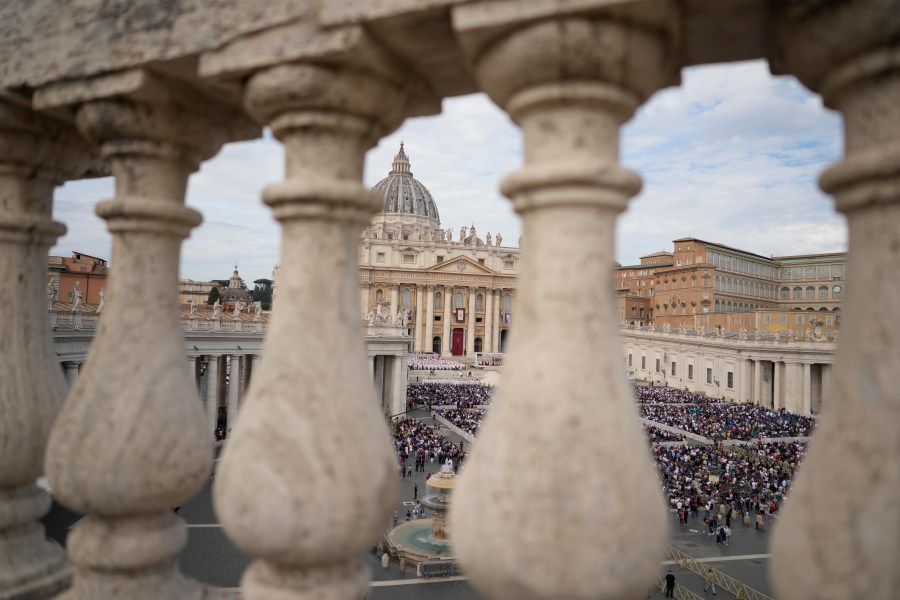 VATICAN CITY (AP) — Pope Francis on Sunday denounced Europe’s indifference toward migrants risking their lives to cross the Mediterranean Sea as he elevated to sainthood an Italian bishop and Italian-born missionary whose work and life paths illustrated the difficulties faced by 19th Century Italian emigrants.

Frances departed from prepared remarks to slam Europe’s treatment of migrants as “disgusting, sinful and criminal.” He noted that people from outside the continent are often left to die during perilous sea crossings or pushed back to Libya, where they wind up in camps he referred to as “lager,” the German word referring to Nazi concentration camps.

He also recalled the plight of Ukrainians fleeing war, which he said “causes us great suffering.”

“The exclusion of migrants is scandalous,’’ Francis said, generating applause from the faithful gathered in St. Peter’s Square for the canonizations of Don Giovanni Battista Scalabrini, an Italian bishop who founded an order to help Italian emigrants in 1887, and Artedime Zatti, an Italian who emigrated in 1897 to Argentina and dedicated his life as a lay-worker there to helping the sick.

He urged the faithful to consider the treatment of migrants, asking: ‘’Do we welcome them as brothers, or do we exploit them?”

The pontiff said the two new saints “remind us of the importance or walking together.”

Francis said that Scalabrani showed “great vision,’’ by looking forward “to a world and a Church without barriers, where no one was a foreigner.” And the pontiff called Zatti “a living example of gratitude” who devoted his life to serving others after being cured of tuberculosis.

Scalabrini founded the Missionaries of Saint Charles Borromeo, known as the Scalabrian Fathers, and the Missionary Sisters of Saint Charles Borromeo Scalabrians, to minister to the many Italians who left their homeland due to what he wrote were the combined effects of an agricultural crisis, social change, a poorly managed economy, exorbitant taxation and “the natural desire to improve one’s condition.”

Disturbed by statistics on Italian emigration that swelled to 84,000 in 1884 alone, Scalabrini wrote that the mass emigration and separation of families would “help strew white the lands of America with their bones.”

He died in 1905 in Piacenza, where he was bishop, and was beatified in 1997 by St. John Paul. Pope Francis dispensed of the requirement of having a miracle attributed to him after beatification.

The order he founded currently operates 176 missions around the world, including 27 migrant shelters and 20 schools and centers for children.

Francis, himself the son of Italian immigrants to Argentina, has recalled being inspired by Zatti’s life while he was Jesuit provincial superior in Argentina, saying the numbers entering the order increased after he prayed for his intercession.

Zatti was one of eight children born to a farming couple in northern Italy that emigrated to Argentina in 1897 when he was a teenager.

After entering the Salesian order at age 20, Zatti fell ill with tuberculosis and was sent to a Salesian-run hospital in northern Patagonia to be treated. He made a vow to serve the sick and poor for the rest of his life if he recovered. Zatti went on to work in the same hospital for 40 years, serving as a nurse in the pharmacy and later as an administrator.

His fame for treating the ill attracted the sick from all over Patagonia. Zatti was known to travel the city of Viedma with his bicycle with a medical case to help the sick. The pontiff on Sunday also recalled an occasion when he was seen removing the body of a patient who had died during the night, to prevent the sick from seeing the body.

Zatti died in 1951, and was beatified in 2002. Paving the way for canonization, Francis signed the decree recognizing Zatti’s intercession in the healing of a man in the Philippines who had suffered a brain bleed.